A look back at Asian, European PET markets in 2018: Global tightness pushes prices to multi-year highs

by ChemOrbis Editorial Team - content@chemorbis.com
Spot PET markets in Europe and Asia were mostly on a bullish run in the first three quarters of 2018, sustaining the firming trend that was mostly in place since the second half of 2017. Prices hit multi-year highs in June in Asia while Europe reached its peak in September.

The bullish trend was primarily driven by planned and unplanned production outages at upstream and downstream units across the globe which paved the way for cuts or shifts in allocations.

After following a mostly bullish trend since around May 2017, export PET prices out of China extended their gains into 2018 despite the low season. Strong upstream markets, where crude oil hit a three-year high in early 2018, plant shutdowns and healthy demand from overseas markets were cited as the reasons behind the bullish run.

According to ChemOrbis Price Index, China’s export PET market reached its peak as of early June, marking a nearly 5-year high on average. Data reveal that prices rose by around 55% from May 2017 to June 2018.

In Southeast Asia’s import markets, a similar trend was observed. As can be seen in the below graph created by ChemOrbis Price Index, average prices in several markets including the Philippines, Indonesia, Thailand, Malaysia and Vietnam reached their highest levels not seen since September-October 2013 in early June. 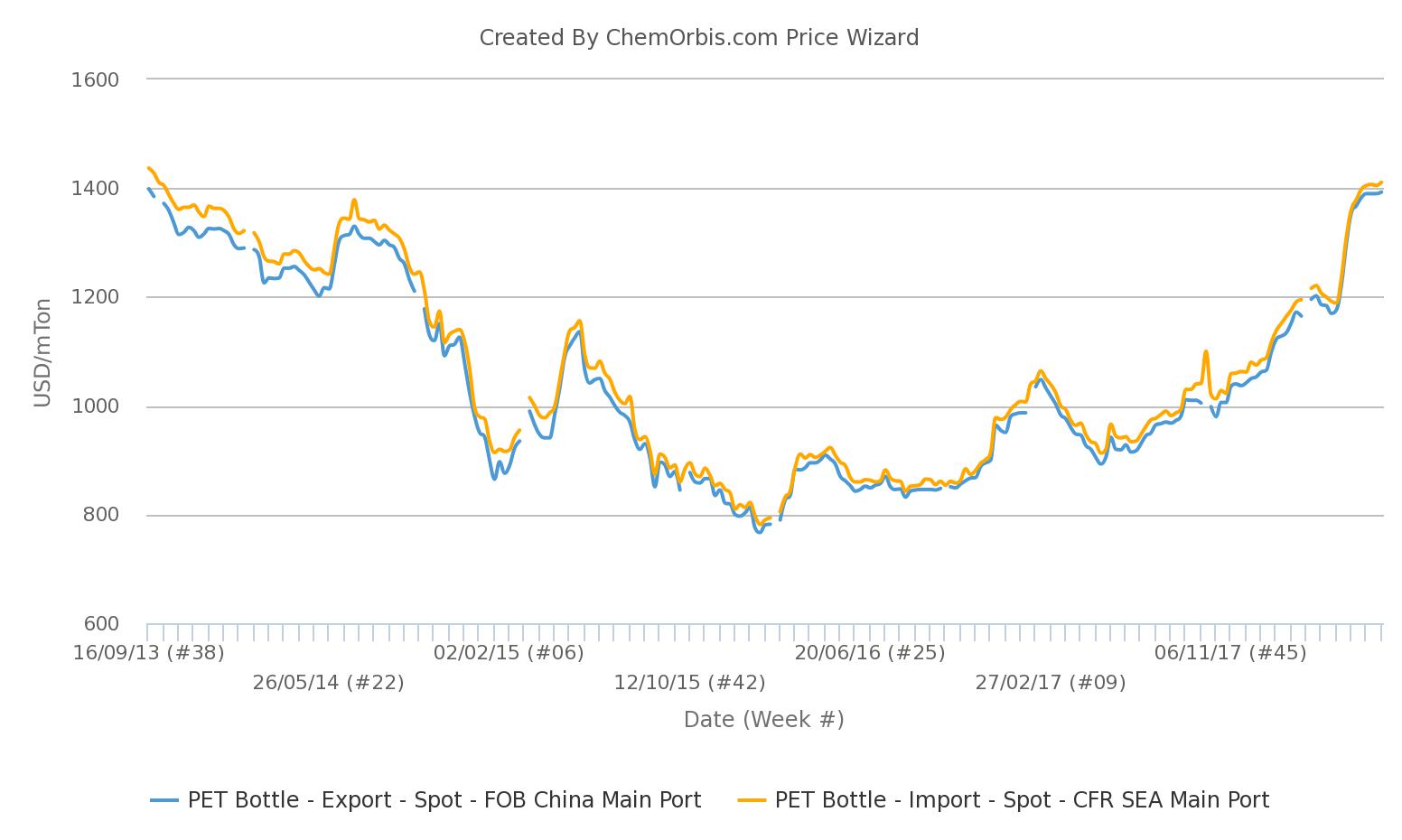 Healthy demand, driven by the high season, paved the way for ceaseless increases during the April-June period both in European and Asian markets.

European PET prices have been steadily increasing since November 2017 while the upward momentum gained speed in Q2 due to a number of factors including boosted demand, shortness of PET resin and feedstock PTA as well as supportive upstream costs.

Not only the seasonality but also supply concerns contributed to the bullish run of PET prices.

BP’s declaration of force majeure as of early April added to the bullish trend in Europe’s downstream PET market. Supply shortness was exacerbated by JBF’s force majeure from one of its PET lines in Geel due to the disrupted PTA supplies from BP’s plant.

In Europe, spot PET prices moved steadily upwards for 10 months in a row until they peaked in the second week of September this year. Tight supplies in the spot market and limited flow of imports sent PET prices to their highest levels in six and a half year in Italy.

ChemOrbis Price Index reveals that the weekly average of spot PET prices in Italy reached their highest levels since March 2012 while prices in Northwest Europe hit all-time high levels since ChemOrbis started to keep records in 2014.

Downturn kicked off in Q4 both in Asia and Europe

The downturn started right before the last quarter in China while Europe followed it lower in October. ChemOrbis Price Index suggests a cumulative decrease of around 20-21% on average since then. 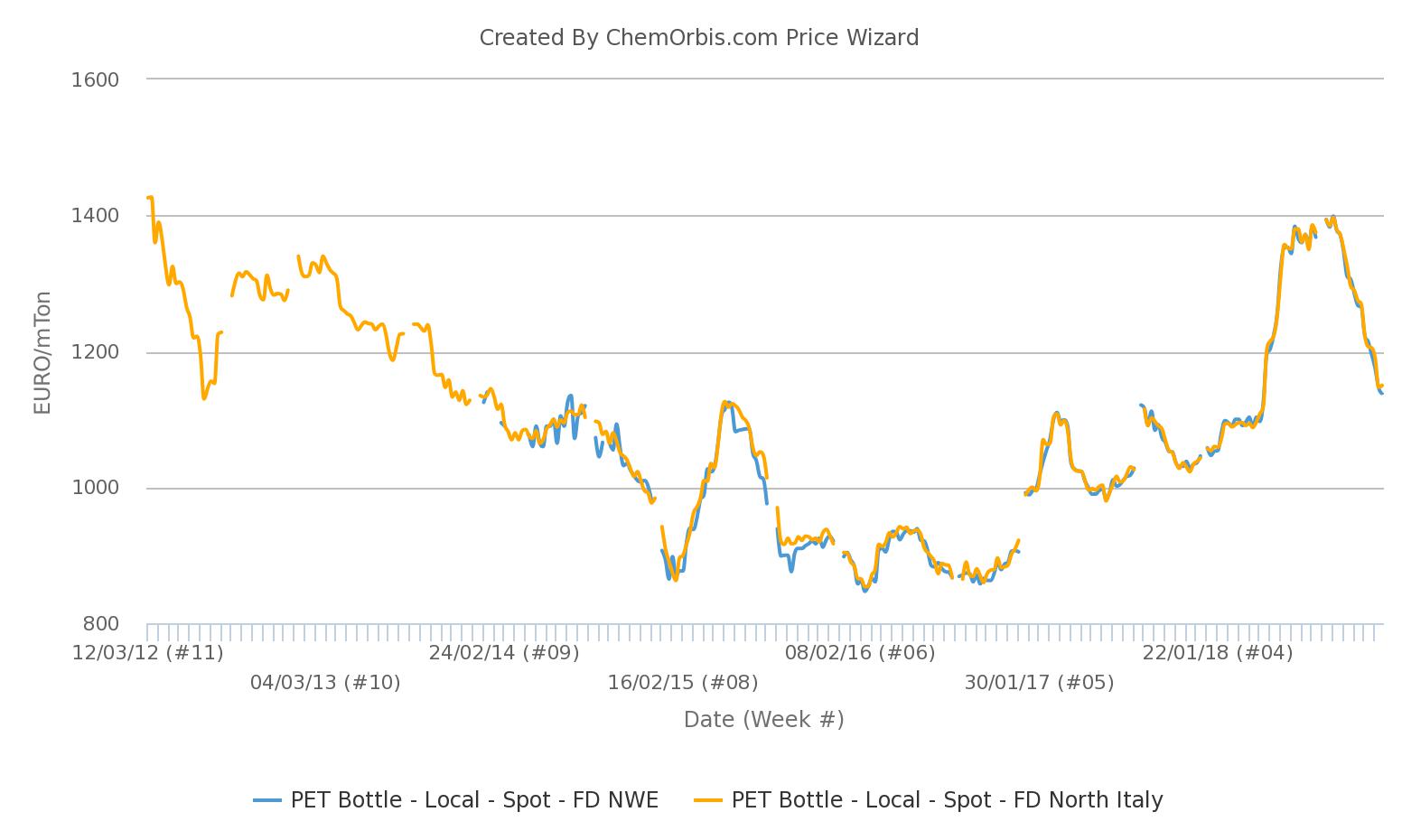