A look back at Asian PP markets in 2018: Energy costs remain the main driver of pricing

by ChemOrbis Editorial Team - content@chemorbis.com
When looking back at the price trends for the past one year, it seems that Asian PP markets largely outperformed PE and were better at dealing with some of the negative developments of 2018, including global trade wars and currency crisis.

Data from ChemOrbis Price Index suggest that import homo-PP prices in China and Southeast Asia started the year on a firm note and mostly hovered around their late-February levels until they surrendered to plunging crude oil and naphtha prices in around mid-October. 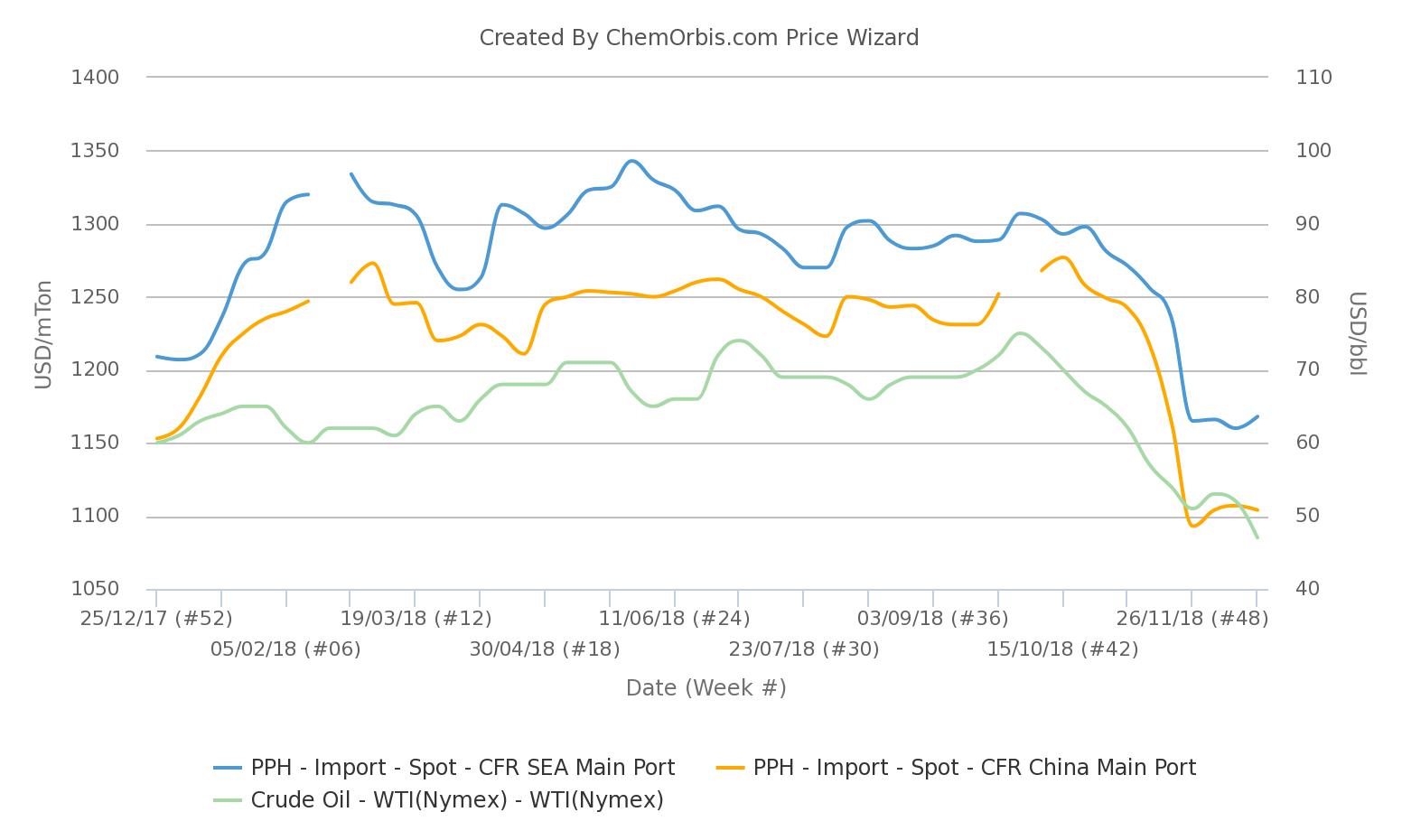 While Asian PE markets were struggling with the negative effects of the US-China trade war and hitting around 10-year lows, PP pricing was largely dominated by upstream costs and supply-demand dynamics, without witnessing any sharp changes for the most part of the year.

As data reveal, import homo-PP prices on CFR China/SEA basis started 2018 on a firm path and maintained an increasing trend during the first two months amid higher costs. In China, the ban on scrap plastic imports also contributed to this firming as it boosted demand for virgin grades.

After hitting almost a three-year high in early March, import prices in both markets mostly hovered around a narrow range until they began to see visible decreases in the latter part of October.

Crude oil futures were strong for the most part of 2018 as they reached a four-year high in early October. However, since then, futures have posted a cumulative decrease of around 37% amid fears of a potential glut of supplies.

The PP markets in Asia failed to remain indifferent to the slump in the upstream chain and started to track a downward trend in around mid-October.

According to data from ChemOrbis Price Index, the weekly averages of homo-PP prices on CFR China/SEA basis hit around 15-month low in late November.