by ChemOrbis Editorial Team - content@chemorbis.com
In China, import and local ABS markets witnessed additional decreases over the past week given persistent downwards pressure from limited demand as well as the recent losses in spot styrene prices in Asia. Several producers made downward revisions on their offers this week in order to conclude deals after trying to maintain their prices in the prior week.

According to data from ChemOrbis Price Index, overall import ABS prices retreated by $20-50/ton from a week earlier to be quoted at $1130-1200/ton on a CFR China, cash equivalent basis, hitting the lowest levels since 2012 when ChemOrbis first began keeping records. A done deal was reported by a source from a South Korean producer at the high end. In the local market, ABS prices on an ex-warehouse China basis were down by around CNY100-150/ton ($16-23/ton) on the week to reach CNY9000-9900/ton ($1207-1327/ton without VAT), the lowest levels seen since 2012. 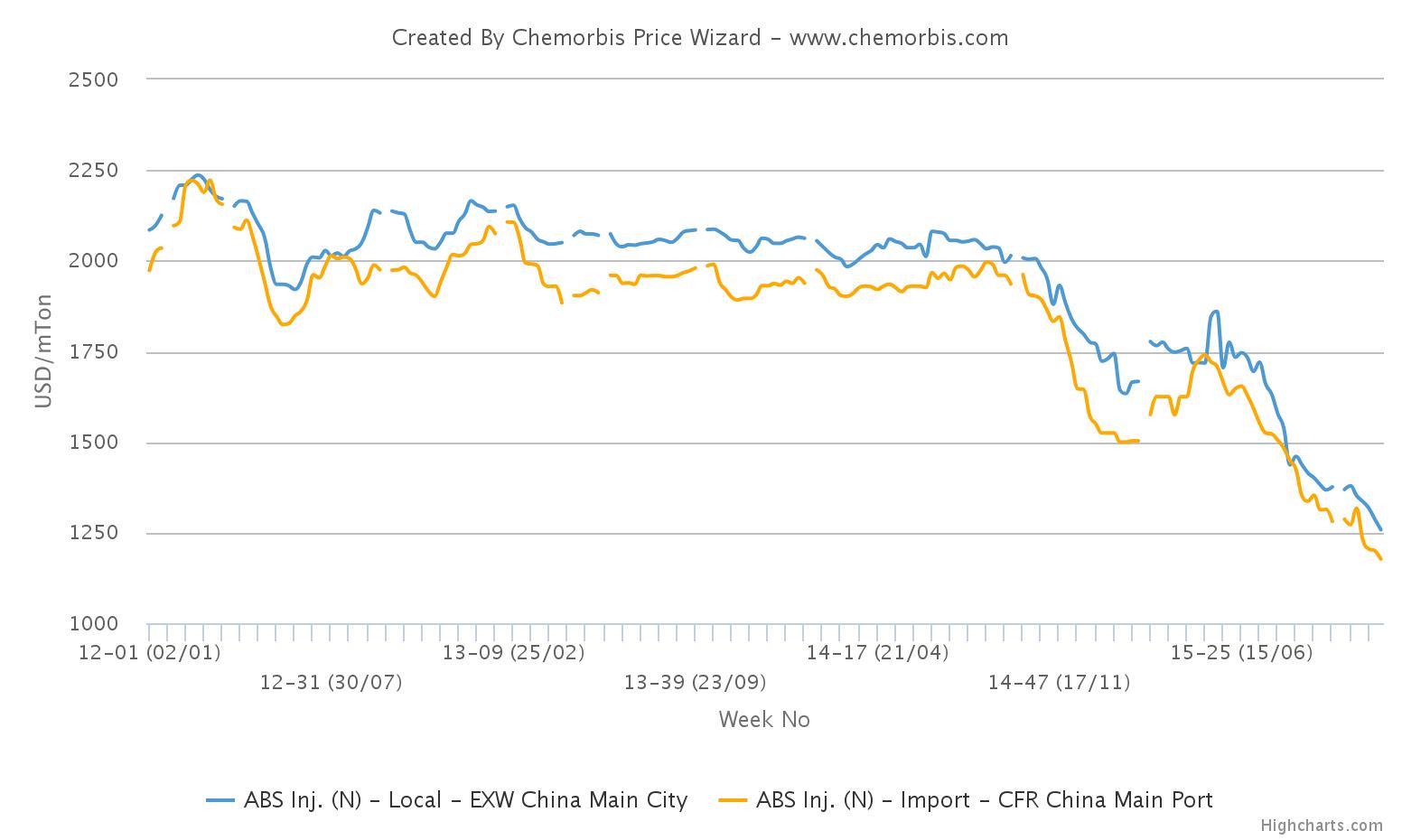 A source from a producer commented, “Converters are not purchasing beyond their immediate needs. Hence, demand is still not strong. We believe that demand will not show any improvement in the near term unless crude oil prices witness a notable increase. Supply is regular. We are currently operating our plant at 80-90% of capacity.”

A trader based in Shanghai attributed the recent decreasing trend in ABS prices to lower styrene costs in Asia. “Players are not in a hurry for replenishing their stocks at the moment as the volatility in upstream markets creates an uncertain outlook which keeps buyers on the sidelines” he stated.

According to ChemOrbis Price Wizard, spot styrene prices on an FOB South Korea basis have retreated by around $40/ton on a week over week basis to be currently quoted at around $875/ton.