ABS prices stabilize at more than 2 year-high in Asia

by ChemOrbis Editorial Team - content@chemorbis.com
In China and Southeast Asia, the import ABS markets took a break from their increasing trend which had been in place since mid-October and stabilized at their highest levels since November 2014.

Players attributed the stabilization in ABS prices to lower demand and faltering styrene costs which have recorded a weekly decrease of almost $80/ton to reach $1170/ton FOB South Korea recently. “Supplies are still limited and spot butadiene prices remain strong. However, the market increased too rapidly in the recent weeks. Hence, we aren’t surprised to see stable levels this week,” a trader commented. 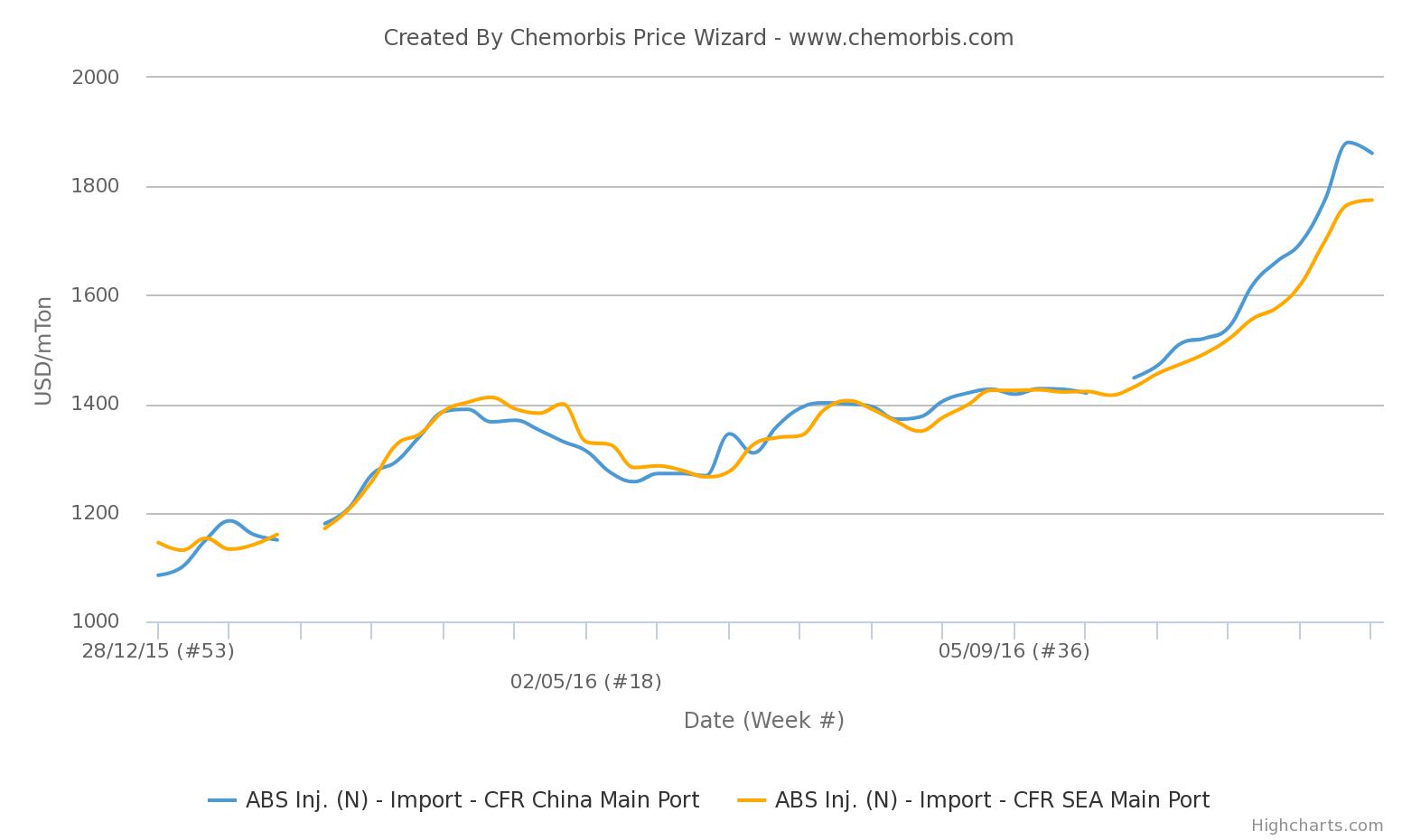 A Southeast Asian ABS producer reported that they kept their prices stable from last week at $1750-1800/ton CIF SEA and at $1850/ton CIF China. “Demand is slowing down despite the ongoing tightness in supplies. We concluded only a limited number of deals with mostly traders, rather than converters. We think that the market is close to its peak level.”

A source from a South Korean producer stated, “Demand from end-users decreased notably and it is likely to slow down further in the near term in line with the approaching Chinese New Year holidays. We believe that the ABS market may shift direction soon.”