by ChemOrbis Editorial Team - content@chemorbis.com
According to weekly average prices on ChemOrbis Price Index, acetylene based PVC prices in China have retreated to their lowest levels since June 2016 mainly due to high stock levels in the country. Additionally, softer PVC futures on the Dalian Commodity Exchange along with sluggish demand played a role in the current trend.

As can be seen in the below graph, acetylene based PVC prices have been following a softening trend since the end of the Chinese New Year holiday and recently reached to their lowest levels recorded in the last 10 months, with offers being currently reported at CNY5580-6040/ton ($693-750/ton without VAT) ex-warehouse China, cash including VAT basis. 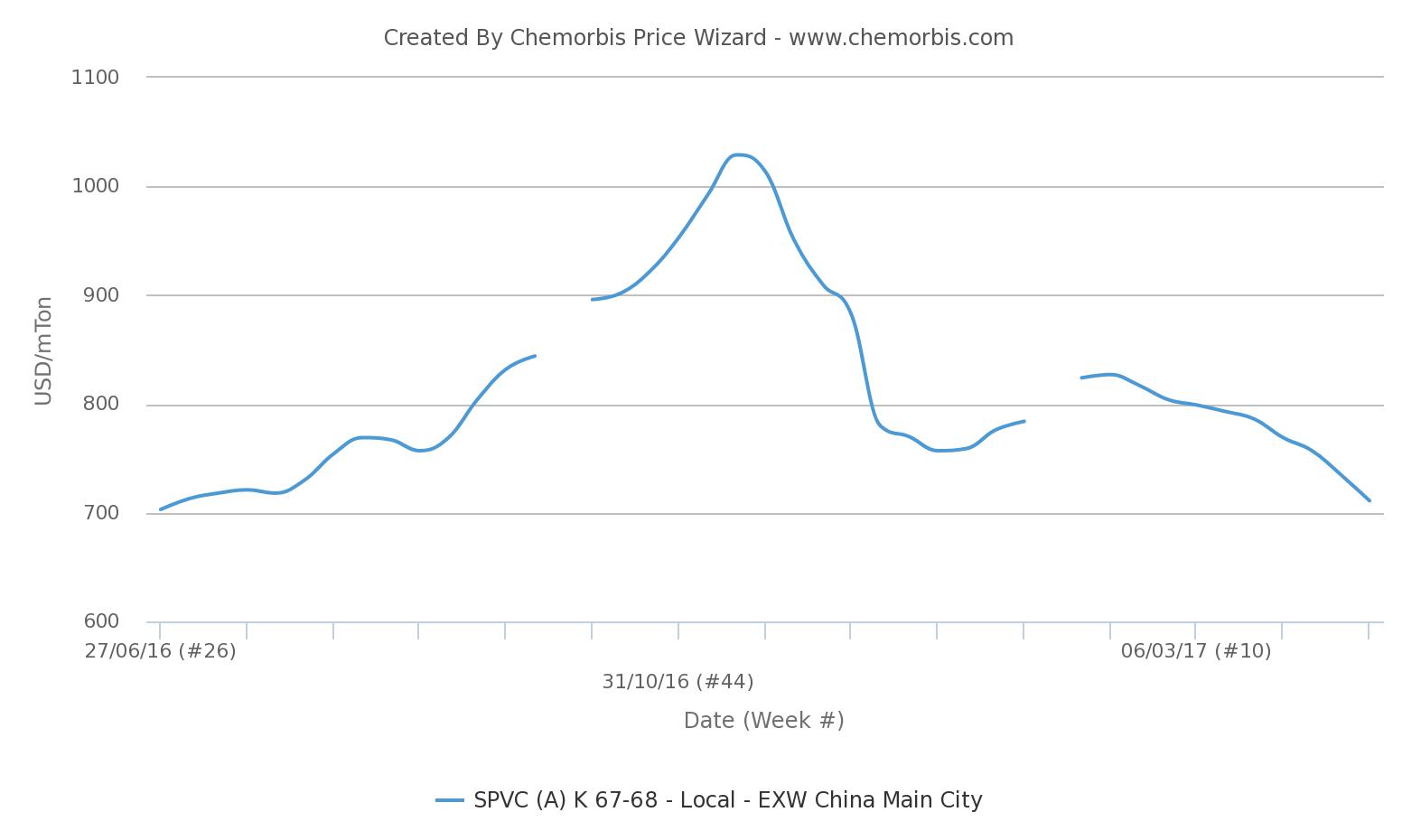 A trader commented, “PVC oversupply in China continues to exert pressure on the market and we think this may persist for a while. Plus, demand both from the local and the export markets is also unsupportive and buyers prefer to remain on the sidelines as they anticipate seeing lower prices.”

Another trader also opined, “Acetylene based PVC offers have been decreasing gradually. Producers are having sales pressure while purchases are limited to buyers’ needs.”