by ChemOrbis Editorial Team - content@chemorbis.com
Players in China reported that local supplies have tightened due to higher exports to India and lower operating rates stemming from environmental inspections, particularly for acetylene based PVC. Accordingly, acetylene based PVC prices have jumped further in the past two weeks.

Acetylene based PVC prices have been gaining ground significantly since the first half of June, although they mostly stabilized in the latter part of July. Local prices have surged further in the past two weeks by CNY219/ton ($33/ton), according to average prices on ChemOrbis Price Index. 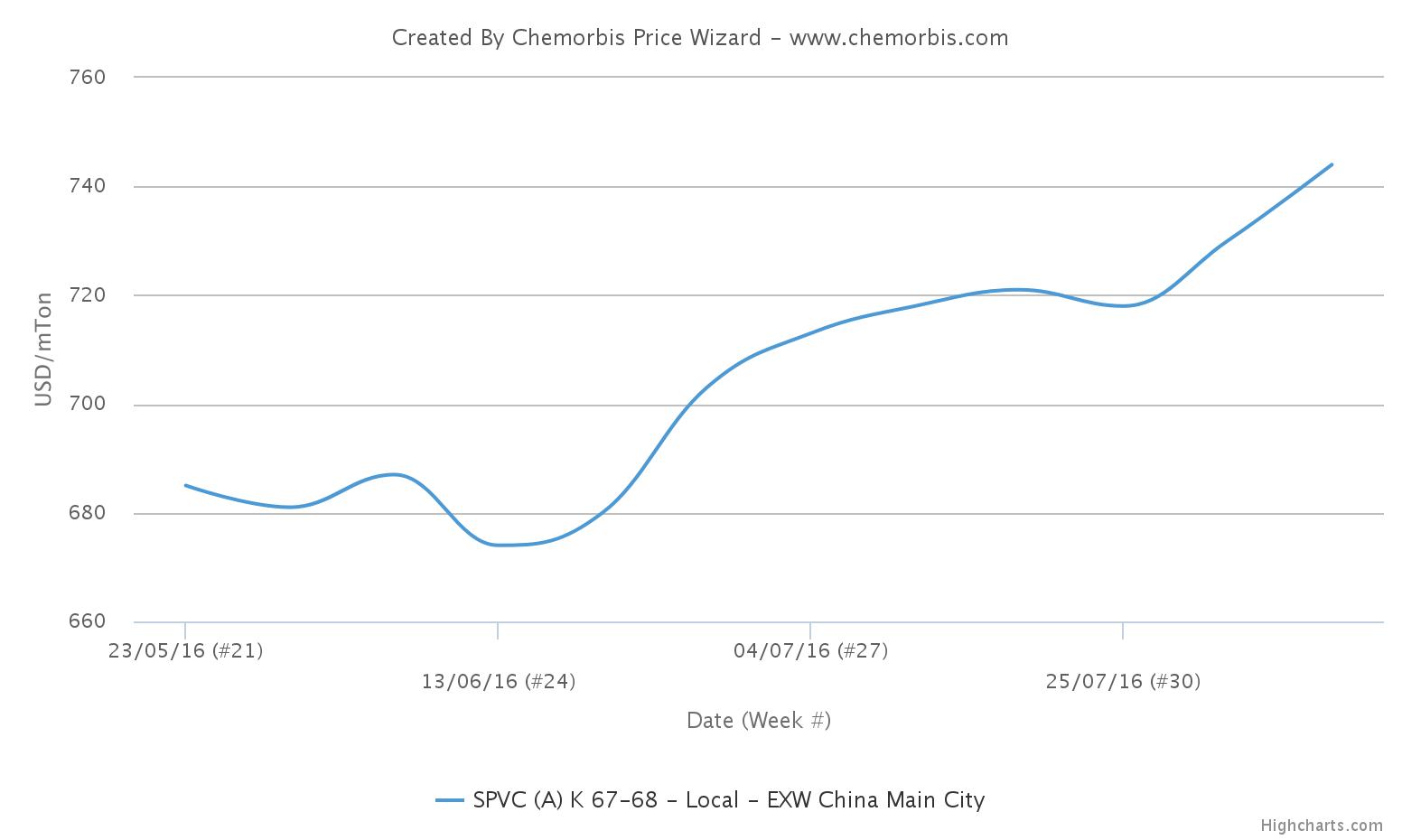 A Chinese producer increased its offers by around CNY100-200/ton ($15-30/ton) due to higher futures prices. “Acetylene based PVC supply is limited due to the ongoing inspections. We need to source some coal from other producers to meet our production needs as we have insufficient levels. We prefer to focus on the domestic market due to better demand compared to overseas,” said a producer source.

A producer in China, who also reported that domestic demand performs much better than export demand, commented, “PVC prices are on an upward trend on the back of the upcoming G20 Summit, environmental inspections and limited local supply. We believe that there won’t be any correction ahead of the Taiwanese major’s new price announcement. We expect the Taiwanese major to increase their offers by $20-30/ton.”