Skip to content
Tight supplies keep Asian PVC markets bullish
Asian PVC markets were holding on to previous levels during the week as most markets in the region were celebrating the Lunar New Year holidays but the sentiment stayed markedly bullish, as supplies were tight. There are expectations of availability being squeezed further as China reopens, with Beijing having lifted most of the COVID restrictions, raising demand within the local market...

by ChemOrbis Editorial Team - content@chemorbis.com
In China, acetylene based and ethylene based PVC prices are trading almost at par this week. The ongoing uptrend on local PVC prices was attributed mainly to the ongoing supply tightness in the country; followed by the surging PVC futures on the Dalian Commodity Exchange, environmental inspections and new transportation regulations carried out by the government which causes higher costs. 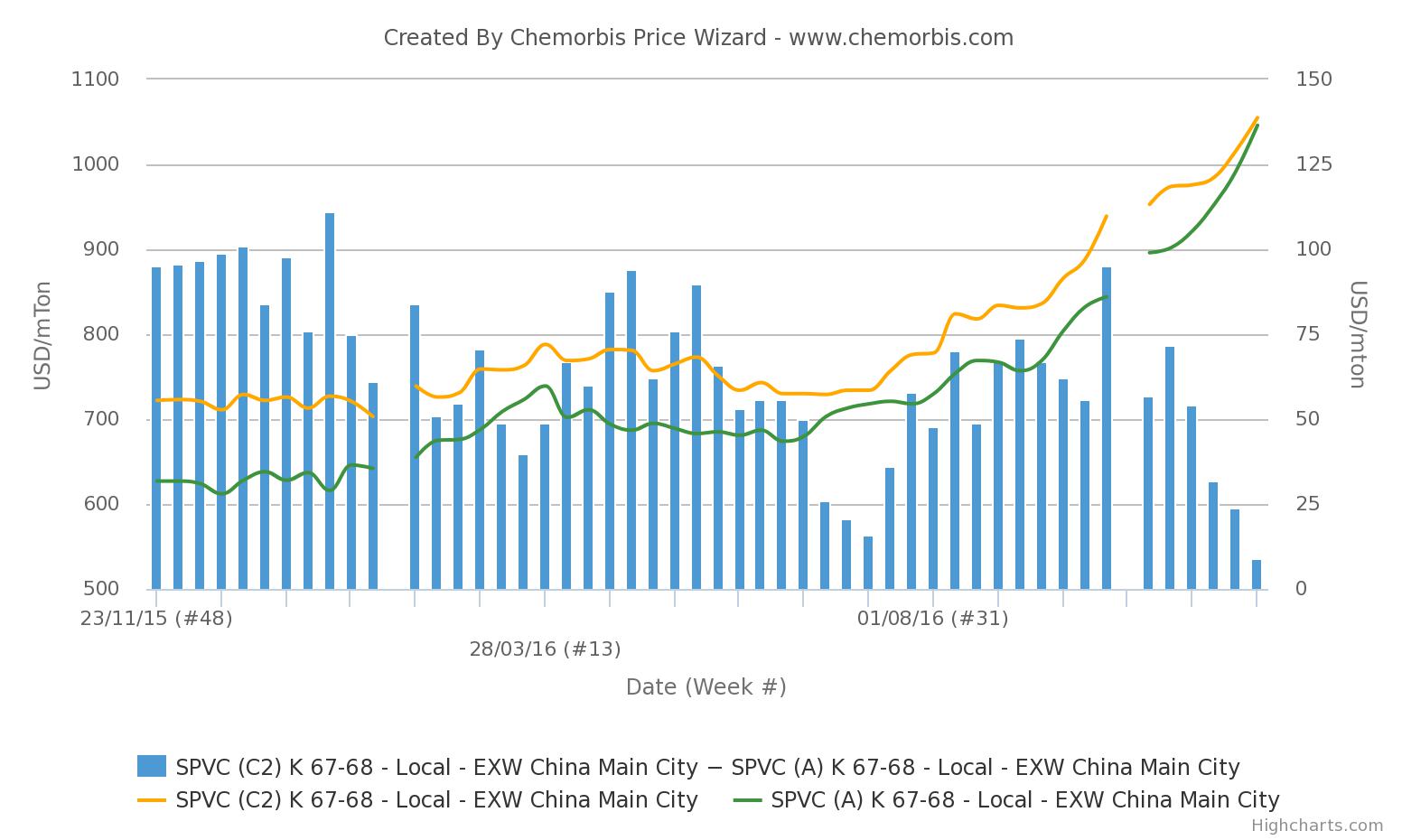 An agent of a local producer said, “Acetylene based PVC prices are almost at par with ethylene based PVC. Despite ongoing increases on prices, demand remains stable. We think that Japanese producers will announce their prices with hikes as well, but we are not sure about how long this firming trend will last.”

A local producer stated, “Prices in China’s local market will continue to increase, therefore we think that the Taiwanese major’s new prices will be announced with hikes again. Transportation costs during winter season will also increase. We believe that this uptrend in prices will last until the end of the year.”

A local trader also pointed out that the current levels of local PVC prices are nearly at the same levels. He said, “Demand is weak now; some buyers are not making any purchases or running their plant at half capacity. Supply is tight due to environmental inspections and the new transportation rules.”

Meanwhile, India’s decision to replace high-denomination notes from circulation as of November 8 in order to combat corruption, black-market trade, and tax evasion has created different forecasts among PVC players. Some believe that the global PVC tightness will continue to support further hikes for December while others think that firmer prices will not be possible since market activities in India decelerated following this decision.