by ChemOrbis Editorial Team - content@chemorbis.com
Players in Turkey reported higher US PVC prices in line with higher export prices out of the country this week. The main driver behind firmer offers was soaring spot ethylene costs in the US which caused sellers to issue higher prices to nearby Egypt as well. In the US, spot ethylene costs surged by $66/ton (3 cents/lb) on FD USG basis week over week.

A sentiment shift across Asian PVC markets boosted by rising ethylene costs in Asia and firmer post-holiday expectations in China also contributed to the firmer stances of US sources. 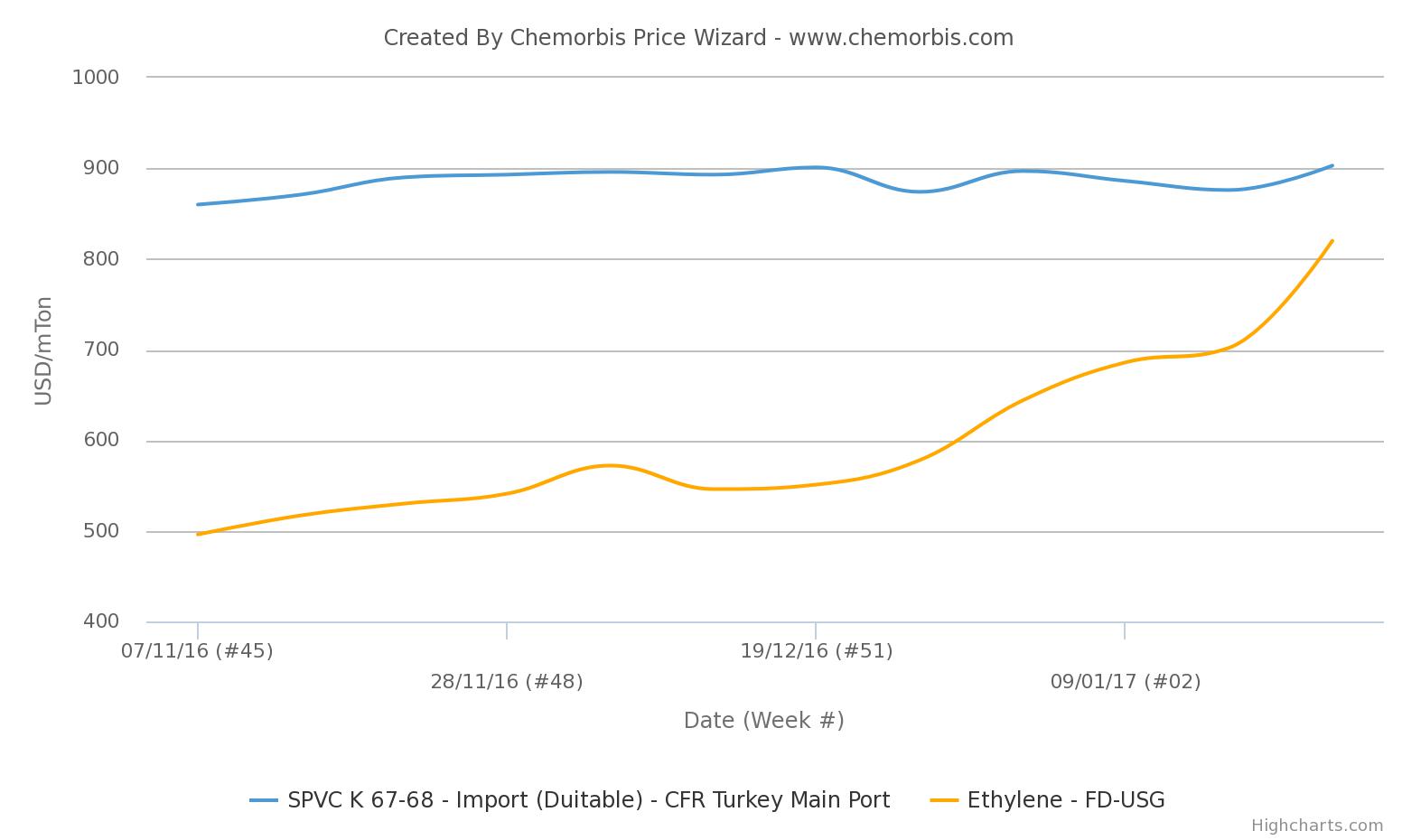 American PVC k67 prices firmed up by around $10/ton on both ends to $860-900/ton CIF Turkey, subject to 6.5% customs duty and 18.81% ADD, cash equivalent. A trader lifted his offers by $30/ton after his supplier implemented a $40/ton hike on its export k67 offers. “We don’t expect overall activity to pick up until February in Turkey,” he stated.

Another trader, who is seeking a $10/ton hike, commented, “We don’t think US sources will concede to concluding deals below $900/ton so long as European PVC sustains its current levels. Large buyers are not taking positions right now but a demand revival is likely by end February/early March.” The higher expected outcome of February ethylene contracts support the downstream PVC outlook in Europe as a new round of increases are projected from the regional PVC producers, meanwhile.

A few buyers also confirmed, “We were able to find $850/ton CIF, cash for US k67 last week which is not available recently.” Meanwhile, a pipe manufacturer commented, “Import PVC prices turned up this week. However, increases might be kept in check since export end markets are not doing that bright for the time being.”