by ChemOrbis Editorial Team - content@chemorbis.com
US PVC prices have been on a firming path since early February in major global markets. The drivers pushing prices higher were rising upstream costs combined with reduced PVC supplies due to maintenance shutdowns which spurred buying interest in the US producers’ domestic market.

Spot ethylene prices edged up 0.5 cents/lb ($11/ton) on FD USG basis week over week to be reported at 28.13 cents/lb ($620/ton). The figure indicated an hike of approximately 4.5 cents/lb ($102/ton) since the beginning of March. Spot ethylene costs in the US hit their highest levels on a weekly average since mid-August 2015, according a graphical analysis on ChemOrbis’ Price Wizard. Spot VCM prices also gained further ground with players blaming tight availability for the feedstock.

Major American PVC makers held a firmer stance on their domestic price announcements over the week. Two producers will seek hikes of 3 cents/lb ($66/ton) for April, according to traders in the country.

Players also point to improved demand both from the domestic and export markets for US PVC in line with restricted allocations from sellers. Indeed, according to data from the US Commerce Department, US housing starts rose 5.2% to an annualized rate of 1.18 million units in February from January’s 1.12 million units, which supports these comments. On a yearly basis, total housing starts in the US surged 31% in February.

American k67 offers to Turkey gained $20-30/ton week over week. “Availability from the US remains restricted due to the shutdowns in the country. Therefore, suppliers’ stance is strengthening every day,” said a trader. 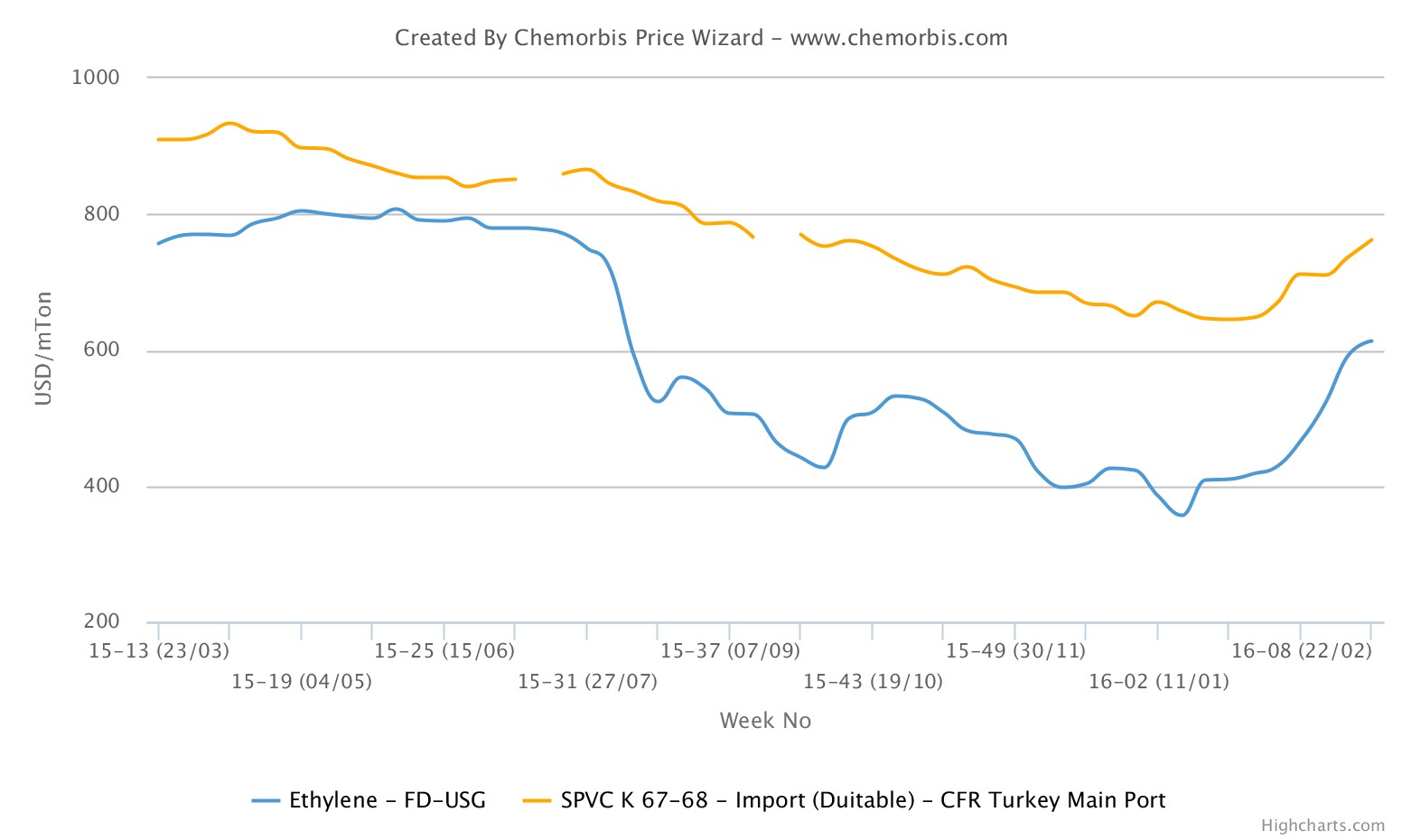 In Egypt, the overall US PVC k67-68 price range firmed up by around $20/ton on the low end compared to last week. Players in the country anticipated this origin would retain its firm note given the firmer ethylene and VCM costs as well as the increasing export PVC prices out of the US. An agent of a US supplier reported, “Our supplier stands firm regarding their offer level. Supplies remain limited, while higher VCM costs also push price levels higher."