by ChemOrbis Editorial Team - content@chemorbis.com
In Asia, spot ethylene prices have retained their decreasing trend this week on the back of a surplus of supplies amid reduced PE operations in the region. Higher allocations from the Middle Eastern suppliers also played a role in spot price decreases.

Data from ChemOrbis Price Wizard reveal that the weekly average of spot ethylene prices on CFR Far East Asia basis has recorded a cumulative decrease of $55/ton over the past two weeks to recently hit a 13-week low. This has also erased the gains recorded in the previous three weeks, as can be seen from the graph below. 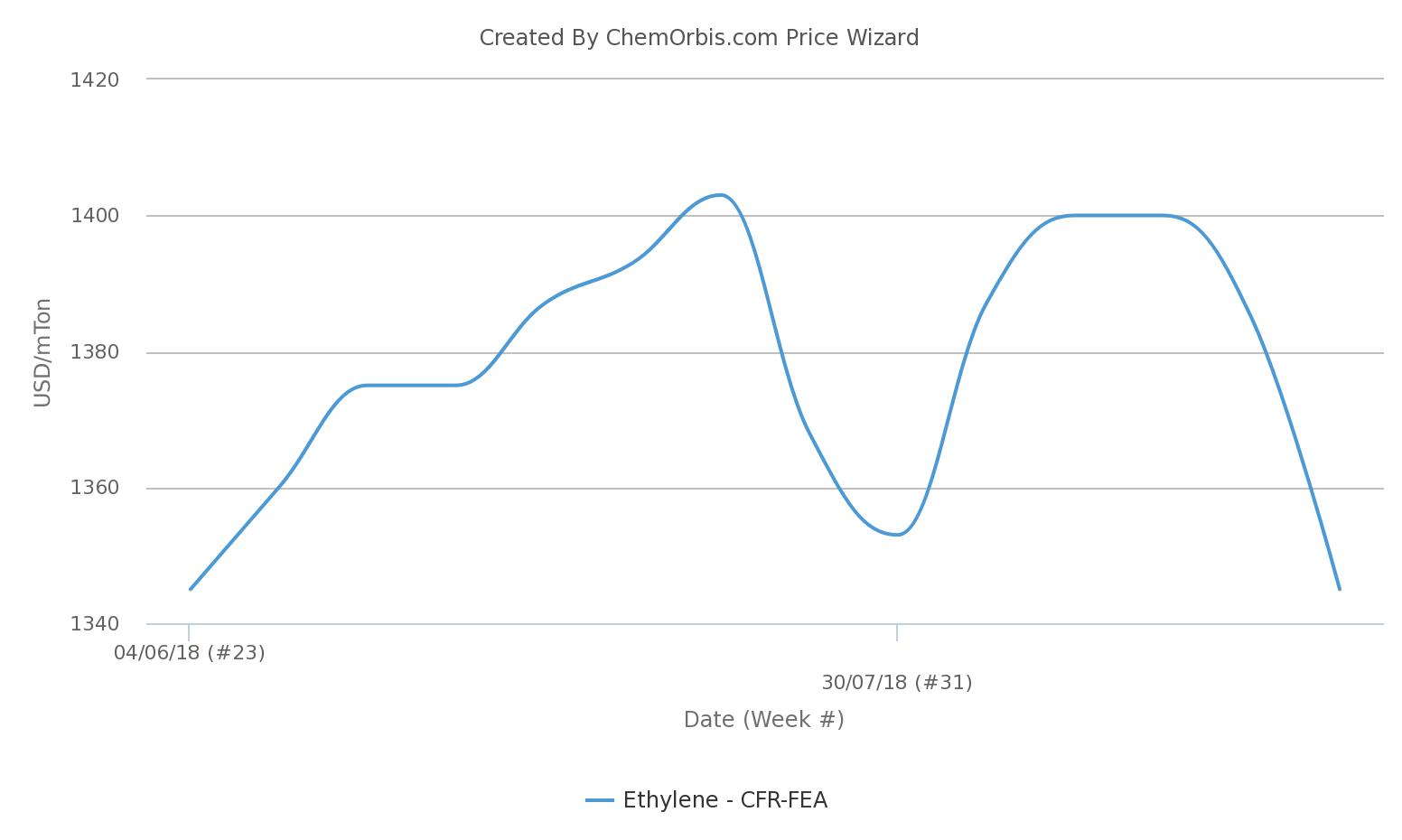 Spot ethylene prices in Asia also seem to be unresponsive to the gains in upstream crude oil futures and naphtha over the same period. Spot naphtha values on CFR Japan basis have jumped around $40/ton over the past two weeks, according to data from ChemOrbis Price Wizard. The downturn in spot ethylene prices is also defying the cautious rebound in the downstream PE market in China.

Although ample supplies are weighing down on the spot ethylene market, some players are pointing to the turnaround season in October and November, which is expected to prompt a decrease in spot cargoes to China.

China’s Shanghai SECCO Petrochemical will shut its 1.2 million tons/year cracker for a planned turnaround in early October. The cracker is expected to remain offline for 50 days.

Fujian Refining and Petrochemical’s (FREP) 1.1 million tons/year cracker in Fujian, China will also undergo maintenance by the end of November.