Are Turkey’s polymer imports to close 2017 with a new record of 5 million tons?

by ChemOrbis Editorial Team - content@chemorbis.com
According to ChemOrbis Import Statistics, Turkey’s overall polymer imports surged 39% during the month of October compared to the same month of 2016, with nearly all products contributing to this large hike. The cumulative data showed that the total imports in the period of January-October have already hit an all-time high while they indicated a 14% increase year-over-year.

Assuming that the growth rate of overall polymer imports remains at least at around 8-10% until the year-end, it is highly probable that the country’s cumulative polymer imports may move above 4.5 million tons or even draw near the 5-million-ton threshold for the whole 2017. 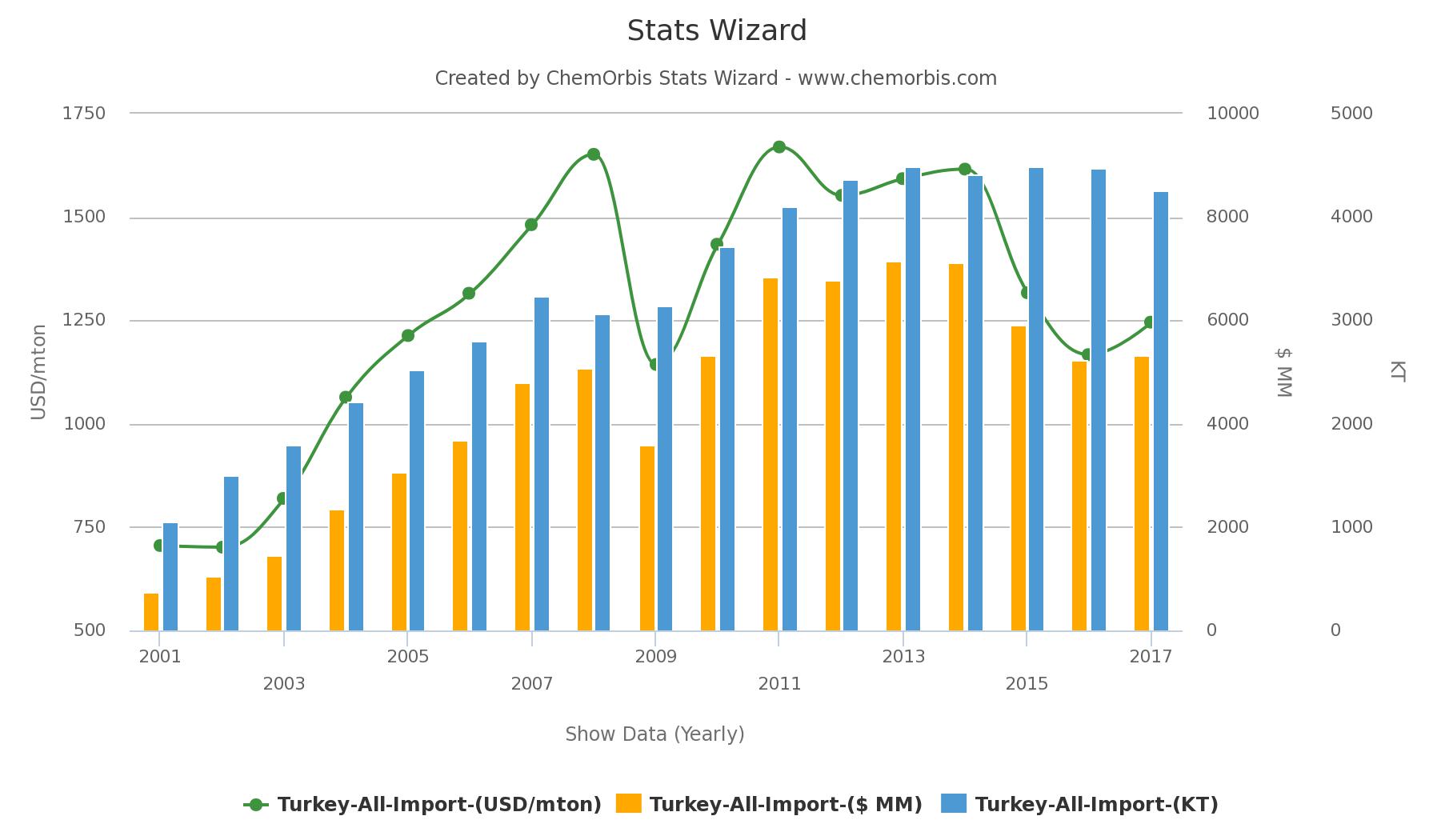 In a product-based breakdown, imports of PP, PVC, HDPE, LLDPE, ABS and PET all posted yearly increases in considerable amounts during October while LDPE’s yearly increase was relatively smaller and PS imports were mostly steady.

The total imports of LDPE and ABS also hit the largest October quantities in 16 years, while HDPE imports hit the second largest volume for the month.

When taking the first 10 months of this year into account, meanwhile, the cumulative imports unexceptionally soared for all polymers from the same period of last year. Imports of homo PP, LDPE, LLDPE suggested record highs while the largest increase was seen in LLDPE imports with 22%, which also pointed to the highest volume that was imported in October since 2001, when ChemOrbis first began to collect statistics data.