Asia is preparing for ethylene and propylene shutdowns

by ChemOrbis Editorial Team - content@chemorbis.com
Ethylene and propylene prices have been on a firm note in Asia with support from the ongoing production shutdowns, particularly in Japan and China. Also helping to maintain firm prices are the upcoming shutdowns planned in August for both ethylene and propylene.

In the propylene market, many propylene plants including FCC, PDH plants and crackers have already been shut since May or June in Japan and they are expected to be back in August. However, there is more ahead in August and September as can be seen below from ChemOrbis Production News. 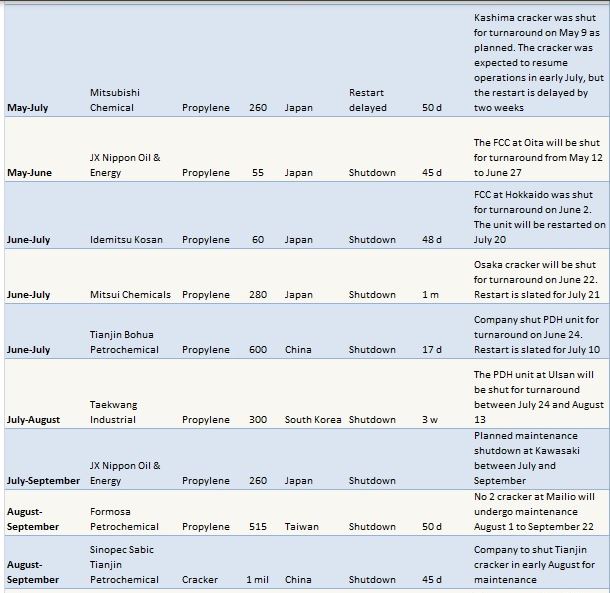 The ethylene market is undergoing a similar schedule, which keeps ethylene supplies limited across Asia. Players in Asia also report that the gains in the downstream PP and PE markets help monomer prices remain firm. 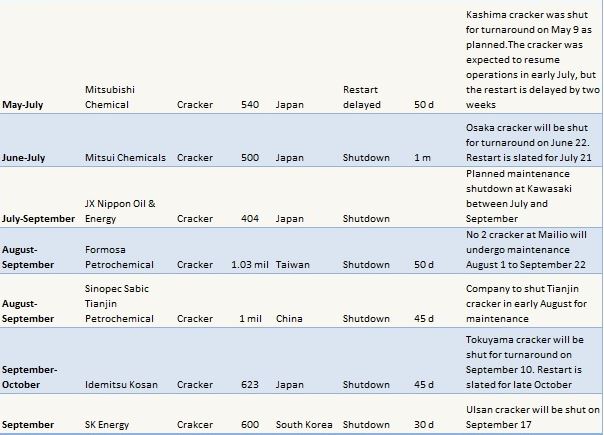