by ChemOrbis Editorial Team - content@chemorbis.com
In Asia, spot prices for both ethylene and styrene did not respond to the midweek plunge in crude oil futures last week as supply concerns propped them up. Ethylene prices maintained their rising trend while styrene enjoyed a rebound after four weeks of losses.

Spot ethylene prices on CFR Far East Asia basis have been tracking a stable to firmer trend for the past two months while the weekly average data from ChemOrbis Price Wizard show that the spot market has recently reached its highest level since early January.

Despite the significant loss in crude oil futures, ethylene prices could add to their weekly gains as traders reported that demand for ethylene remained strong last week on the back of rising supply concerns, particularly in Japan. Still, the market sentiment in China was weighed on by the escalating trade war with the US.

As for the styrene market, spot prices on FOB Korea basis rebounded from their two-and-a-half month low last week by rising $30-35/ton from a week earlier. As was the case for ethylene, spot styrene also received support from decreasing supplies from overseas markets and defied the midweek plunge of crude oil prices. 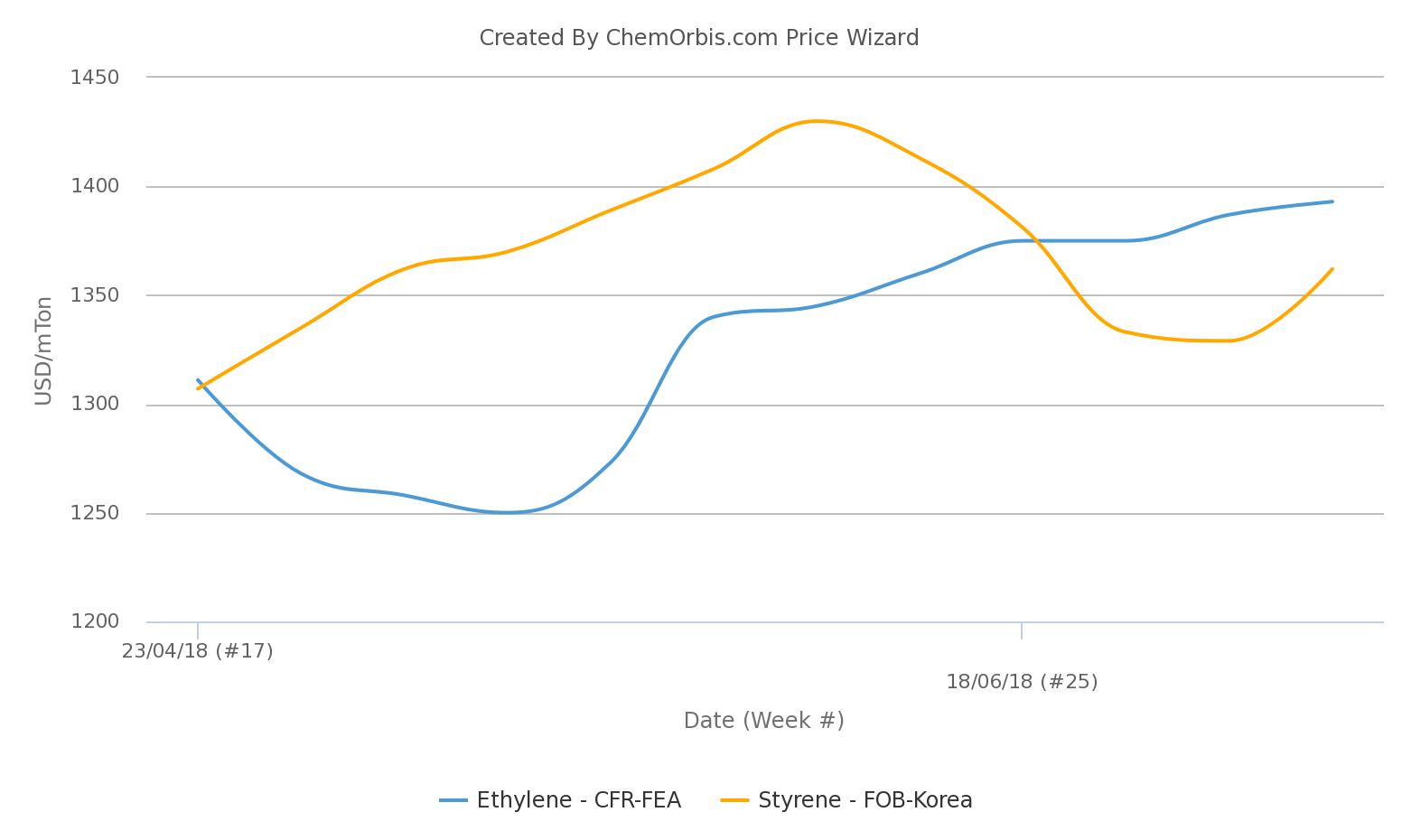