by ChemOrbis Editorial Team - content@chemorbis.com
Spot ethylene prices in Asia have been tracking a softening trend since they hit an almost seven-month high two weeks ago. According to data from ChemOrbis Price Wizard, the weekly average of spot prices on CFR Far East Asia basis has recorded a cumulative decrease of $40-45/ton for the past two weeks. Data also suggest that the spot ethylene market has recently hit its lowest level since early June. 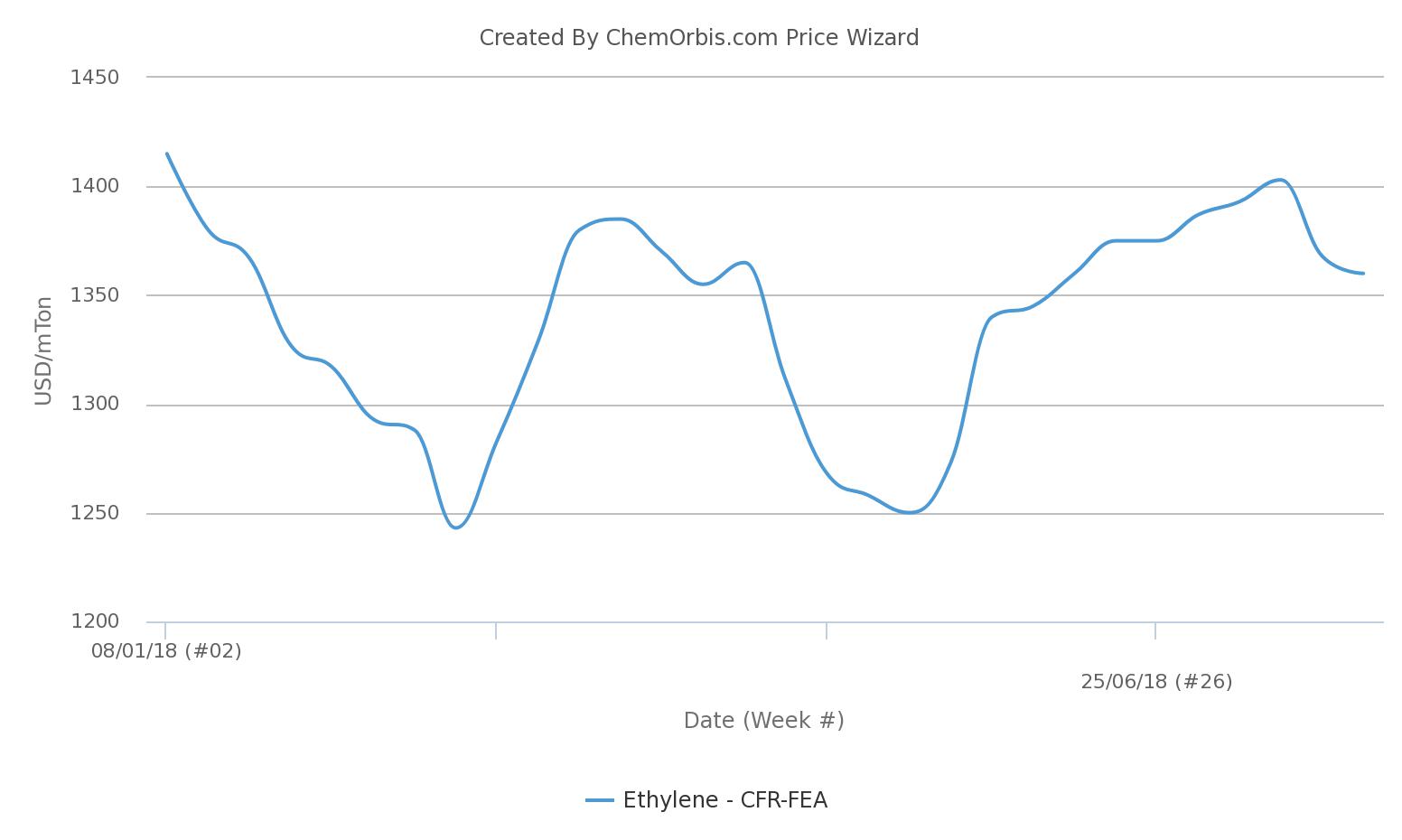 Despite the fact that the tightness persists amid ongoing shutdowns or reduced operating rates at some Asian crackers, improving supplies from overseas markets have weighed on the spot market over the past week, traders reported.

Asia’s ethylene market has offered better netbacks to global sellers for the past couple of months on the back of a relentless upward climb which was in place for nine consecutive weeks until the downward trend kicked off two weeks ago.

According to weekly average data on ChemOrbis Price Wizard, Asia’s premium over Europe’s ethylene market reached as high as $230-235/ton in around mid-June, which attracted more overseas attention to the region.

Apart from the pressure from increasing non-Asian supplies, spot ethylene prices have also been dragged down by the fact that several PE producers in the region, particularly in Southeast Asia, have reduced their operating rates in the face of negative margins, which has helped supply levels of ethylene slightly improve.