by ChemOrbis Editorial Team - content@chemorbis.com
In Asia, ABS markets remained unresponsive to surging crude oil futures and maintained a stable to softer trend over the past week. This is because the latest round of US tariffs on $200 billion Chinese goods along with plunging butadiene prices kept sentiment weak.

However, bullish energy prices were not reflected in the downstream markets as spot butadiene prices on CFR China basis plunged to their lowest levels since around late April while the spot styrene market in Asia continued to track a mostly volatile trend.

Apart from weak costs, the third round of US tariffs on Chinese goods also weighed down on the ABS markets since the new tariffs include various appliances and automotive, electronics and construction applications, which are mostly made of ABS resins.

Accordingly, a South Korean producer applied weekly decreases of $20-30/ton on its ABS offers to Indonesia while a Southeast Asian producer cut its listed prices significantly by $90/ton to China and the regional markets.

“The ABS market is defying stronger crude oil futures as trade war fears have been more effective in determining the tone of the market recently,” traders opined.

According to data from ChemOrbis Price Index, the weekly average of ABS prices on CFR China basis reached its lowest level since July 2017 while the Southeast Asian market continued to hover around its 14-month low last week. 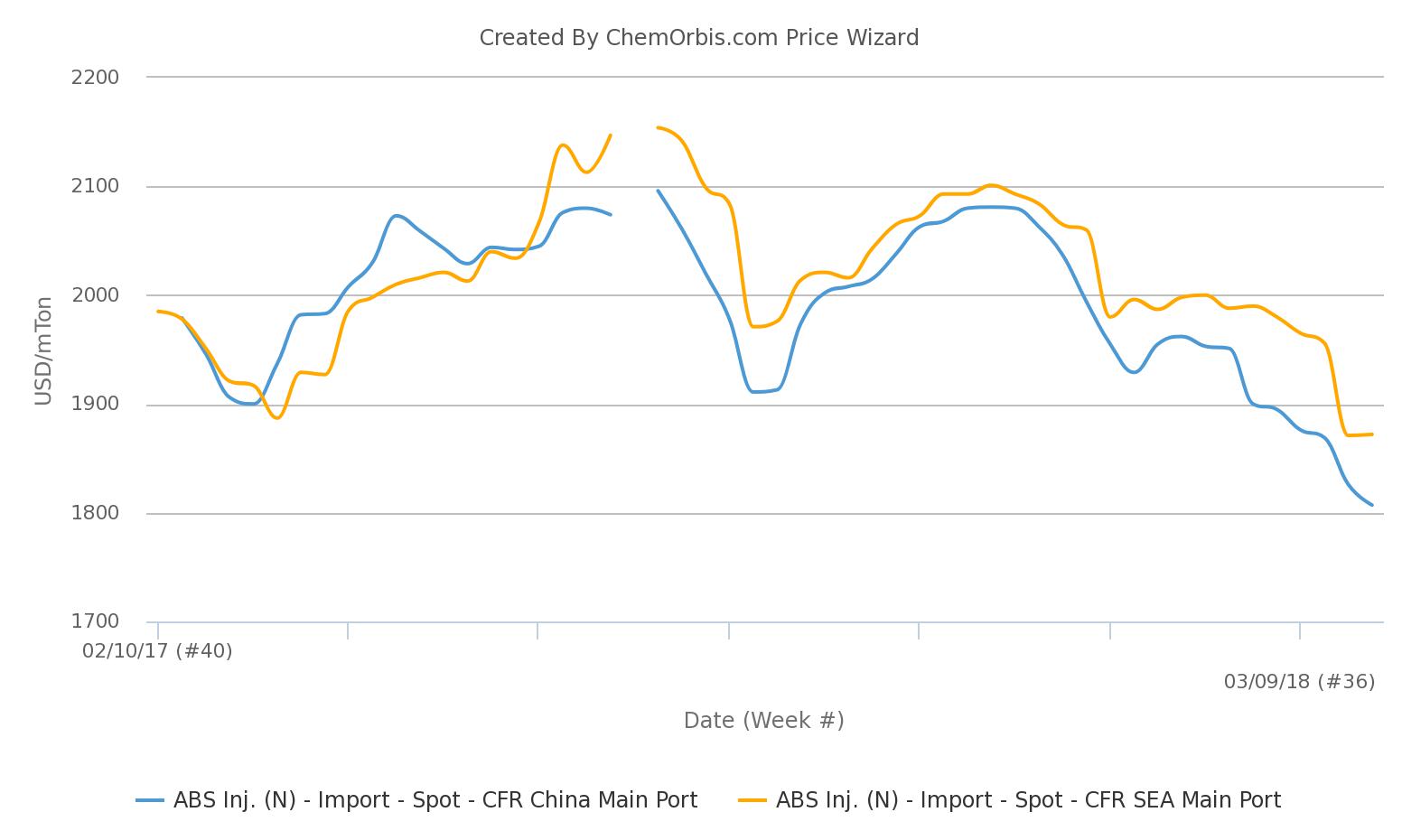