by ChemOrbis Editorial Team - content@chemorbis.com
PS prices across Asia have been on a downward trend since early June driven by falling upstream costs and lukewarm demand. The bearish trend gained momentum this week as many producers applied renewed drops to boost their sales, which sent import PS markets to more than 2-month low on a weekly average, according to data from ChemOrbis Price Index.

Reductions varied between $20-30/ton to $50-80/ton in a weekly comparison. “We were offered $20/ton lower GPPS and HIPS prices this week while our supplier was open for an additional $20/ton discount,” a trader in Indonesia affirmed. “Although we reduced our prices by $40/ton, demand remains tepid in the region and lower bids continue to show up from buyers,” a source from a Vietnamese producer lamented.

A Taiwanese producer issued $60/ton declines in spite of their ongoing turnaround. “Most buyers opted to stick to the sidelines due to the recent bearish trend. Fortunately, we don’t feel much stock pressure thanks to our shutdown, which is likely to end next week,” a producer source noted. Another Taiwanese PS maker applied drops of $10-30/ton for GPPS and $20-40/ton for HIPS. 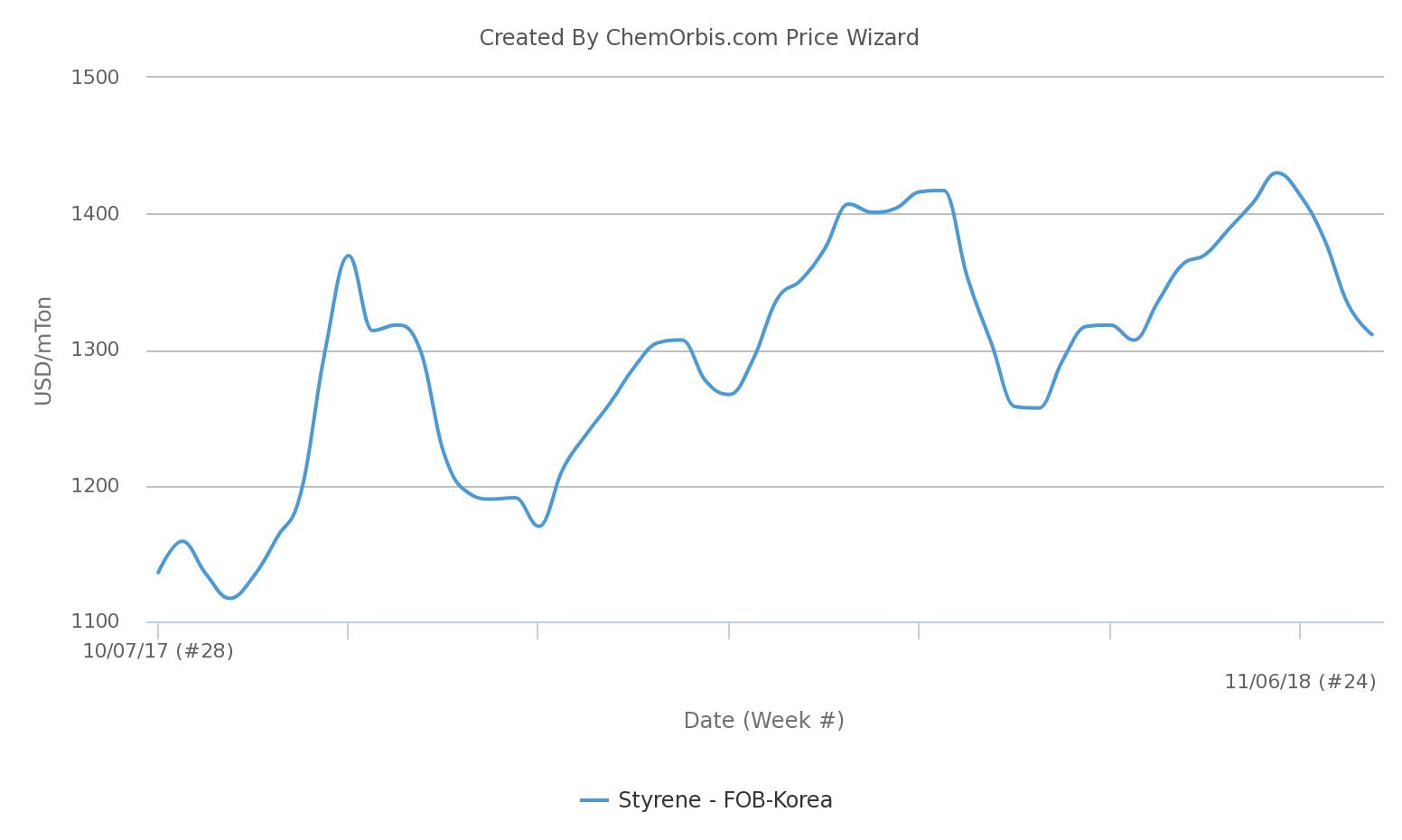 Nevertheless, PS players in China and Southeast Asia are now tracking spot styrene prices closely since they have displayed a slight rebound recently. Although spot styrene prices erased part of their previous losses, they still stood well below the levels in late April on a weekly average, according to the graph above pulled from ChemOrbis Price Wizard in mid-week.

Market participants concurred that the demand state and the direction of styrene will be key factors to watch over the near term as they are likely to shape the future PS trend in the weeks to come.