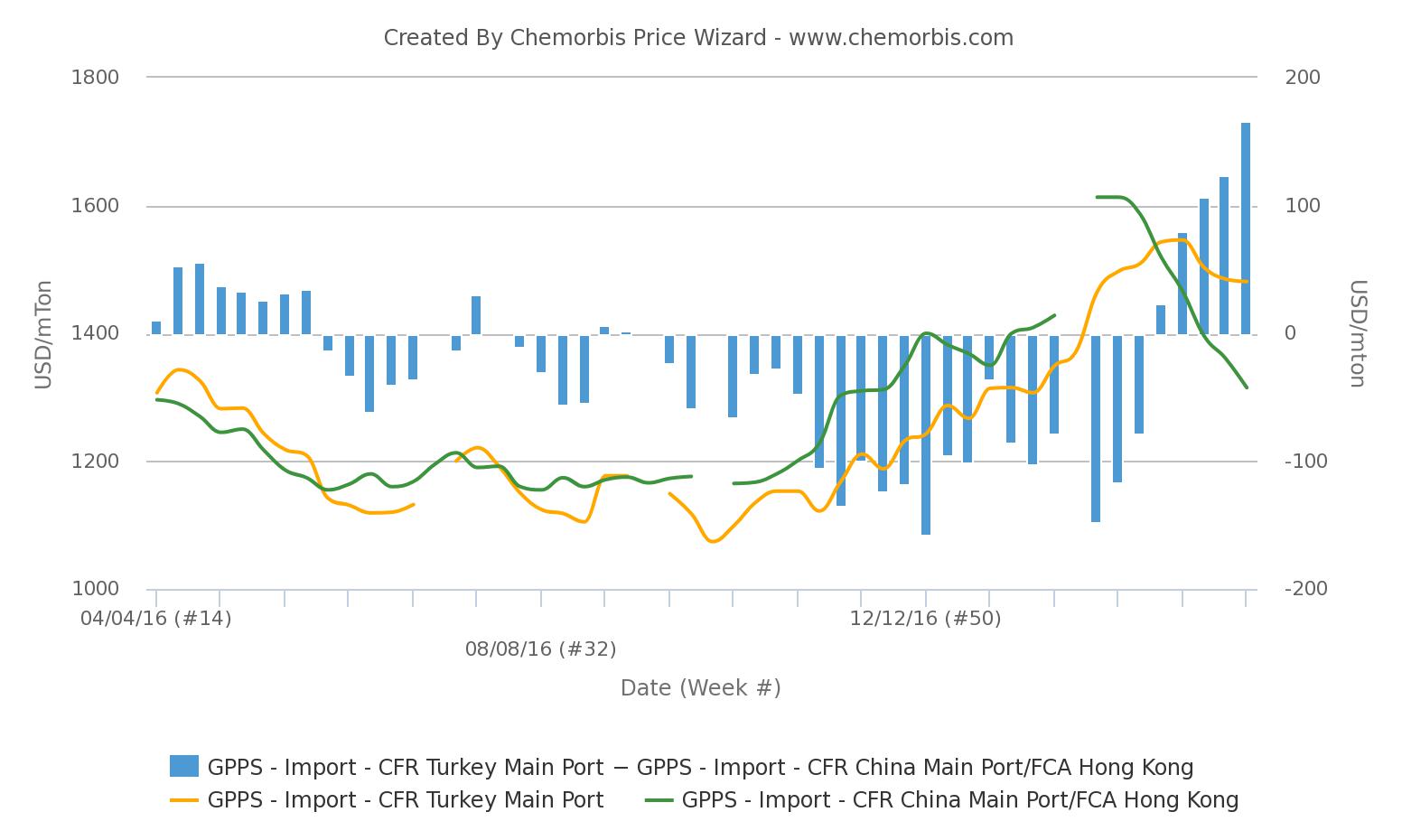 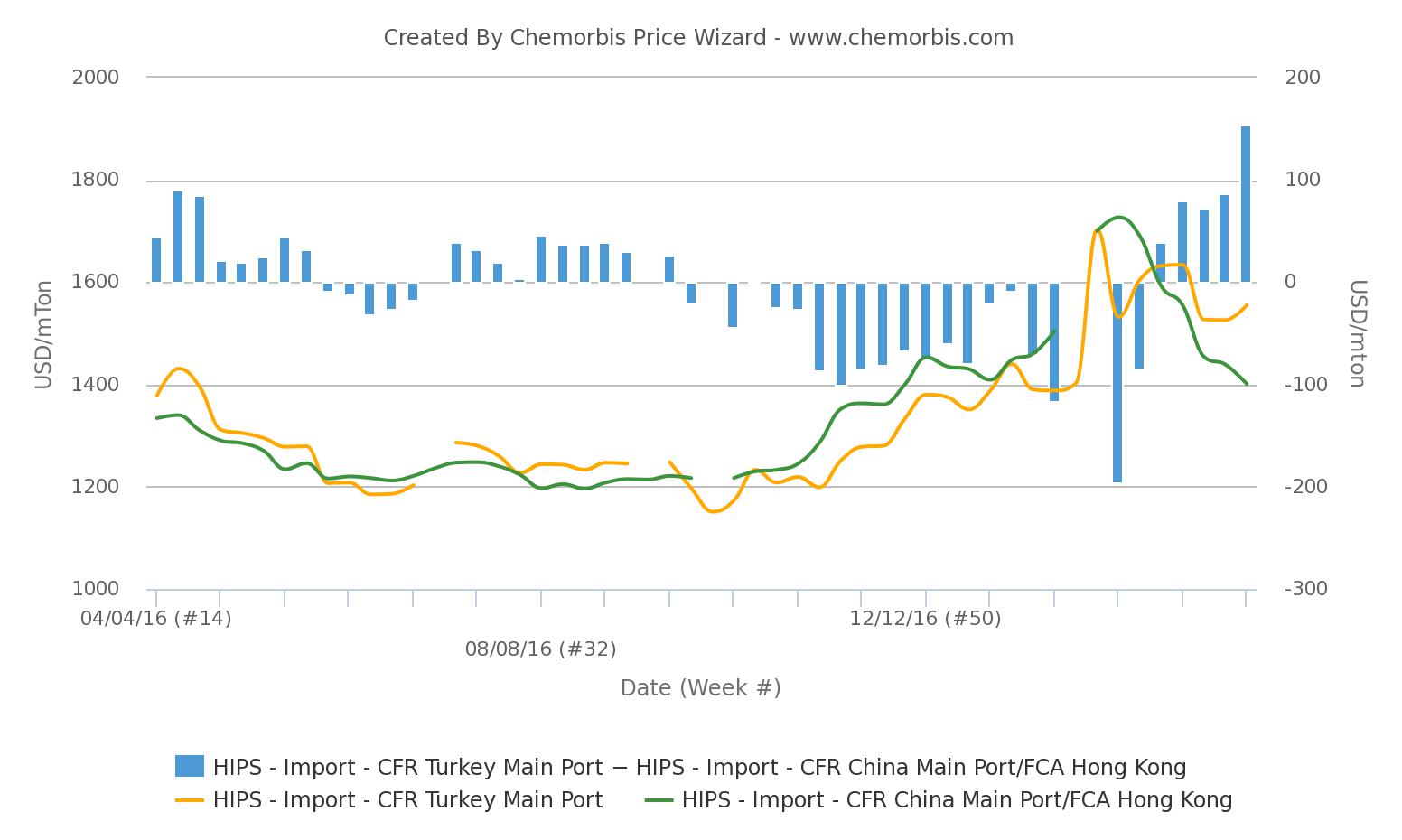 The origins that are subject to 3% customs duty were priced below March as well. Overall, GPPS prices are reported at $1440-1510/ton, while HIPS offers stand at $1540-1580/ton, CIF Turkey, cash. “These offers are still well inflated even after the recent reductions based on the most recent prices in China. We are not planning to buy any material at the present,” noted manufacturers. According to ChemOrbis Price Indexes, Turkey carries a premium of $155-165/ton over PS prices in China.

Although spot styrene prices in Asia displayed a rebound over the week thanks to slightly firming crude oil prices, they remain at 4 month-lows, according to ChemOrbis Price Wizard and still represent a cumulative drop of around $185/ton from early March levels on FOB Korea basis. Spot butadiene prices nosedived by $1250/ton with the same terms compared to the beginning of March with the same terms.