by ChemOrbis Editorial Team - content@chemorbis.com
Steadily falling upstream costs pushed dutiable Asian PS offers lower in Turkey this week. The trend was in line with the price cuts which occurred in China and Southeast Asia. Spot styrene costs decreased by another $60/ton this week while butadiene costs lost $20/ton on an FOB South Korea basis driven by falling crude oil prices, which settled below the $45/bbl threshold on the NYMEX on Thursday. 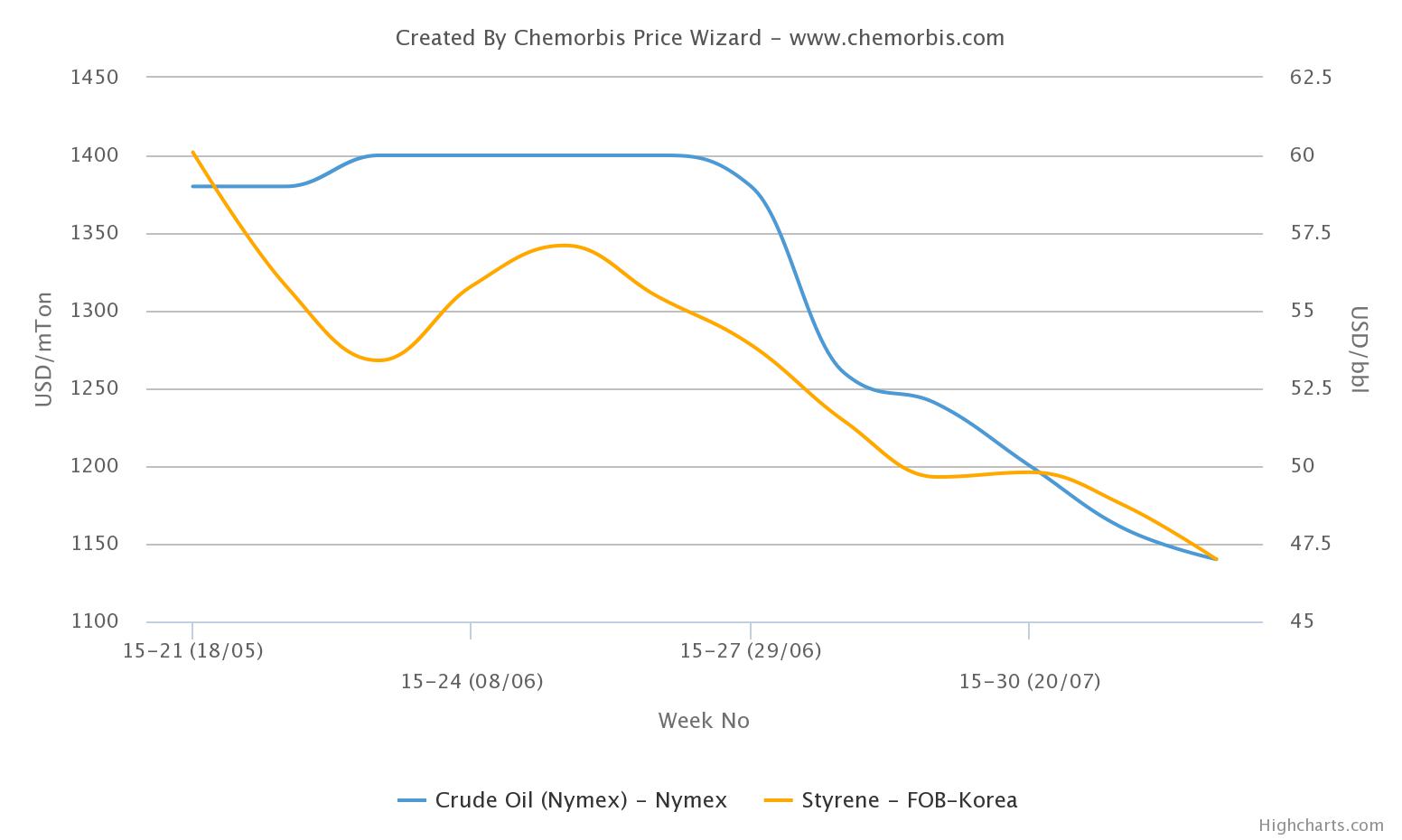