Asian ethylene down after 6 weeks, are further drops on horizon?

by Manolya Tufan - mtufan@chemorbis.com
Spot ethylene prices in Asia erased some of their earlier gains last week after six straight weeks of gains. By early July, the market had rebounded from its 10-year low.

According to the weekly average data from ChemOrbis Price Wizard, prices on CFR China basis hit their highest levels not seen since late May before they turned lower last week. The recent losses in spot prices have been attributed to increasing supply levels and ebbing demand. 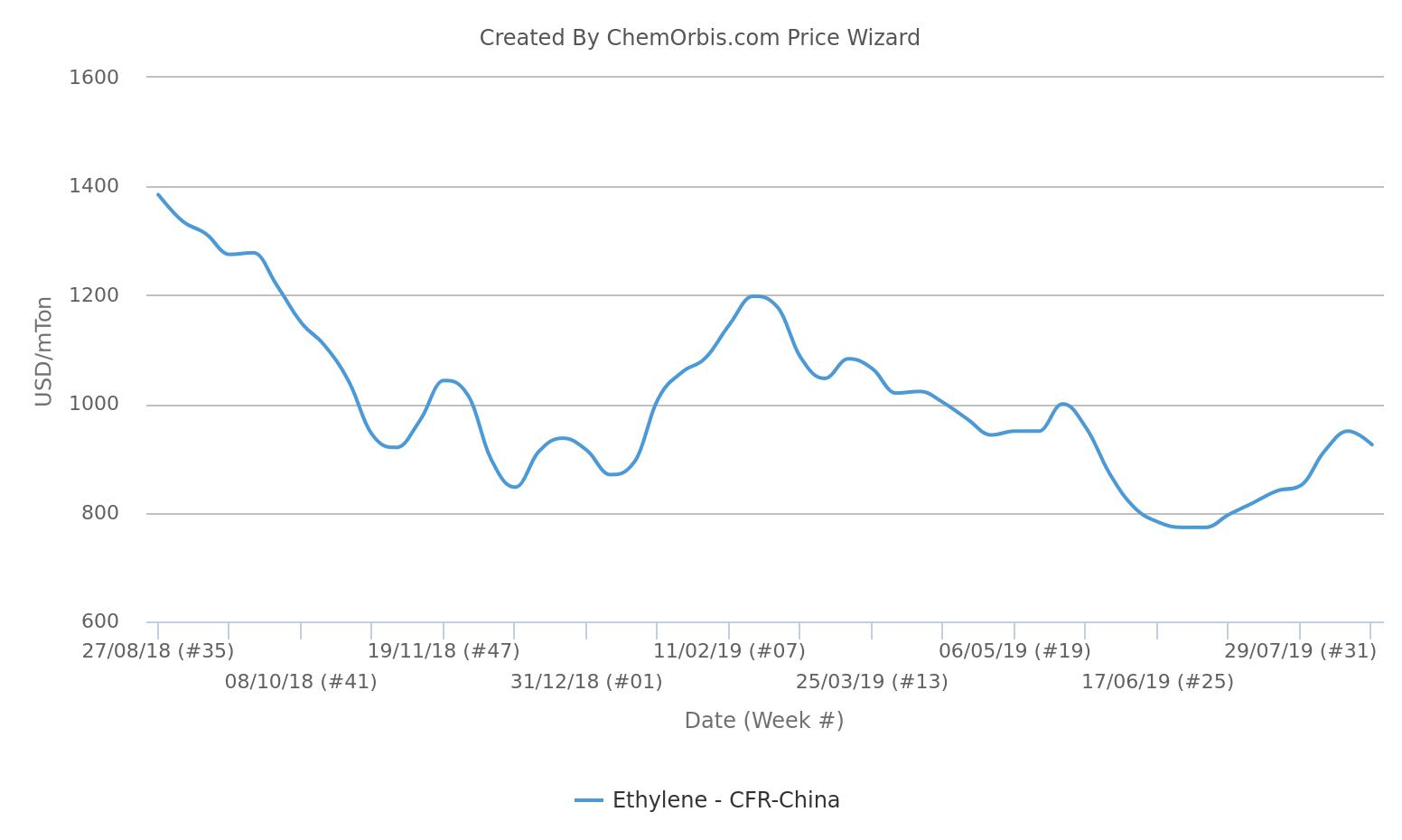 Apart from recent restarts, capacity additions including expansions as well as start-ups are expected to keep ethylene supplies long across the region.

In production news, China’s SP Olefins, a subsidiary of SP Chemicals, has started up the first gas-based cracker in China recently. Located in Jiangsu, the new plant is reportedly able to produce 650,000 tons/year ethylene while it will use imported US ethane as feedstock.

To track the most updated PE production news, please see PE Production News (For members only)

According to players, this factor might pull prices further down over the upcoming period when weak downstream demand is also taken into account. Concerns over global economic growth amid trade tensions and volatile energy markets have resulted in cautiousness in the market, with downstream buyers shying away from securing beyond their urgent needs.