by ChemOrbis Editorial Team - content@chemorbis.com
In Asia, spot ethylene prices finally reacted to the persistent losses in the upstream markets towards the end of last week after remaining unresponsive to downward pressure initially, supported by tight supplies of ethylene. 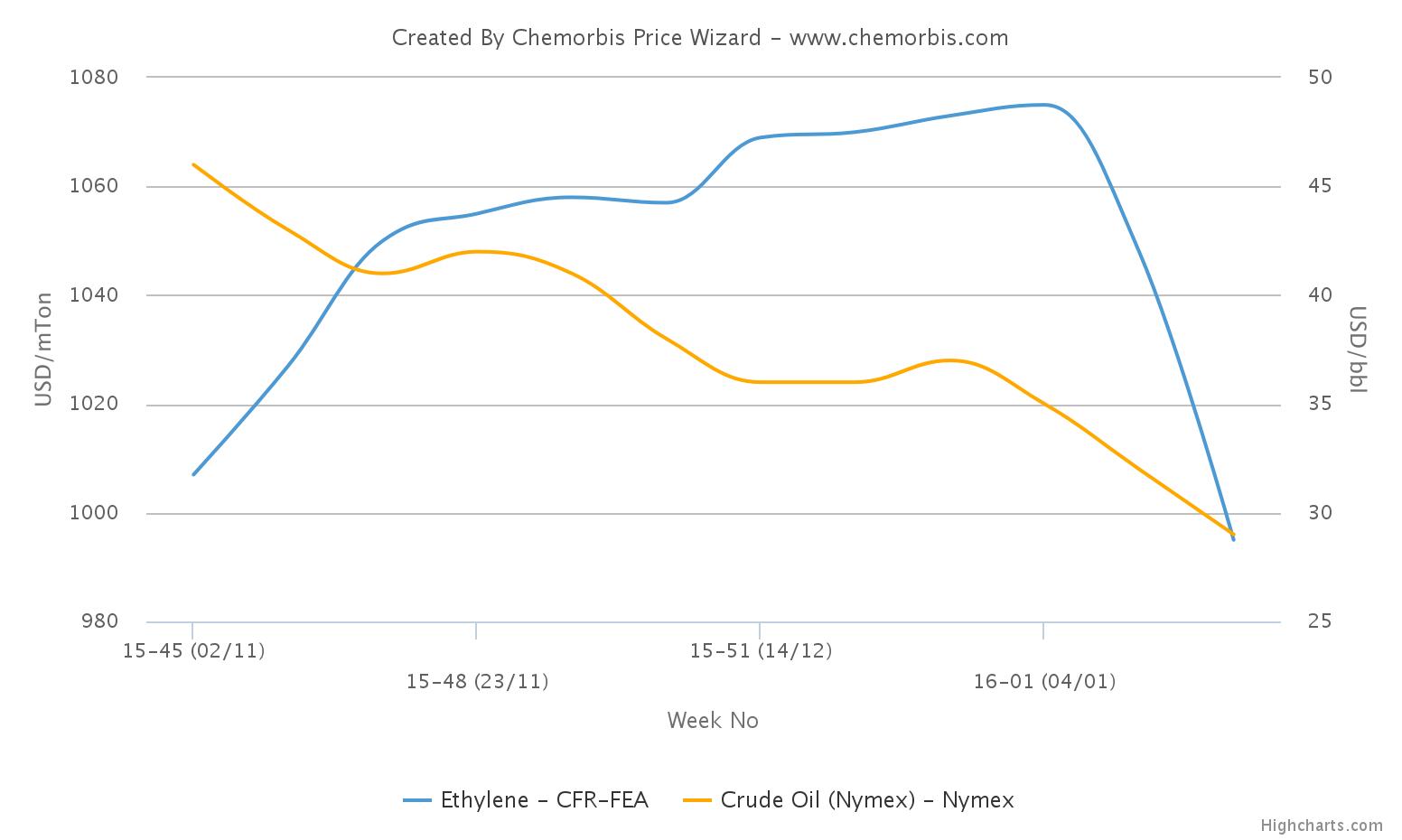 Crude oil futures on the NYMEX settled below the $30/barrel threshold for the first time since 2003 on January 15 and prices dropped as low as $28.36/barrel on Monday, the lowest in intraday trading since October 2003, weighed down by concerns about Iran’s return to an already oversupplied market following the lifting of sanctions.

Spot naphtha prices posted a weekly decrease of over $50/ton on a CFR Japan basis at the end of last week. In addition to bearish crude, high naphtha inventories across the region were cited as another reason pulling spot levels lower.

Weighed down by decreasing upstream costs, spot ethylene prices eventually declined by $80/ton during this past week on a CFR Northeast Asia basis. Despite falling on a weekly basis, prices remained steady on a day over day basis at the beginning of this week as some regional producers were not willing to cut their prices further citing their dwindling supply.

Some major crackers in the region are set to undergo turnaround between February and April. Thailand’s PTT is expected to shut their 1 million tons/year cracker at Map Ta Phut for maintenance next month.