by Başak Ceylan - bceylan@chemorbis.com
The price spread between the weekly average prices of Asian spot ethylene and naphtha has narrowed to its lowest level since 2012 this week amid 10-year-low ethylene pricing, data from ChemOrbis Price Wizard showed. 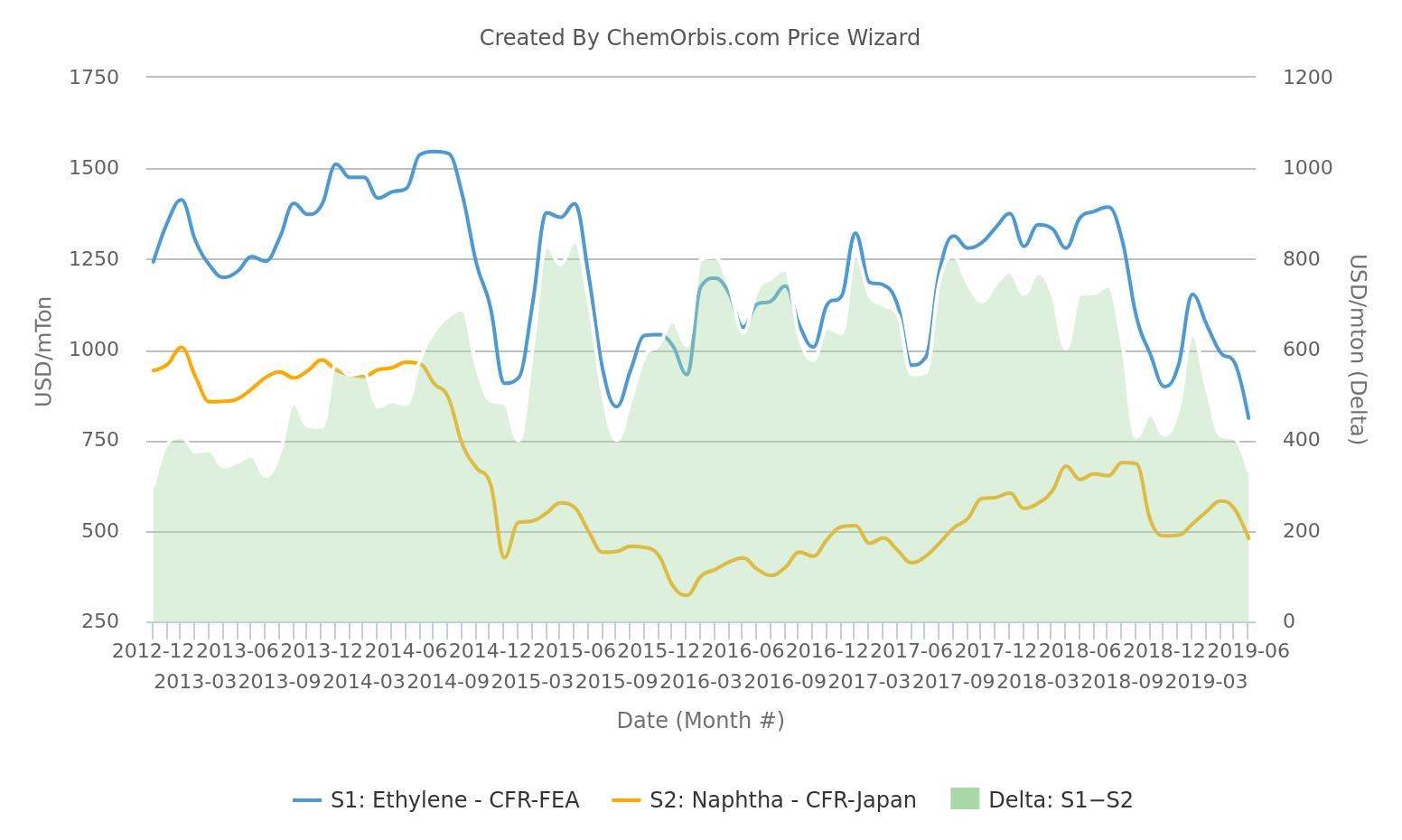 The spread was assessed at around $271/ton, indicating the lowest level since December 2012, with spot ethylene prices on CFR Far East Asia basis recently hitting a decade low . After plunging by nearly $400/ton over a three-month period, spot ethylene market is looking to regain its footing amid firmer crude futures.

However, ample supplies have mostly kept momentum tilted to the downside in the Asian ethylene markets.

On the other hand, naphtha prices in Asia have found some support from the recent gains seen in crude oil prices . Although naphtha prices were last assessed 10% higher than early June levels, they remained 15% below the six-month peak seen in April.

LG Chem has recently restarted its naphtha-fed steam cracker in South Korea after shutting it down early this month due to an unexpected technical issue. Also in South Korea, Hanwha Total Petrochemical resumed operations at its cracker following repeated delays and YNCC’s steam cracker No. 1 cracker restarted late last week after a 35-day shutdown.