by Merve Madakbaşı - mmadakbasi@chemorbis.com
Spot ethylene prices in Asia have followed a bearish path since their peak in mid-February. Beforehand, they displayed a month-long rally and hit their highest levels not seen since October 2018.

Prices turned down from 4-month high in H2 February

Ethylene prices in the region swiftly moved north between mid-January and mid-February this year owing to limited supplies.

Healthy demand from Chinese players, particularly from styrene producers in the pre-holiday period, reinforced the firming trend, pushing ethylene costs above LDPE and LLDPE prices in China and Southeast Asia by the middle of last month.

Earlier in March, players in Asia, Turkey and Europe confirmed that their Korean suppliers halted their downstream PE offers as they preferred to sell ethylene with better margins, instead.

Plentiful ethylene availability from other regions was cited among the main reasons that dragged prices down for the monomer. Prices on CFR Far East Asia basis have shrunk by $105/ton in total since the middle of last month, as can be seen on the graph below obtained from the weekly average data of ChemOrbis Price Wizard. 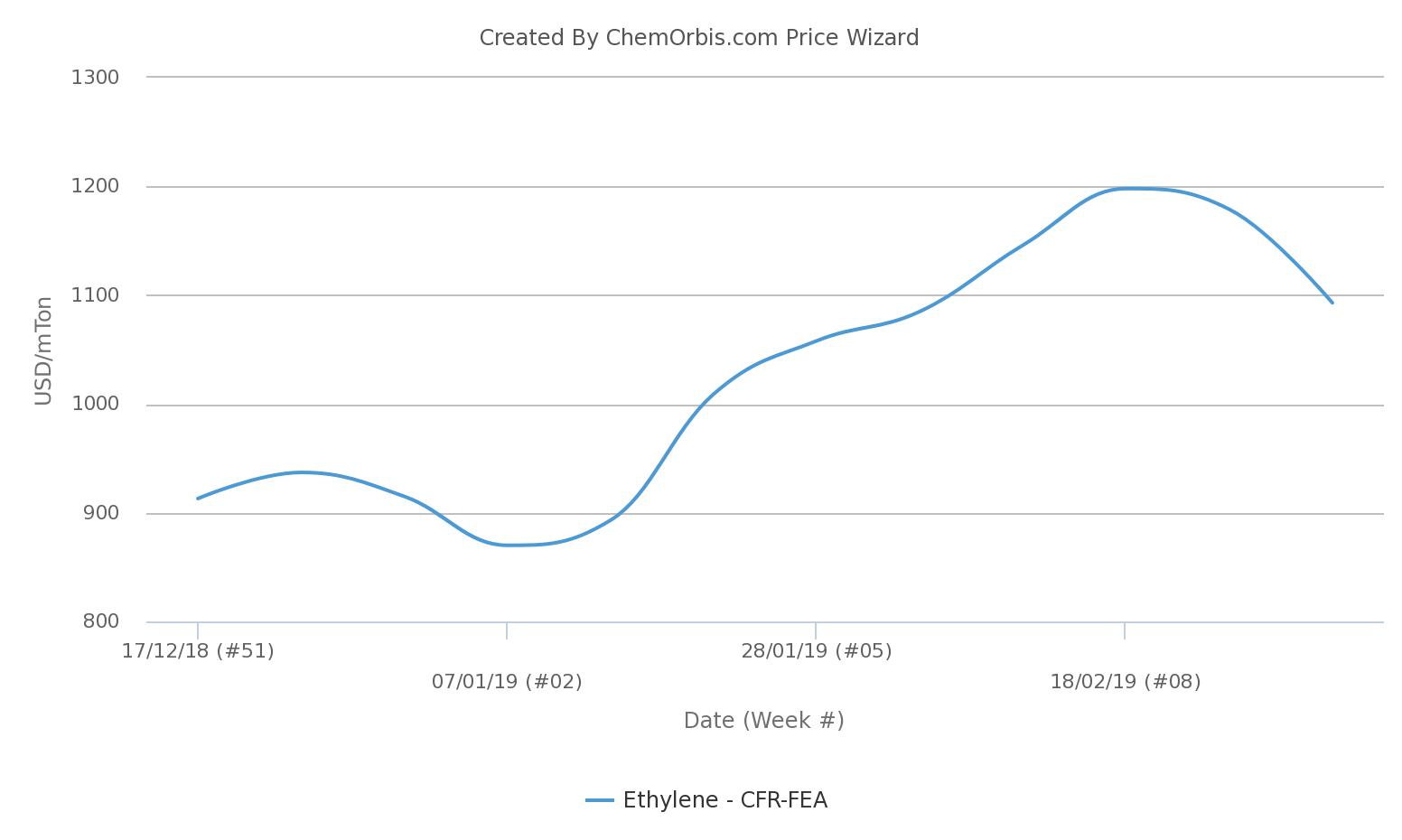 Will cracker turnarounds put a cap on C2 declines?

It remains to be seen whether the maintenance season for crackers in Asia will help ethylene drops lose steam or not over the coming days. During March-May, many crackers, particularly in Japan and South Korea, are planned to be offline for annual turnaround works that will last 1-2 months.

“Spot ethylene prices sustained their downward trend although oil futures and Asian spot naphtha prices did not change much during the last couple of weeks. Supply length diluted the impact of cracker turnaround season on the market,” some opined.

What caused the supply glut?

What caused this supply length is the imports from Europe that have flooded to Asia considering the massive premium of Asian ethylene over Europe. According to ChemOrbis Price Wizard, the weekly average of spot ethylene prices in Asia is still carrying a premium of $116/ton over Europe despite the recent losses.