by Merve Madakbaşı - mmadakbasi@chemorbis.com
Ethylene prices have hit a 4-month high on CFR Far East Asia basis this week upon steadily rising since mid-January, the weekly average data from ChemOrbis Price Wizard suggested. This pushed spot ethylene back above LDPE and LLDPE prices in China and Southeast Asia after around 3 months.

Uptrend kicked off in January due to healthy buying, low supply

The main drivers behind the climbing ethylene market were cited as limited availability and healthy buying interest from players in China. Demand from styrene producers particularly increased in the period before Lunar New Year holidays.

The delta between spot naphtha and ethylene prices widened to almost $640/ton, which pointed to the highest gap since September 2018, as can be seen on the graph below obtained from ChemOrbis Price Wizard. This also verifies that the 30% surge of ethylene was mostly driven by supply-demand dynamics rather than upstream naphtha prices, which have held almost flat on CFR Japan basis since mid-January. 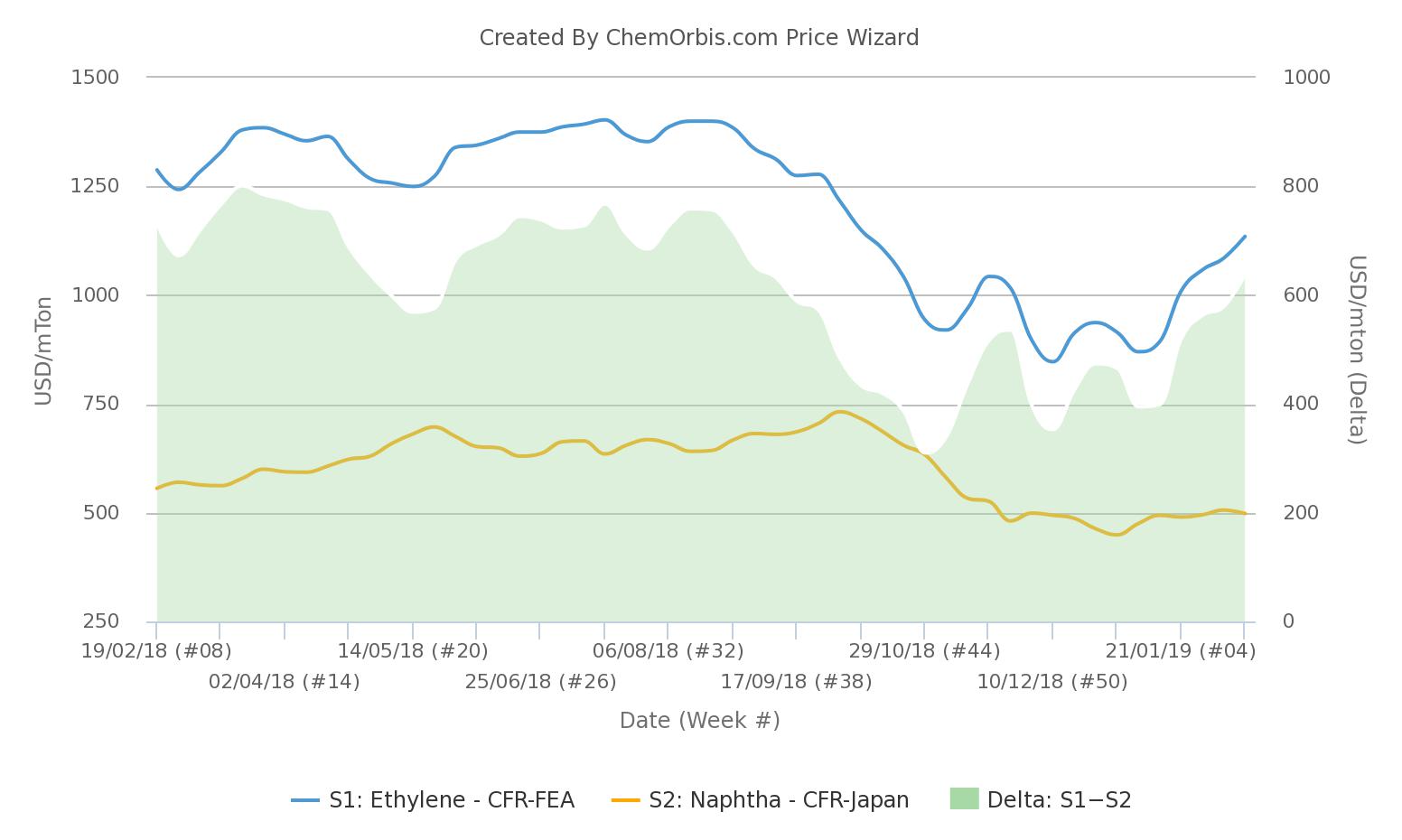 Several steam crackers in China, South Korea and Japan are readying for planned turnarounds in March-June. This is likely to keep overall ethylene supplies restricted across Asia in the second quarter of the year. Approximately 3.3 million tons/year ethylene capacity will be taken offline in total albeit for different durations within the next few months.

The weekly average data from ChemOrbis revealed that spot ethylene prices on CFR FEA basis are currently carrying a premium of around $100/ton over import LDPE and LLDPE film offers both in China and Southeast Asia.

Despite the fact that ethylene should theoretically trade below PE prices under balanced market conditions, it stood well above import LDPE and LLDPE prices across Asia throughout the first 10 months of 2018. After trading below PE prices for the last three months, spot ethylene prices have again climbed above LDPE and LLDPE recently, based on the weekly average of ChemOrbis Price Index.