by ChemOrbis Editorial Team - content@chemorbis.com
According to market sources, spot naphtha prices posted further decreases to slip below the $300/ton threshold in Asia due to softer crude oil prices, bearish sentiment and an expected oversupply issue in the near term.

Spot naphtha prices in Asia declined $30-35/ton week over week to be currently reported at around $290-295/ton CFR Japan, hitting the lowest levels seen since late January 2009, according to weekly average prices on ChemOrbis Price Wizard. Meanwhile, spot naphtha prices in Europe also declined around $15-20/ton on the week to be currently reported below $300/ton at around $280-285/ton CIF NWE. 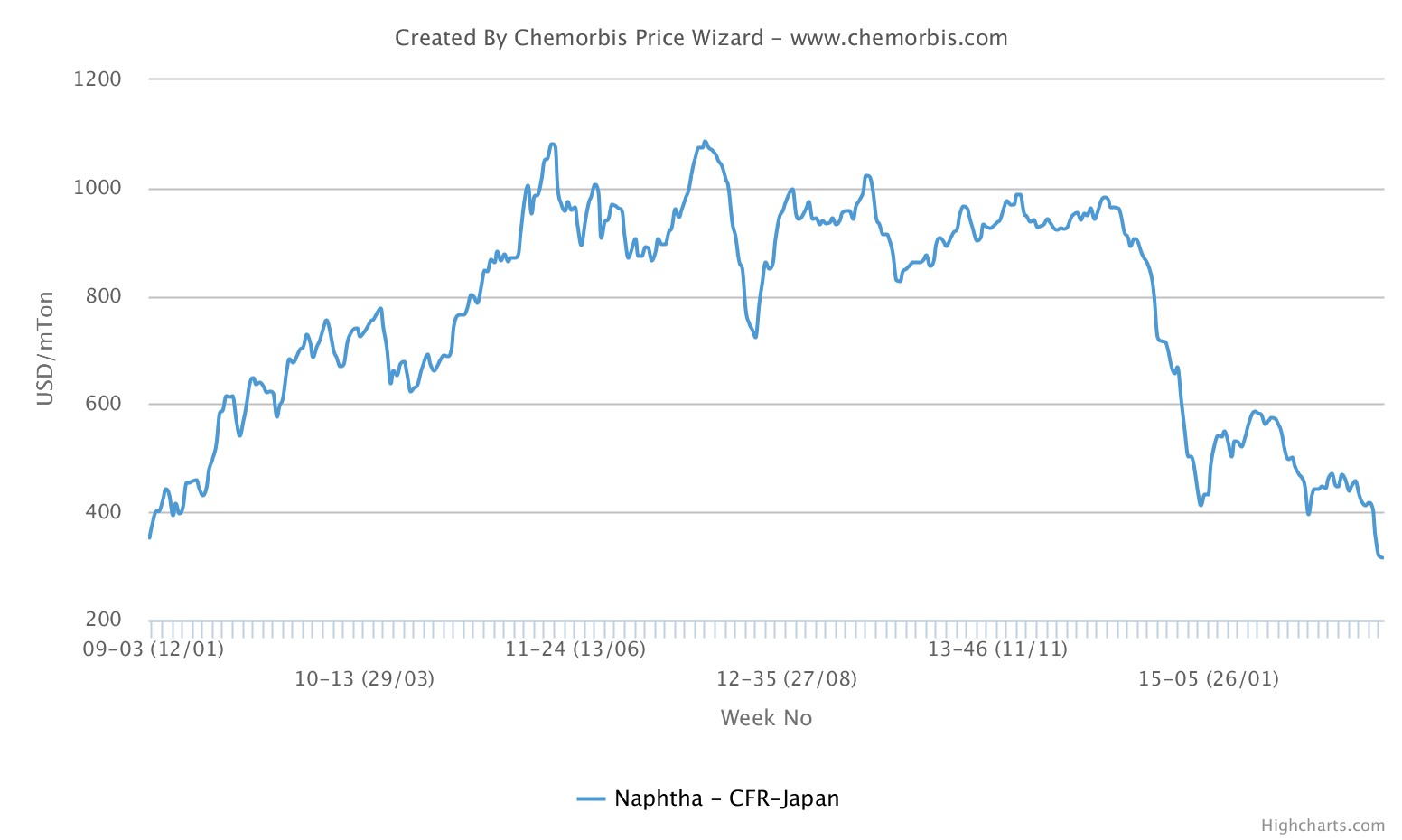