by Merve Sezgün - msezgun@chemorbis.com
In China, traders reported that import LLDPE film prices have broken below the $1000/ton threshold in the face of tepid demand and ample domestic supplies. Offers below this threshold have showed up for the first time since December 2018. 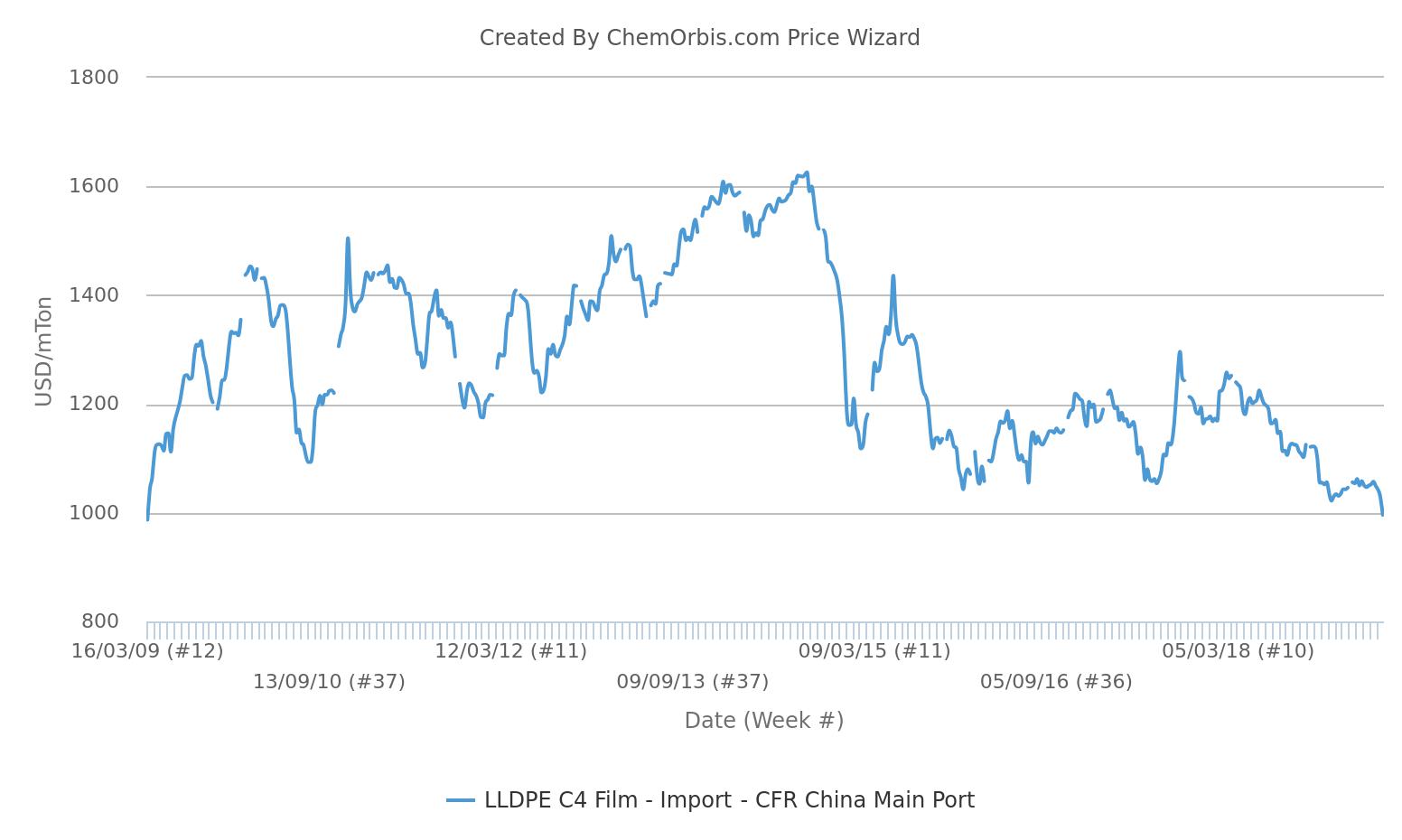 A trader operating in Xinjiang reported that his LLDPE film offers are down by $30-40/ton from last week. The seller currently offers Indian LLDPE film at $980/ton and Saudi LLDPE film at $990/ton, both on CIF China, cash basis.

“Two major domestic producers’ overall polyolefin supplies remain at a high level and local suppliers have lowered their prices further in order to reduce their stocks. However, the weak state of demand has been further worsened by the re-escalation of trade tensions with the US. Following the recent round of bilateral tariffs between China and the US, the yuan has sharply depreciated against the USD. The weaker yuan has directly weighed on demand for import PE,” he commented.