Brent rallies above $40/bbl during intraday trading on Wednesday

by ChemOrbis Editorial Team - content@chemorbis.com
Global crude oil markets have been gradually rising since end-April, when prices plunged to their lowest weekly average levels on record, according to ChemOrbis Price Wizard. The firming trend has become more visible lately on optimism ahead of OPEC+ meeting and easing global lockdowns.

Energy markets hovered at or slightly below $40/barrel during an intraday trading on Wednesday. Brent crude oil prices were trading at $40.18/barrel, while WTI crude contracts were standing at $37.71/barrel at the time of writing.

The recent gains were buoyed by expectations of further output cuts from OPEC+. The cartel is expected to meet via videoconference on June 4, but the date has not been officially confirmed.

On Tuesday, Brent crude rose $1.25 to close at $39.57/bbl on the ICE Futures Europe. West Texas Intermediate (WTI) crude futures trading on the NYMEX also gained $1.37 to close at $36.81/bbl. Both crude oil benchmarks have hit their highest levels since early-March, according to the weekly average data from ChemOrbis Price Wizard. 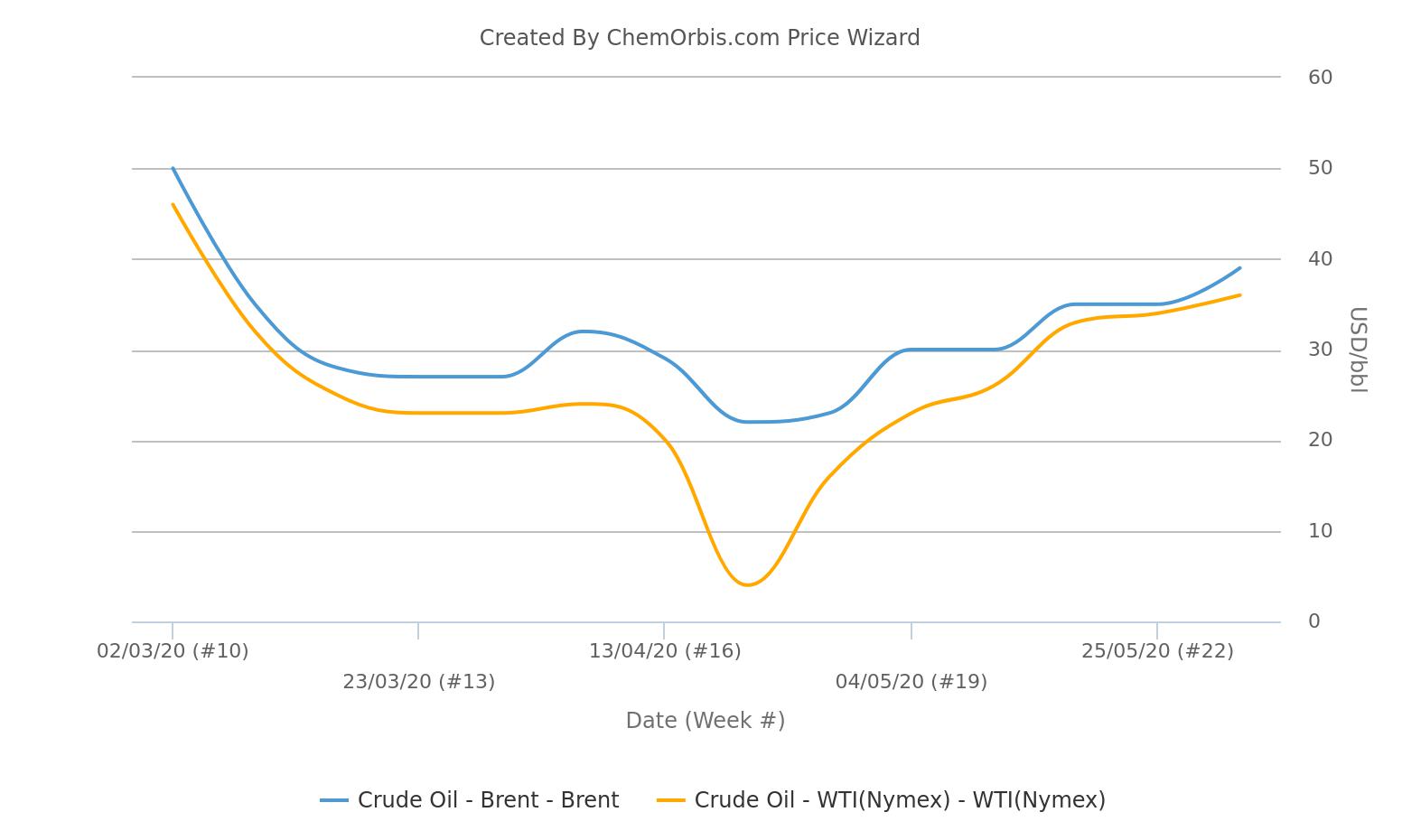