by ChemOrbis Editorial Team - content@chemorbis.com
China’s PET market witnessed a new round of hikes after following a mostly steady trend for the last three weeks. Firm upstream costs as well as healthy demand from several export destinations were cited as the main reason behind the recent increases.

Export PET prices from the country have been on a mostly firming trend since mid-October while their weekly average has recently hit its highest level since mid-May 2015, according to data from ChemOrbis Price Index. 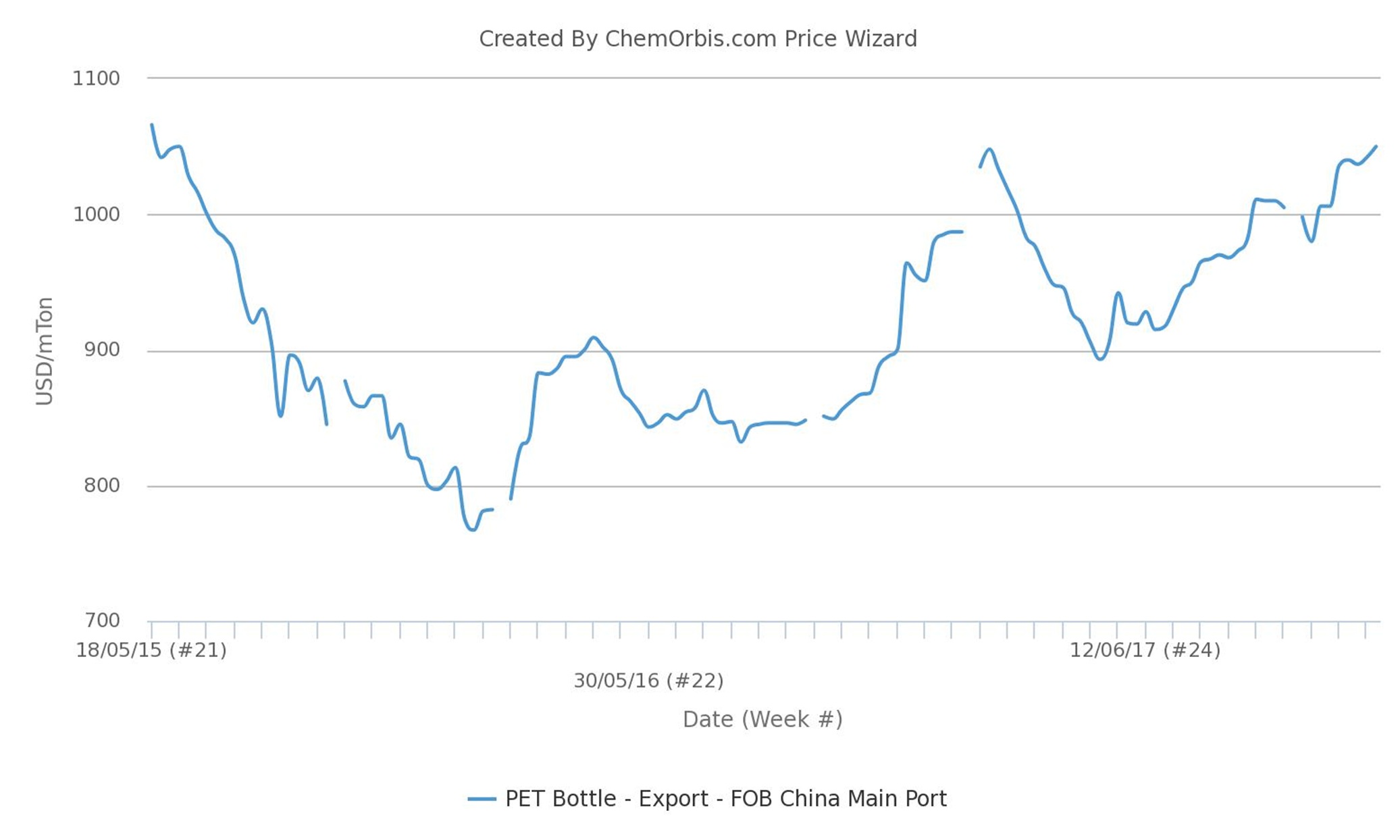 Players mostly attribute the ongoing bullishness of the market to high upstream costs in Asia. Spot PTA prices increased further by $10/ton on a weekly basis to be quoted at $715/ton CFR China.

A source from a domestic producer commented, “Upstream costs are firm while demand from export markets including South America, South Africa and Europe is strong. We are cautiously optimistic regarding the near term outlook.”

Meanwhile, in China’s local PET market, players are mostly cautious about the outlook since demand is fading given the low season for PET applications. Despite this fact, domestic PET prices also posted some weekly gains of around CNY50-150/ton ($8-23/ton) to be reported at CNY8150-8250/ton ($1053-1066/ton without VAT) on ex-warehouse, cash including VAT basis.