by ChemOrbis Editorial Team - content@chemorbis.com
In Europe, expectations for the upcoming monomer contracts center on increases mainly due to the bullish run of the energy complex, where Brent crude futures and spot naphtha prices have recently hit a 3-year-high. 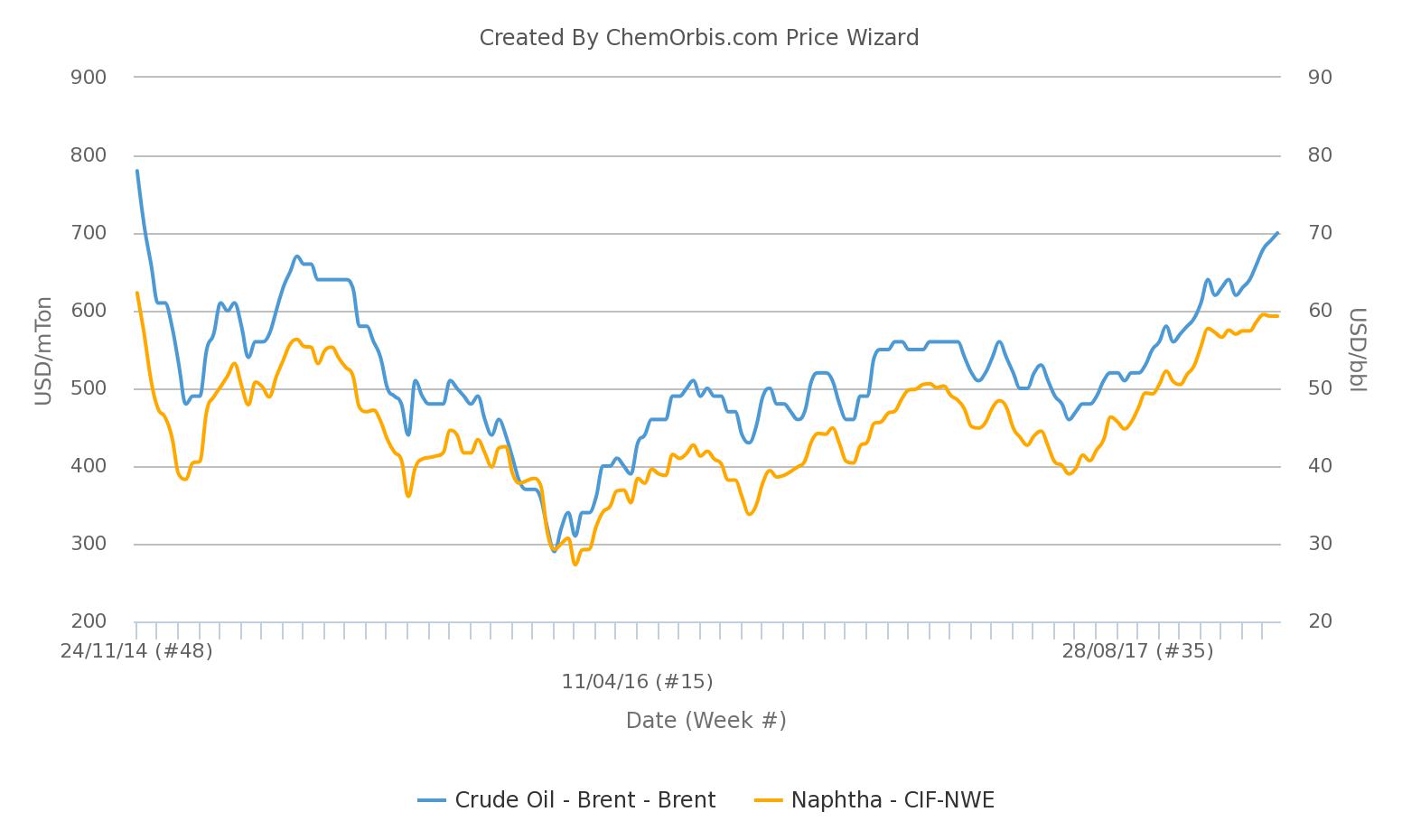 Accordingly, in the downstream markets, players are voicing anticipations of seeing increases of between €30/ton and €50/ton in February ethylene and propylene contracts. The planned shutdowns at some regional crackers are also contributing to the firmer expectations.

A distributor in Germany noted, “Demand is to improve further since naphtha prices have jumped and Brent futures are standing close to the $70/bbl threshold. Therefore, we expect to see increases of €30-50/ton in the next ethylene and propylene contracts.”

The bullish energy complex has already found reflection on the spot monomer markets, where spot propylene prices have risen by €90/ton since the first half of December and ethylene have been up by €60/ton during the same period, according to the weekly average data from ChemOrbis Price Wizard.

Meanwhile, increase expectations for the styrene monomer are ranging between €30-50/ton and €50-70/ton. This might be stemming from expectations of seeing intensified impact of the turnarounds at styrene units starting from February. Plus, some players think that February will have to witness stronger hikes for styrene as January contracts settled with lower-than-expected increases.

To track the most updated status of plants, shutdowns, restarts and new capacities, please see Production News (For members only)

A West European producer reported, “PS buyers are accepting €10/ton increases that match monthly styrene upsurge as there are expectations of further increases of €50-70/ton for the styrene monomer for February.”

According to the data from ChemOrbis Price Wizard, spot styrene prices have posted cumulative increases of $85/ton since late December, on a weekly average basis.