by ChemOrbis Editorial Team - content@chemorbis.com
Players operating in China’s PS and ABS markets reported that import prices registered additional hikes this week in line with a firm upstream outlook. The ABS market is tracking a bullish trend for the third consecutive week following the end of the National Day holidays due to surging butadiene costs as well as tight supplies. Although spot butadiene prices erased some of their gains in the recent days, they remain $200/ton above the early October levels.

Data from ChemOrbis Price Wizard shows that ABS prices on a CFR China basis have climbed by around $84/ton on a weekly average basis when compared to pre-National Day holiday levels, suggesting their highest level since July 2015. 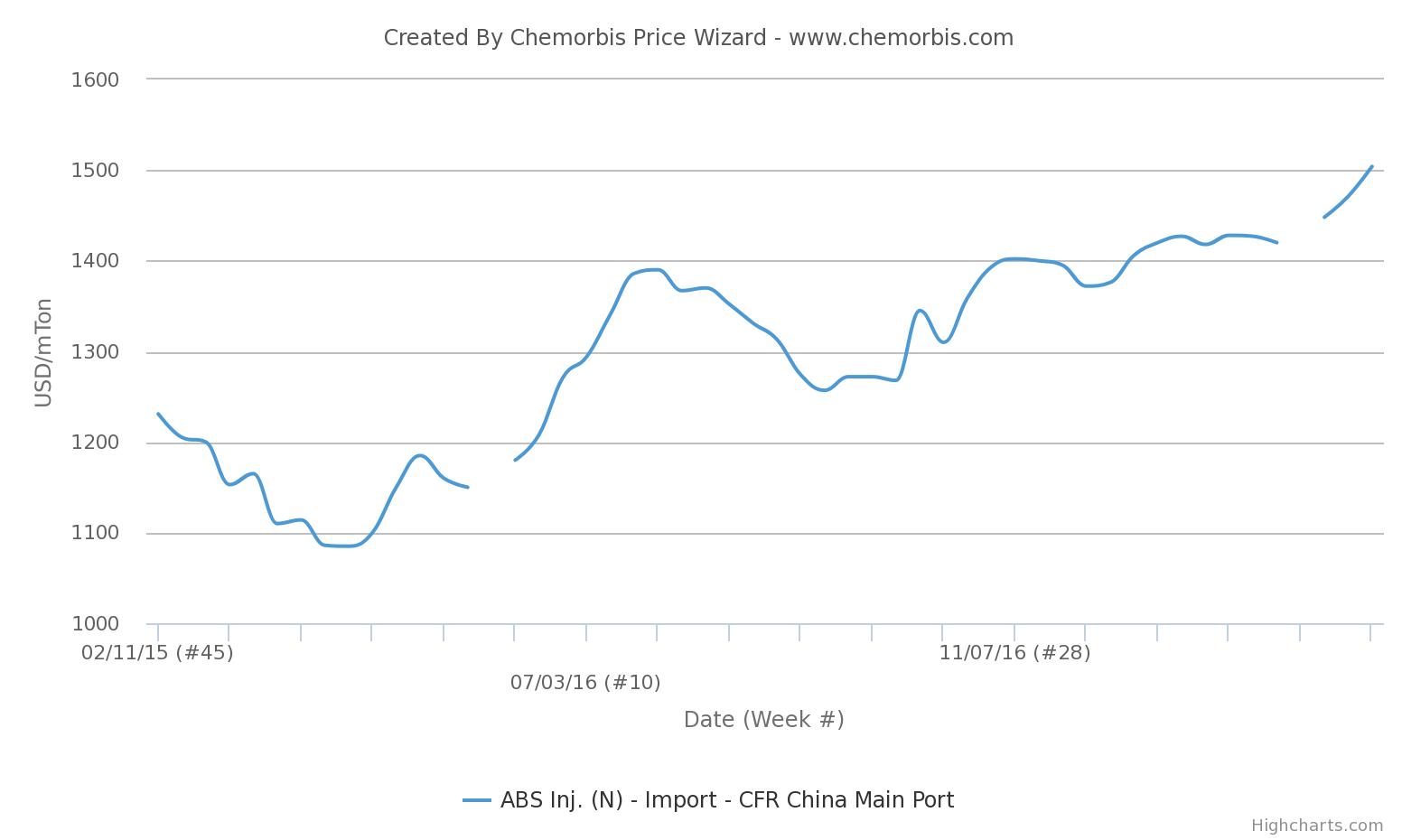 This week, following a Taiwanese producer’s hike decision, players reported that a second Taiwanese producer also issued fresh increases on their offers. The producer raised their PS and ABS prices by $20/ton from their latest levels, bringing their new offers to $1510/ton for ABS, to $1270/ton for HIPS and to $1210/ton for GPPS, all on CIF China/Hong Kong, cash basis. A trader commented, “We believe that demand for ABS might continue to improve if upstream costs remain on a firm note.”