However, prices have seen downward correction recently despite higher ethylene costs in Asia and the futures markets. Players attributed the situation to cooling demand and the anticipated relief in supplies from Iran. According to the graph below created by ChemOrbis Price Wizard, import HDPE film prices have eased down by around $25/ton week over week on an average, although they still carry a large premium of around $100/ton over LDPE and $135/ton over LLDPE. 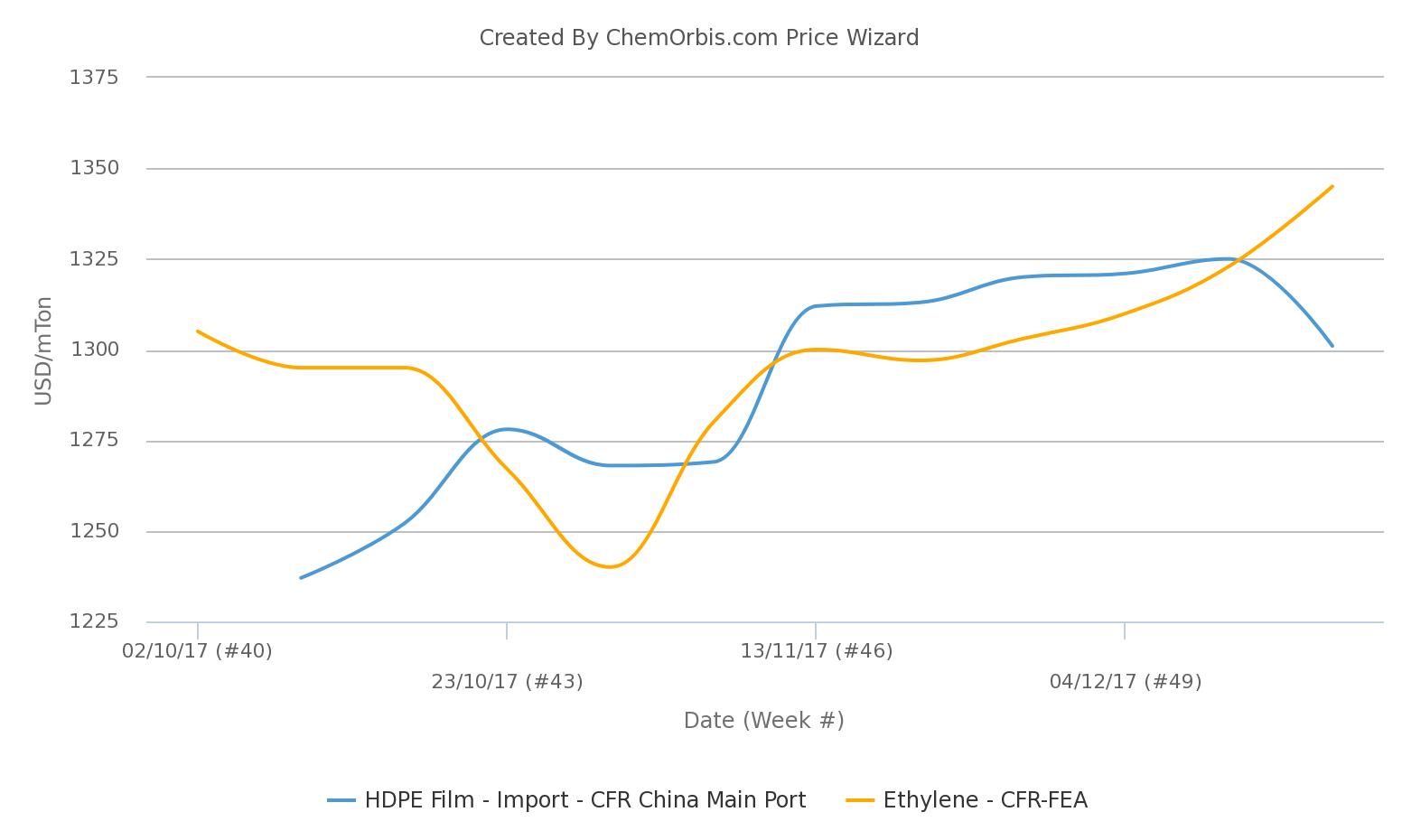 The low season for end-markets combined with the nearing year end caused activity to lose steam for PE in general, while the expected increase in HDPE supplies weighed down on the market in particular. Several players reported that the delayed shipments from Iran will be delivered in January.

A Ningbo-based trader highlighted, “HDPE witnessed a correction due to the fact that prices rose rapidly in the previous three month. We now believe that supply will improve thanks to the arrival of Iranian cargos next month.”
A Southeast Asian producer projected a softening trend regarding January due to smooth supplies, saying, “The prevailing prices already met with resistance, which prevented us from lifting our HDPE prices despite the increasing ethylene costs in December.”

A Mid-Eastern supplier who offers to China also affirmed that HDPE film deals have been lower recently. “Prices may see more softening by next month considering the large premium of HDPE over LLDPE. Nonetheless, no dramatic drops are likely as demand may pick up before or after the Chinese New Year and we are not concerned about Iranian HDPE supplies,” he highlighted though.

On converters’ side, a bag manufacturer in China said, “Regardless of higher ethylene, HDPE will have more room to come down, given the gap between other PE products.”