by ChemOrbis Editorial Team - content@chemorbis.com
In China, both import and local HDPE prices witnessed additional increases during this past week given the ongoing supply tightness. According to ChemOrbis Price Index data, the weekly averages of local and import HDPE film prices and import HDPE blow moulding prices have hit their highest levels since July 2015. 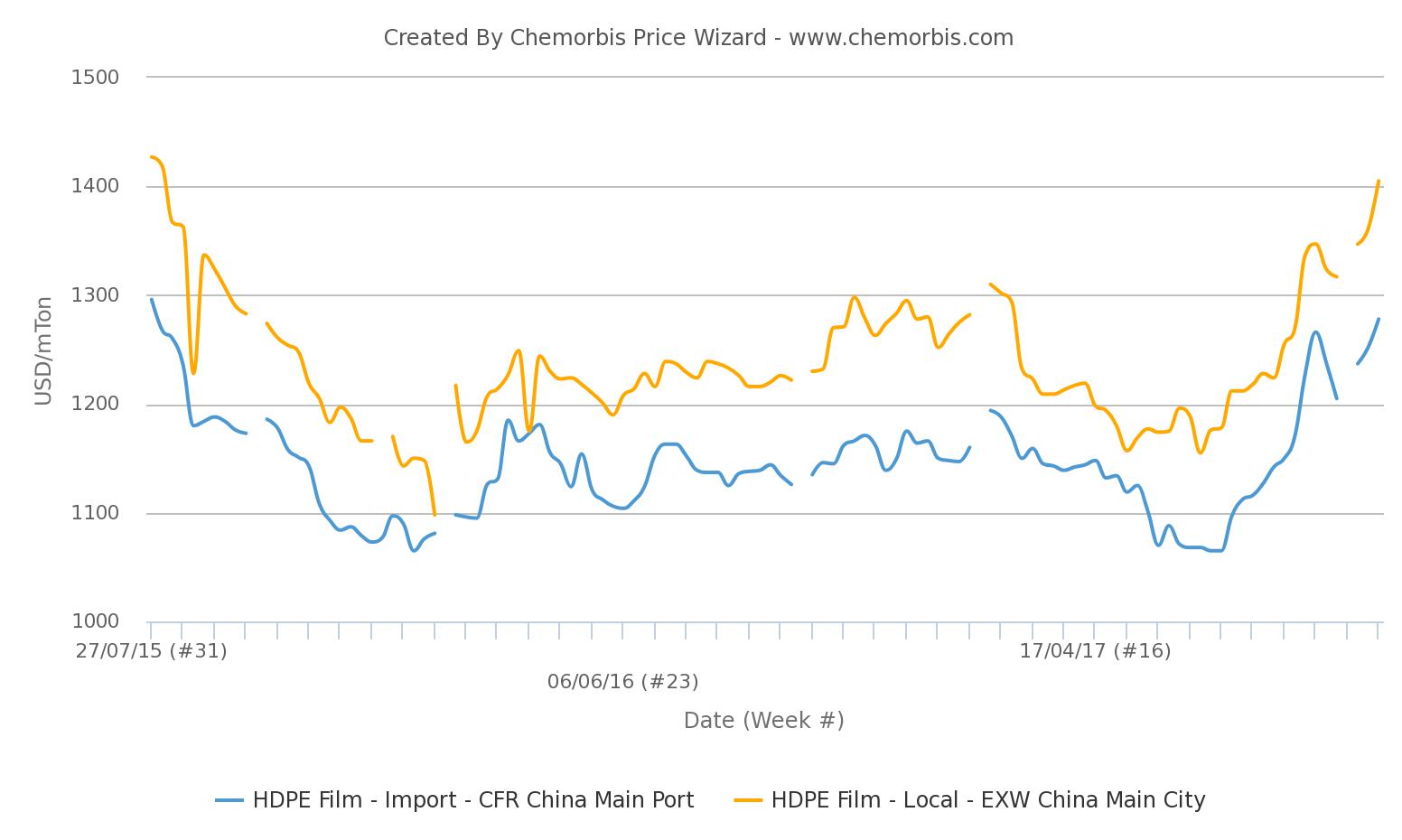 Several players affirmed that supply issues for HDPE continued in the face of limited availabilities from Iran and the Middle East. A Saudi major announced its November HDPE film prices with a hefty increase of $100/ton from October while applying only a slight hike of $10/ton on its LDPE film offers.

An agent of the producer, however, said, “The producer’s HDPE tightness has eased recently while overall supplies from Iran and the Middle East are likely to increase gradually next month. Therefore, we have concerns about the producer’s new HDPE film offer, which might be too high if we consider the season. We are planning to focus more on LDPE, LLDPE and PP in November.”

A few traders operating in China commented, “We are still facing some shipment delays regarding Iranian HDPE cargoes while domestic supplies are also limited amidst healthy demand for film and pipe grades.”

A converter noted, “We requested for 600 tons of HDPE blow moulding from our Qatari supplier, yet they were only able to 300 tons of material to us.”