by Esra Ersöz - eersoz@chemorbis.com
China’s cumulative polymer imports during the first five months of 2019 rose 14% on year to more than 10 million to hit the highest in nearly two decades since Chemorbis started compiling the country’s import statistics in 2001.

The record numbers keep the world’s second biggest economy on track to surpass last year’s figures despite the imposition of tariffs on several products amid trade tensions with the US from last year.

On the other hand, imports from the main party - US - dipped almost 30% to 351,097 tons during the Jan-May period amid the trade tensions. Players are now keeping a close eye on the resumed trade talks after the G20 summit about whether there will be some recovery in the second half of the year. 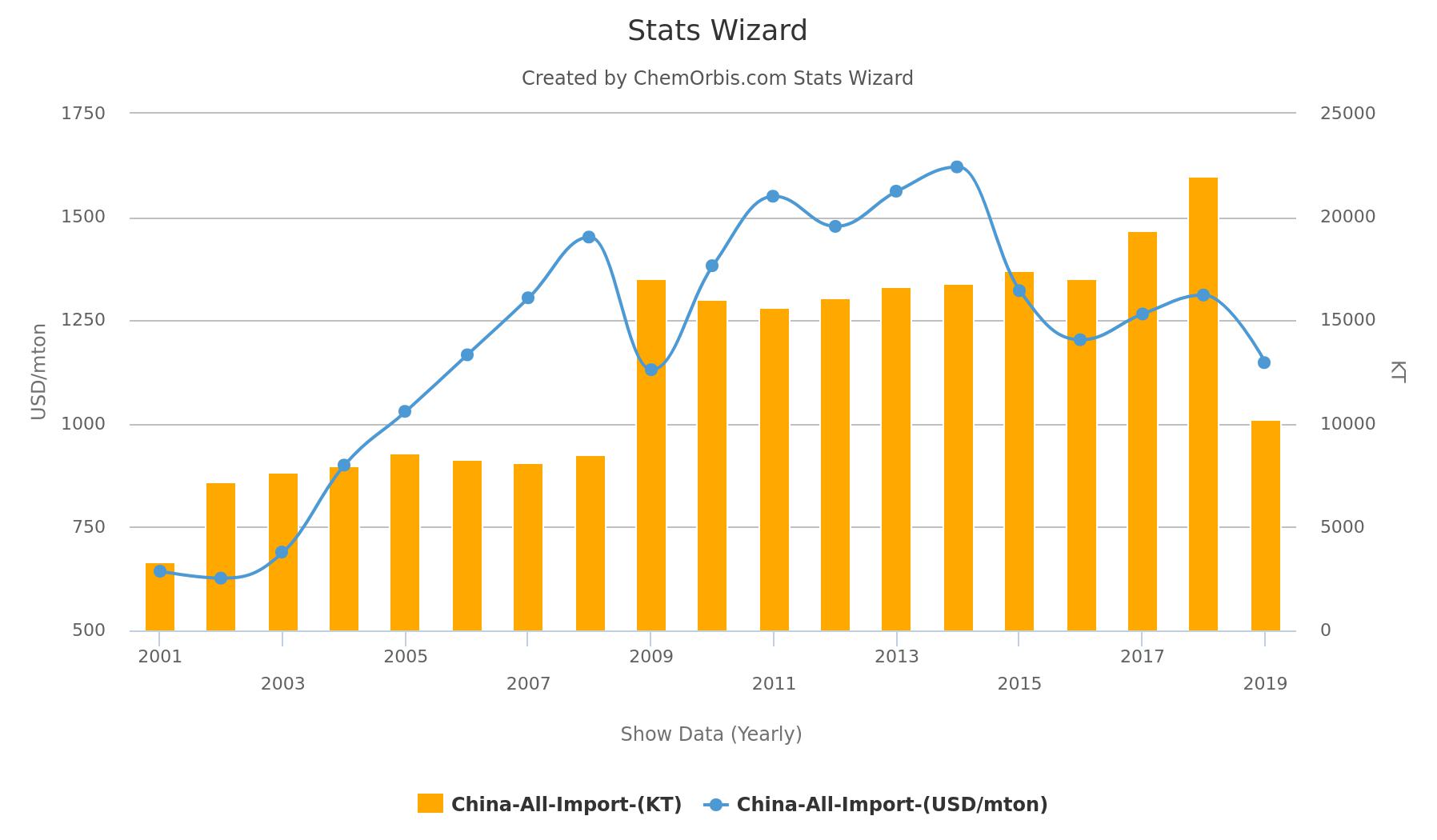 HDPE imports up 14%, US arrivals slump

Imports from the US slumped 83% to 29,499 tons from 172,764 tons during the previous corresponding period. China imposed retaliatory tariffs on LLDPE and HDPE from August last year, which has harmed growing US exports of those grades.

The largest supplier of LDPE to China was Iran despite the US sanctions at 320,205 tons, followed by Saudi Arabia at 192,982 tons. The US was third at 124,047 tons, with this grade not being targeted by tariffs despite the trade tension.

Unlike other polymers, the country imported less Homo-PP from overseas during the period, with imports declining 1.6% on year to 1,352,000 tons amid growing domestic capacities.

This was one of the few categories where Saudi Arabia was not among the top three suppliers. The Middle Eastern country was ranked sixth at 35,954 tons.

Will China’s growth of imports lose steam in H2?

China’s record-high imports in the first five months affirmed the high stock levels inside the country, which was cited as one of the main reasons to push the trend down for most polymers starting from mid-April. The downturn lasted for two months in most polymer markets.

The trade tension also continues to cause woes despite the renewed hopes for a resolution. The US may have to look for alternative destinations to China while China is planning to bring more PP and PE capacities online by the end of this year, which may eventually cut the buying appetite for imports.

China’s possibly slower economy is also casting a cloud over whether China will maintain its record-high imports for the second half of the year.