by ChemOrbis Editorial Team - content@chemorbis.com
In China, import LDPE and LLDPE prices followed a stable to slightly firmer path this week in response to rising crude oil prices. Manufacturers were involved in pre-buying activities ahead of a week-long National Day holiday that will be celebrated early in October. This also provided support to sellers’ cautiously firmer stance. However, HDPE mostly sustained its soft path due to discouraging demand. 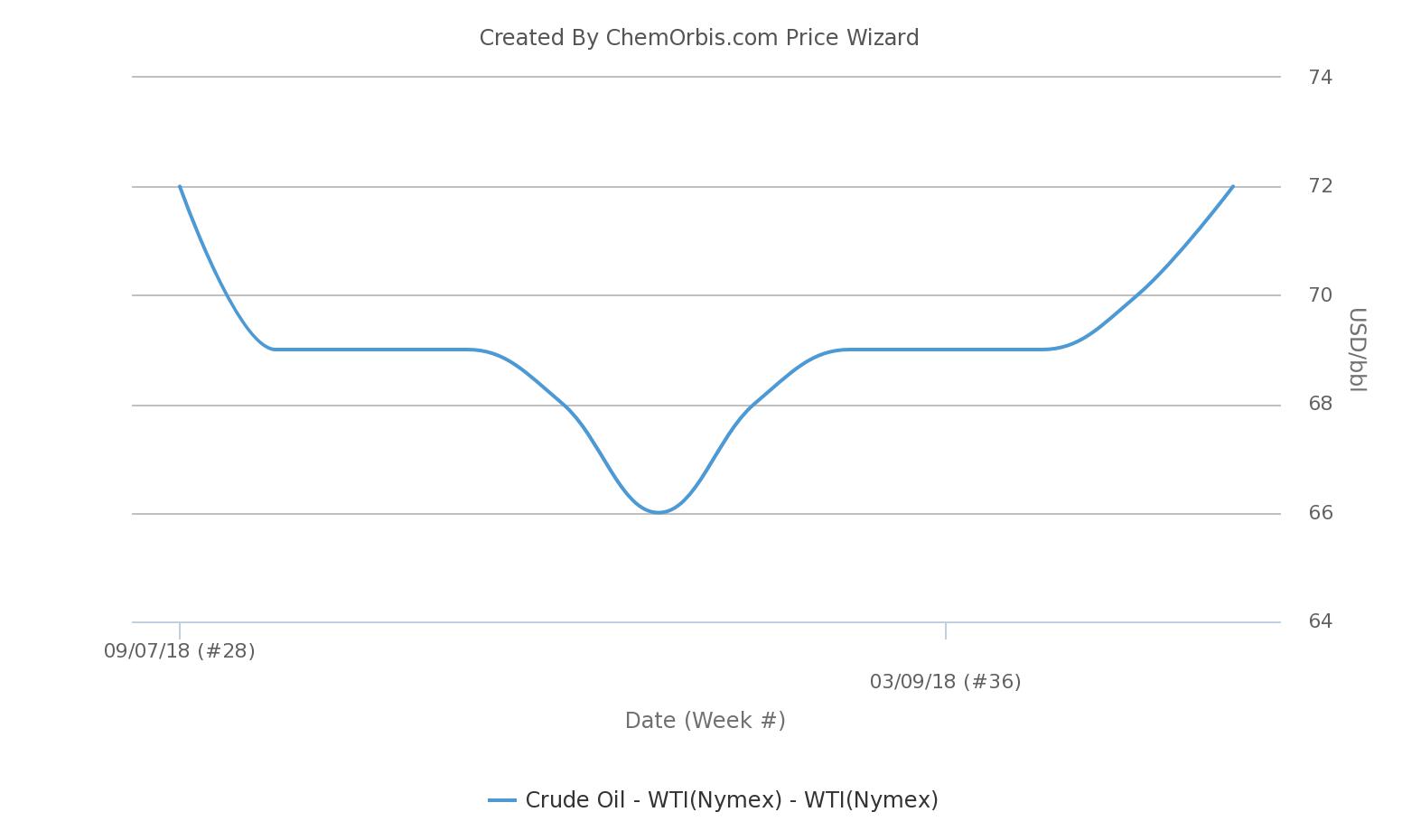 The overall import price ranges in China were stable to $10-23/ton higher on the week for LDPE and LLDPE whereas additional declines of $20-30/ton were recorded for HDPE film. Players in other major markets including Southeast Asia and Turkey also commented that the outlook for HDPE was weighed down by slow demand and the presence of competitive American cargos.

“The PE sentiment was still weaker than PP, yet LDPE and LLDPE prices gained some ground since packaging converters started to replenish their stocks,” traders in China noted.

Nonetheless, whether LDPE and LLDPE prices in the country will preserve their slightly firmer note following the holiday remains as a question mark as the market continues to face volatility due to an escalating trade war between China and the US. The third round of US tariffs on $200 billion Chinese goods took effect as of September 24.

“Chinese PE converters are expressing their concerns about their end product exports in the fourth quarter of the year given the latest round of US tariffs,” also stated a trader.

“Operating rates are gradually increasing in the agricultural film sector. However, we aren’t expecting PE prices to follow an uptrend after the holiday in case buying interest fades, considering the current economic conditions stemming from the levied US tariffs and the weak Chinese yuan.”