by ChemOrbis Editorial Team - content@chemorbis.com
Trend for PE has been weak in China for the past couple of weeks as low season for end product applications and the ongoing presence of attractive offers from the US and India weighed on the market. Increased overseas supplies amid the arrival of import cargos partially counterbalanced the volume losses stemming from turnarounds at local producers. Yet, supply woes helped HDPE prices sustain their levels in most cases.

The low ends of the import LDPE and LLDPE ranges declined between $20-50/ton amidst steady high ends in a weekly comparison. As for HDPE, the high end edged up while a deal for US origin kept the low end flat. 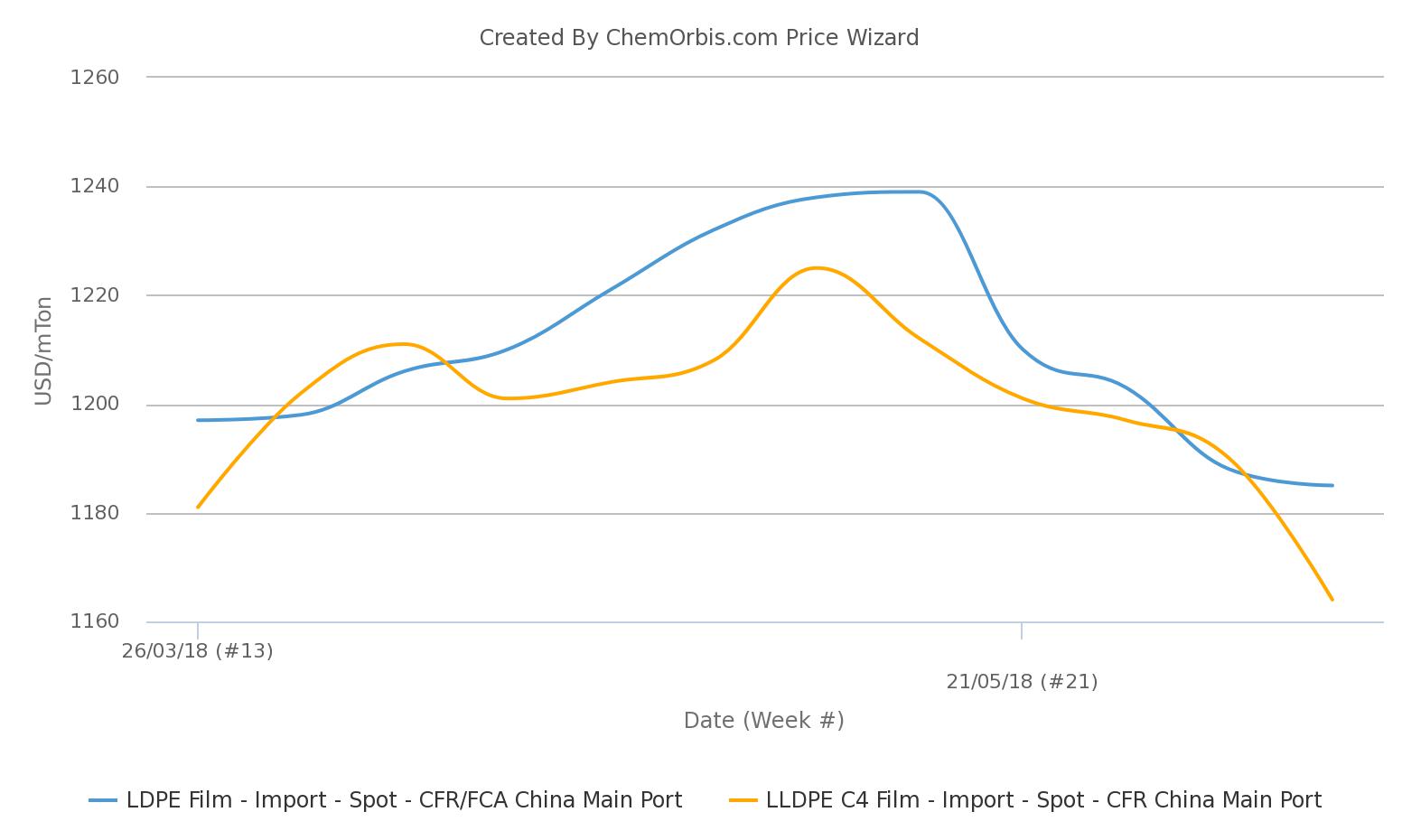 A Shanghai-based trader highlighted that the emergence of competitively priced Indian and US materials a few weeks ago has encouraged converters to come with lower bids. “More import PE cargoes are foreseen to arrive in the latter part of June and mounting resistance from manufacturers already forced Middle Eastern producers to adjust their offers down from initial June announcements,” he noted.

Applying weekly drops of $5-20/ton to their PE prices to China, a Southeast Asian producer reported, “Prices lost ground despite the gains in LLDPE futures at the start of the week mainly due to the off-season. Falling prices on local currency exerted pressure on import PE offers as well.”

For the near term, meanwhile, rising spot ethylene prices and intense maintenance period throughout June are projected to prevent the market from considerable price reductions, some Chinese players remarked.