by ChemOrbis Editorial Team - content@chemorbis.com
According to data from ChemOrbis Price Index, both export and local PET prices in China extended losses over the past week to hit the lowest levels seen since ChemOrbis began keeping records in January 2008. China’s PET market has been tracking a downward trend since mid-May 2015 in the face of persistently decreasing energy costs and ample supply. 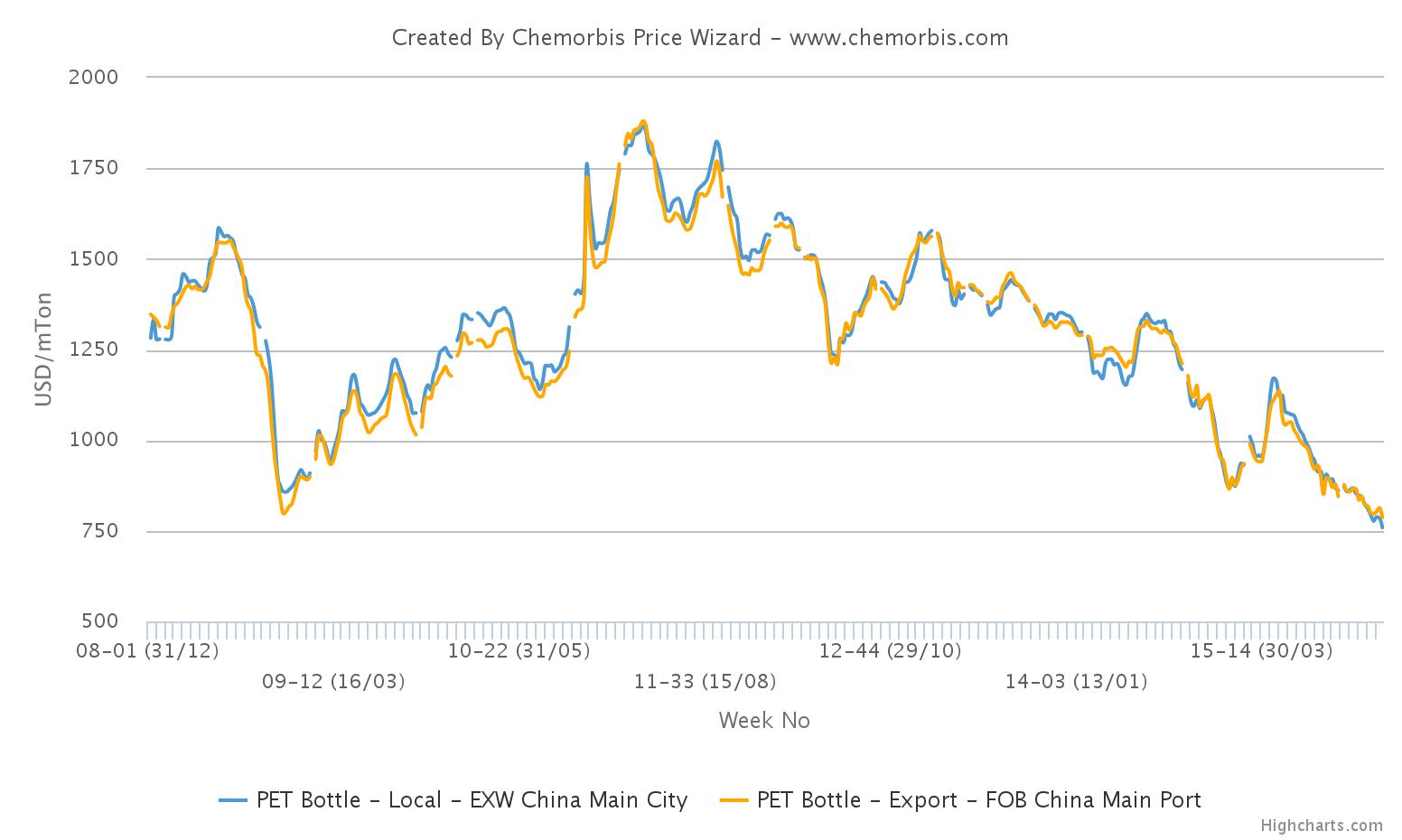 Export prices out of China declined $30-40/ton on a week over week basis, with the overall range currently standing at $760-800/ton on an FOB, cash equivalent basis. Offers above the $800/ton threshold disappeared from the market this week while players attributed these developments to the steep declines recorded in crude oil and naphtha prices.

In the upstream markets, crude oil prices on both NYMEX and Brent decreased to around $30/barrel this week, the lowest levels seen since early 2009 while Asian naphtha witnessed weekly drops of around $45-50/ton to be quoted at as low as $330/ton CFR Japan. Meanwhile, MEG and PTA costs are $25/ton and $20/ton lower, respectively, on a weekly basis. PX prices are also down by around $45/ton.

A source from a local producer commented, “PET prices retreated further this week following the recent losses in crude oil costs. Our customers are waiting on the sidelines and watching developments cautiously. We think that PET prices may witness additional reductions if crude oil costs continue to decline in the coming days. We hope to receive better demand after the Chinese New Year holidays as the peak season for our export business traditionally starts in March.”

In the local market, meanwhile, PET prices were also down by around CNY200/ton ($30/ton) when compared to the previous week. A bottle manufacturer reported, “Demand remains weak as buyers are still sourcing according to their immediate needs. We are also planning to avoid building stocks as we believe that the market still has room for further decreases. Demand may start to improve in mid-March. However, we feel that buying interest will not be as strong as it was in the same period of last year.”