by Başak Ceylan - bceylan@chemorbis.com
China’s cumulative polymer imports neared six million tons during the first quarter of 2019 and marked the highest quarterly total volume, according to ChemOrbis Import Statistics data dating back to 2001. 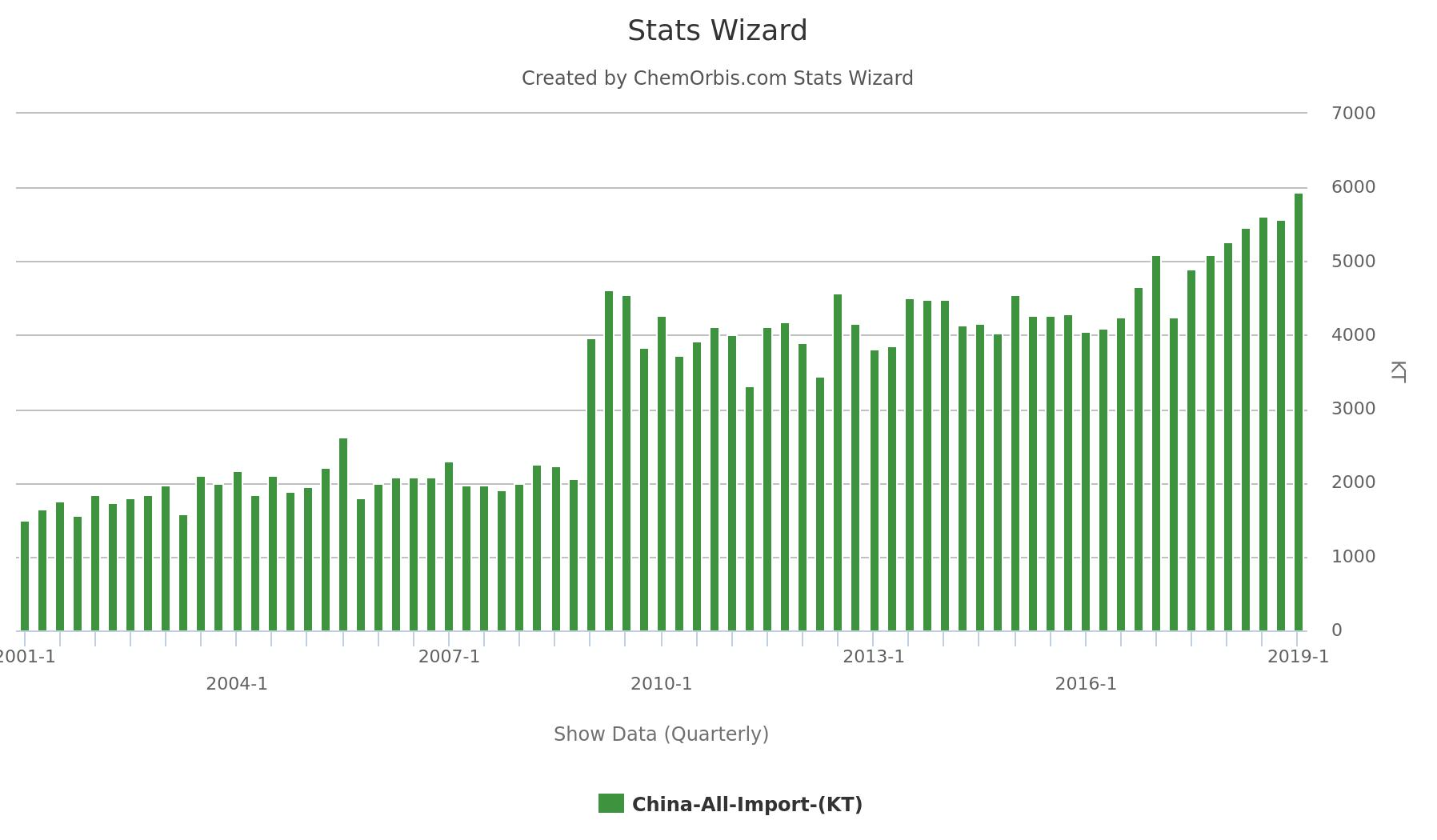 China’s total polymer imports were up 13% on a yearly basis. The top three polymers exporters to China in Q1 were Saudi Arabia , South Korea and Taiwan. Compared to the first three months of the previous year, China’s total polymer imports from Saudi Arabia increased by around 30% while imports from both South Korea and Taiwan increased by 7% in Q1 2019.

Among all PE products, the country’s LLDPE imports recorded the largest yearly increase of 35% to hit around 1,320,000 tons in the first quarter. This was also the highest quarterly volume, according to ChemOrbis data. HDPE represented the lion’s share of the country’s total PE imports with 1,885,000 tons, up by 10% year-on-year. As for LDPE, China’s imports also increased by 10% on the year to be reported at around 778,000 tons.

US PE exports slump after tariffs by China

ChemOrbis data also showed that HDPE and LLDPE imports from the US plunged by around 84% and 56% respectively from a year ago. This resulted from the new tariffs that came into force in August, as part of the country’s trade war with the US.

China imported almost 808,000 tons of homo-PP in the first quarter, suggesting an increase of around 3% year-on-year due to the reduced appetite driven by the increasing domestic capacities. Meanwhile, imports of PP copolymer showed a larger year-on-year increase of 8% at more than 351,000 tons. This also marked the second best quarterly performance for PP copolymer imports, after a record of around 422 million tons set in Q1 of 2017.

PS imports jump while ABS down a notch in Q1