by ChemOrbis Editorial Team - content@chemorbis.com
China took a break from its upward PET trend which kicked off in the middle of October. Export PET prices tracked a stable to slightly softer trend over the past week since buyers’ resistance increased amidst softer MEG costs in addition to the approaching year-end and Chinese New Year holidays. 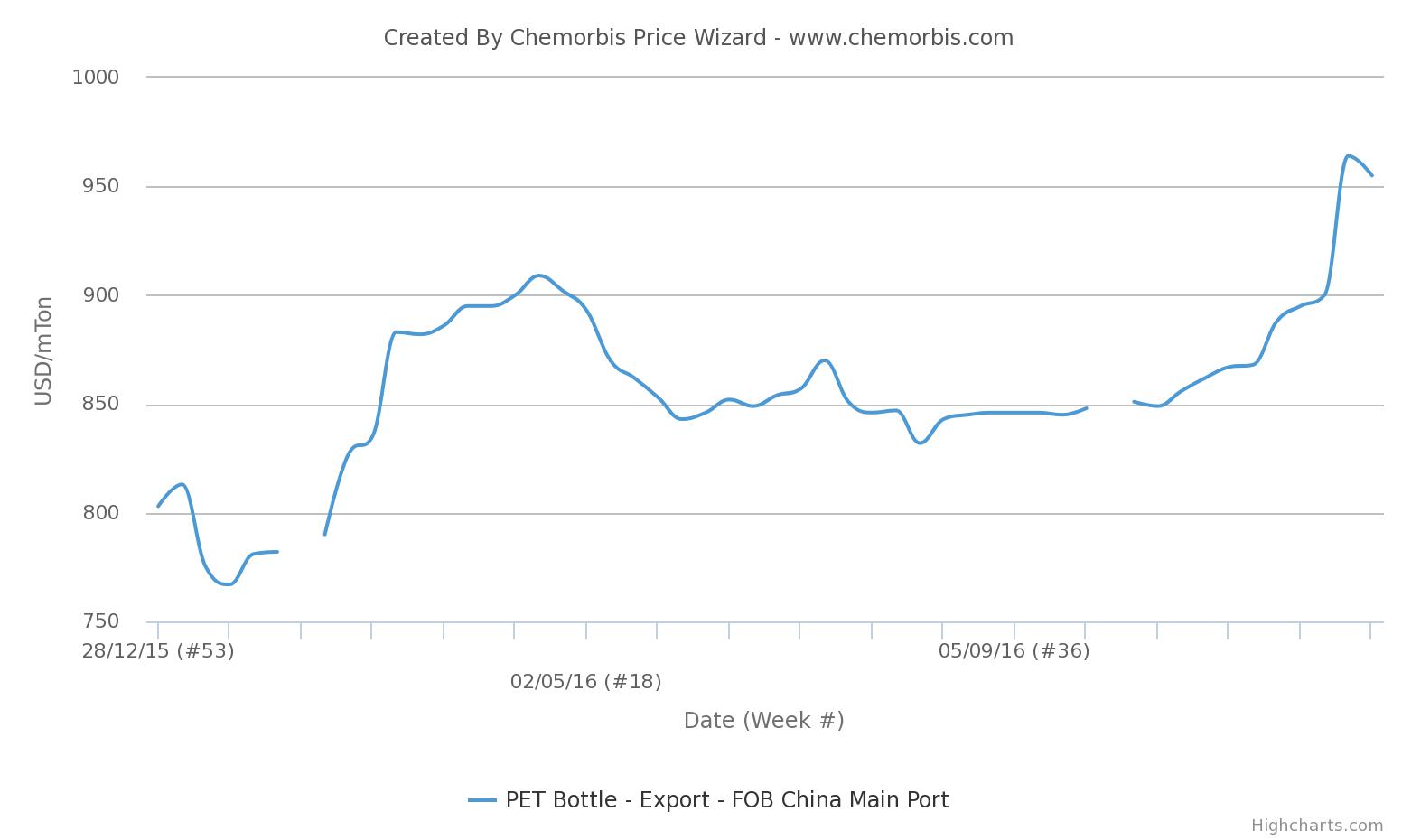 Players reported that the $1000/ton level failed to see acceptance from buyers and disappeared from the market after showing up last week for the first time since July 2015.

A source from a PET producer stated, “Buyers are reluctant to accept the current levels as they believe that prices should see downward corrections given lower costs. Plus, many buyers have already covered their needs in November and at the beginning of December. We aren’t expecting demand to pick up before the end of January given the holiday lull and winter season.”

A few sellers noted that competitive offers for other origins, especially Indian, are also putting pressure on PET prices from China in the export markets. Chinese PET exporters also commented that demand from Europe will be entirely absent given the start of Christmas holidays.

Meanwhile, a source from a South Korean PET producer reported keeping their export offer stable on the week, commenting, “We felt no need for a revision on our offer as we think that it is still competitive.”

In Asia, spot MEG prices witnessed weekly decreases of around $15-20/ton at the end of last week while PTA tracked a mostly steady trend.