by ChemOrbis Editorial Team - content@chemorbis.com
In China, the export PET market has hit its highest levels not seen in more than two and a half years recently. The firming is attributed to firm upstream markets, the bullish run of the energy complex as well as the healthy demand from the export markets.

Data obtained from ChemOrbis Price Wizard reveal that average export PET prices are currently standing at their highest since the latter part of May 2015 after following a mostly firming trend for more than two months. 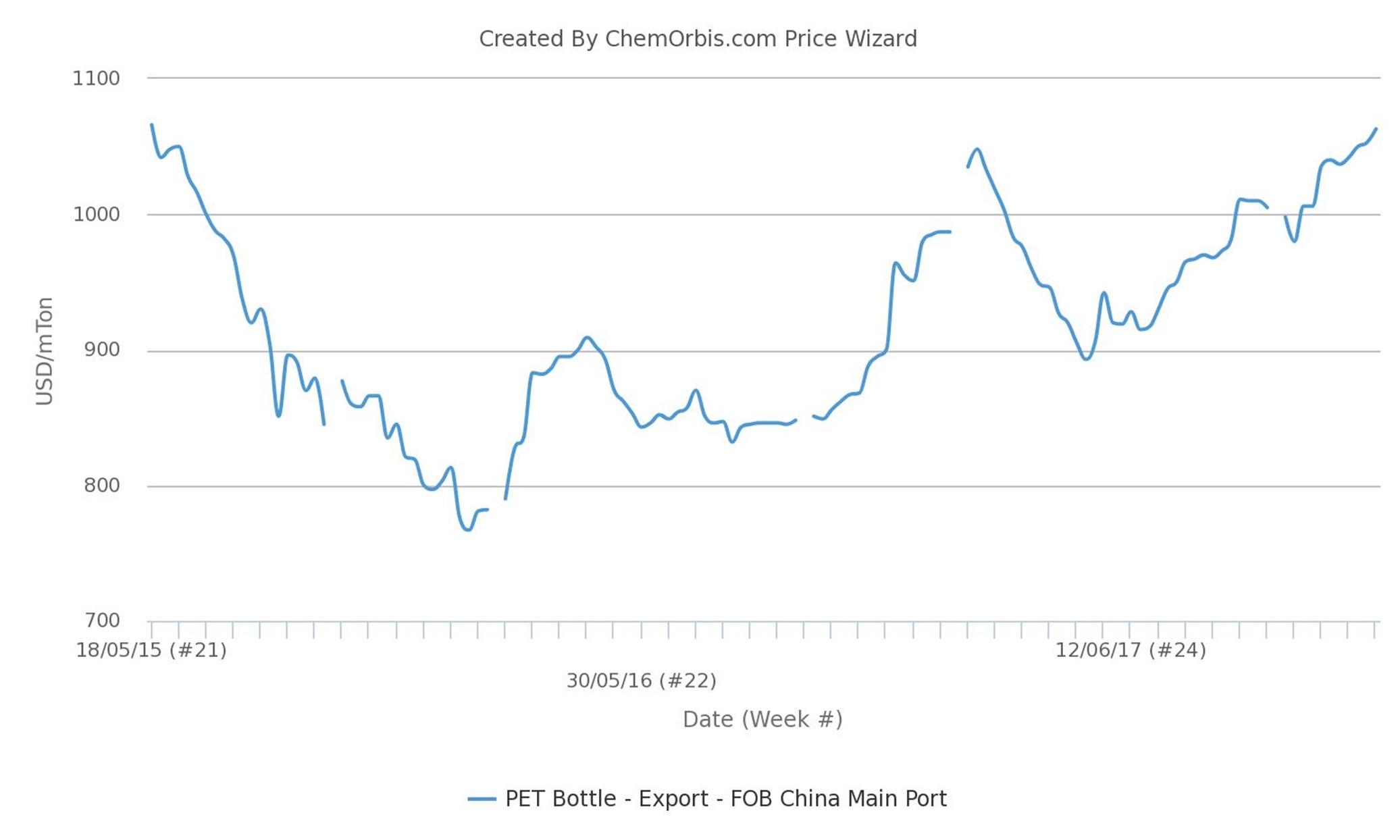 A trader commented, “Our offers are firmer this week due to high MEG and PTA prices in Asia. Buying interest is still good, particularly from South America. We think the support from high costs has already overshadowed other factors including new capacities.”

A trader noted, “Export PET offers increased $10/ton when compared to two weeks ago. The lowest level we are offered is $1060/ton FOB this week.”