Despite the fact that LDPE, LLDPE and HDPE imports posted monthly decreases in October, the country’s cumulative PE imports reached almost 10 million tons in the January-October period, up by around 20% when compared to the same period of last year.

According to data, China’s HDPE imports in the first ten months of 2017 climbed by 22% on a yearly basis to reach more than 5 million tons, hitting a record high since ChemOrbis began keeping records in 2001.

The country’s LDPE and LLDPE imports also broke record highs in the same timeframe, increasing by around 17% and 20% when compared to the same period of 2016 to reach almost 2 million tons and 2.5 million tons, respectively. 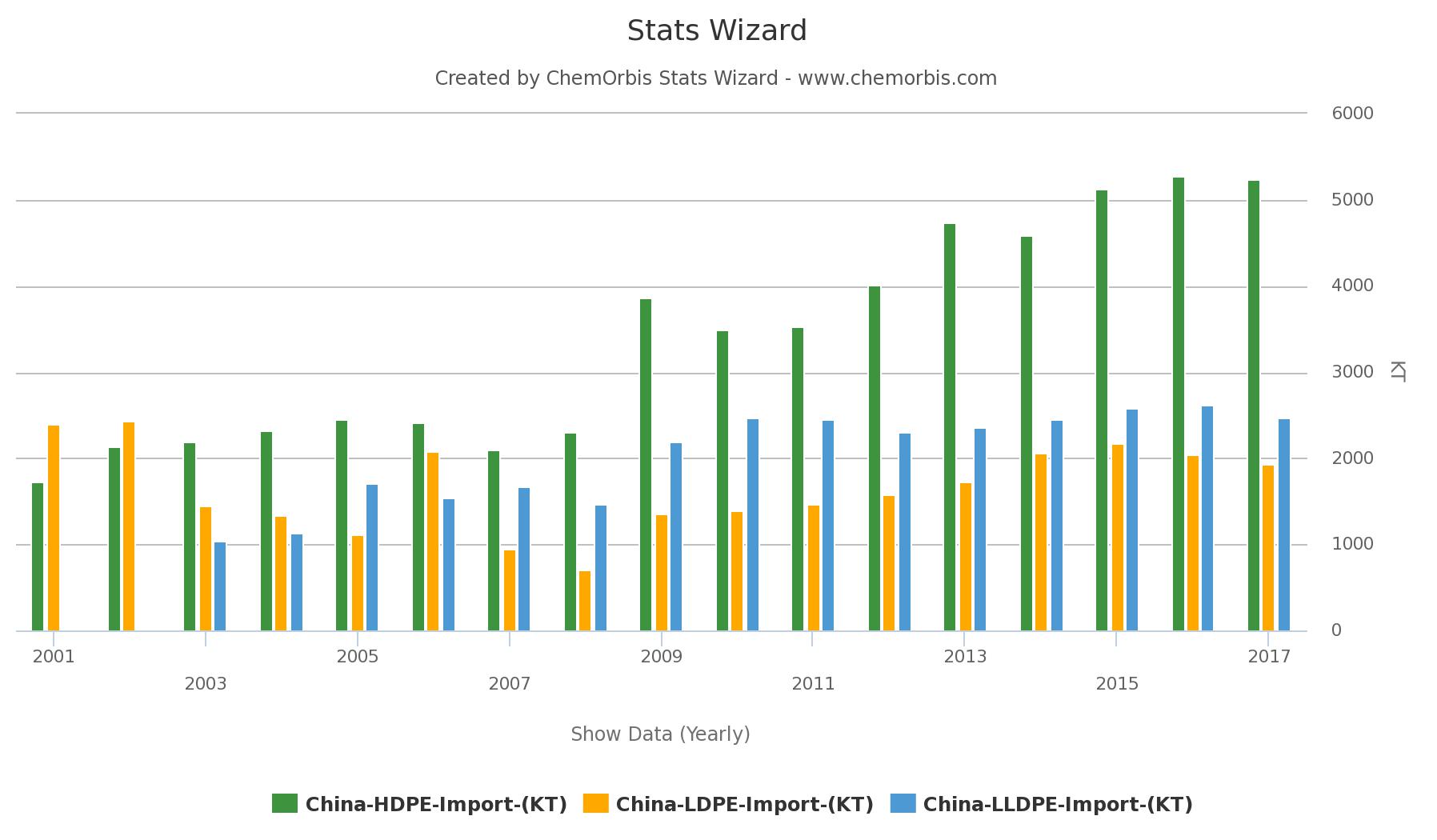 HDPE supplies have been reported to be tight across the global markets over the past months, which has driven China’s import HDPE market significantly higher since mid-October. Last week, the weekly average of import HDPE film prices on CFR China basis hit their highest levels since August 2015, according to ChemOrbis Price Index data.