by ChemOrbis Editorial Team - content@chemorbis.com
ChemOrbis Import Statistics reveal that China’s cumulative homo PP imports for the first 3 quarters of 2015 indicate the lowest levels seen since 2008. Although total imports of PE products indicate record highs or stand close to last year’s records, there is an approximate slump of 8% in the homo PP imports of China on a yearly basis.

The increasing emergence of new coal-based capacities explains the drop in homo PP imports to China. The fact that China’s domestic homo PP market has been trading at prices below the import market levels for most of 2015 is another implication of the rising market share of China’s domestic coal-based PP capacities. Finding more competitive prices in their domestic market, buyers’ appetite for import homo PP cargoes seems to have weakened.

As a result of the growing supply situation, import PP prices to China have been on a falling trend since mid-May. Although there was a stable period of 4-5 weeks in September and early October, this could not be sustained and the downturn has resumed in the PP market.

This week players reported that import homo PP prices also broke below the critical threshold of $900/ton on CFR China basis late last week. This was followed by a fresh deal concluded at a much lower level for Indian origin this week.

Based on ChemOrbis Price Index, the last time homo PP import prices stood below this average $900/ton threshold was March 2009. 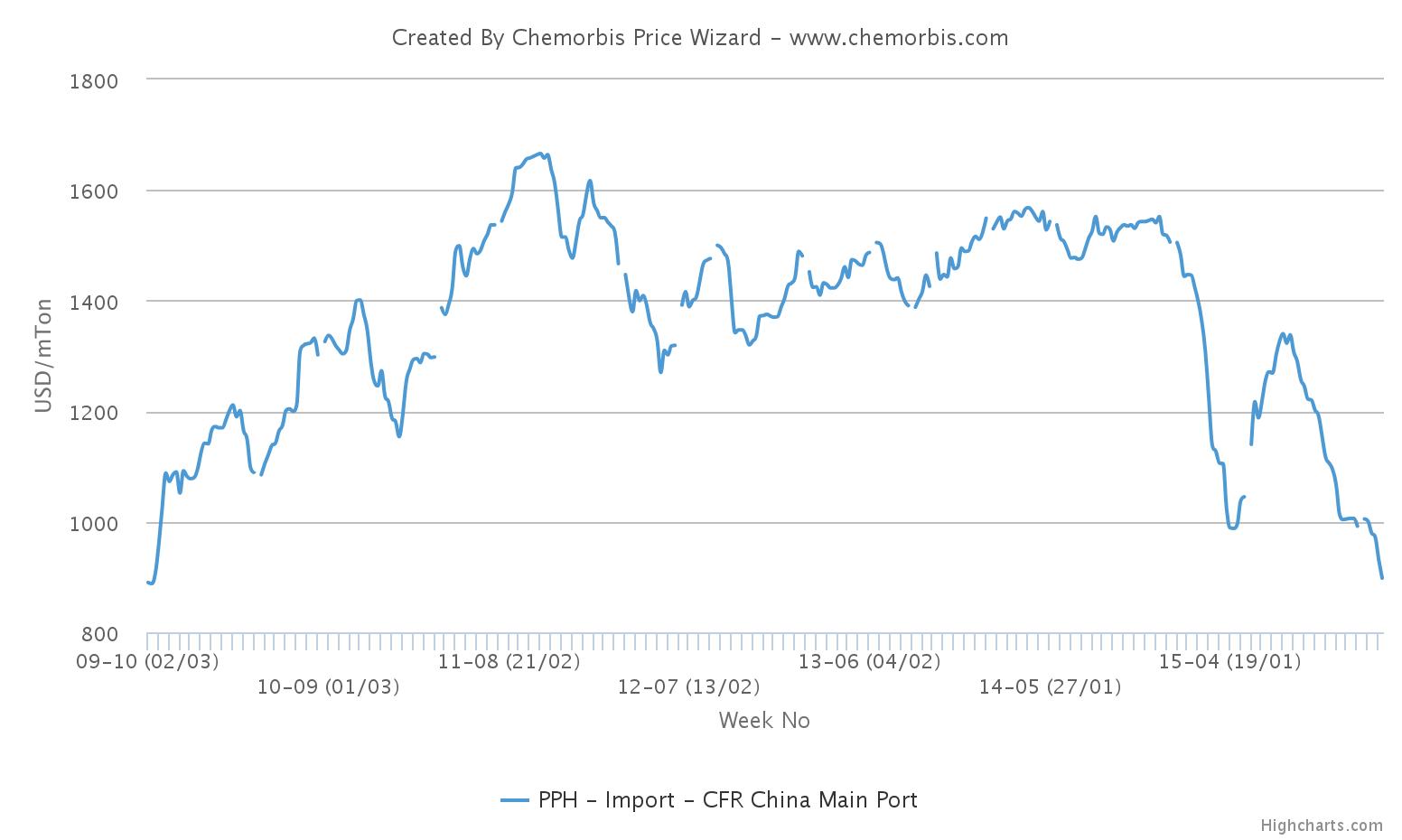