by ChemOrbis Editorial Team - content@chemorbis.com
Under balanced market conditions, Southeast Asia is expected to carry a small premium over China. However, data from ChemOrbis Price Index indicate that the weekly averages of import HDPE and LLDPE film prices in China have moved above the Southeast Asian market for the past three weeks while average import LDPE film prices in both markets are being traded mostly at par nowadays.

The weekly averages of import HDPE and LLDPE film prices on CIF Southeast Asia basis are currently standing $26/ton and $83/ton below China, respectively, as can be seen in the graphs below. According to ChemOrbis Price Index, the last time Southeast Asia’s import PE market moved so visibly below China was early January. 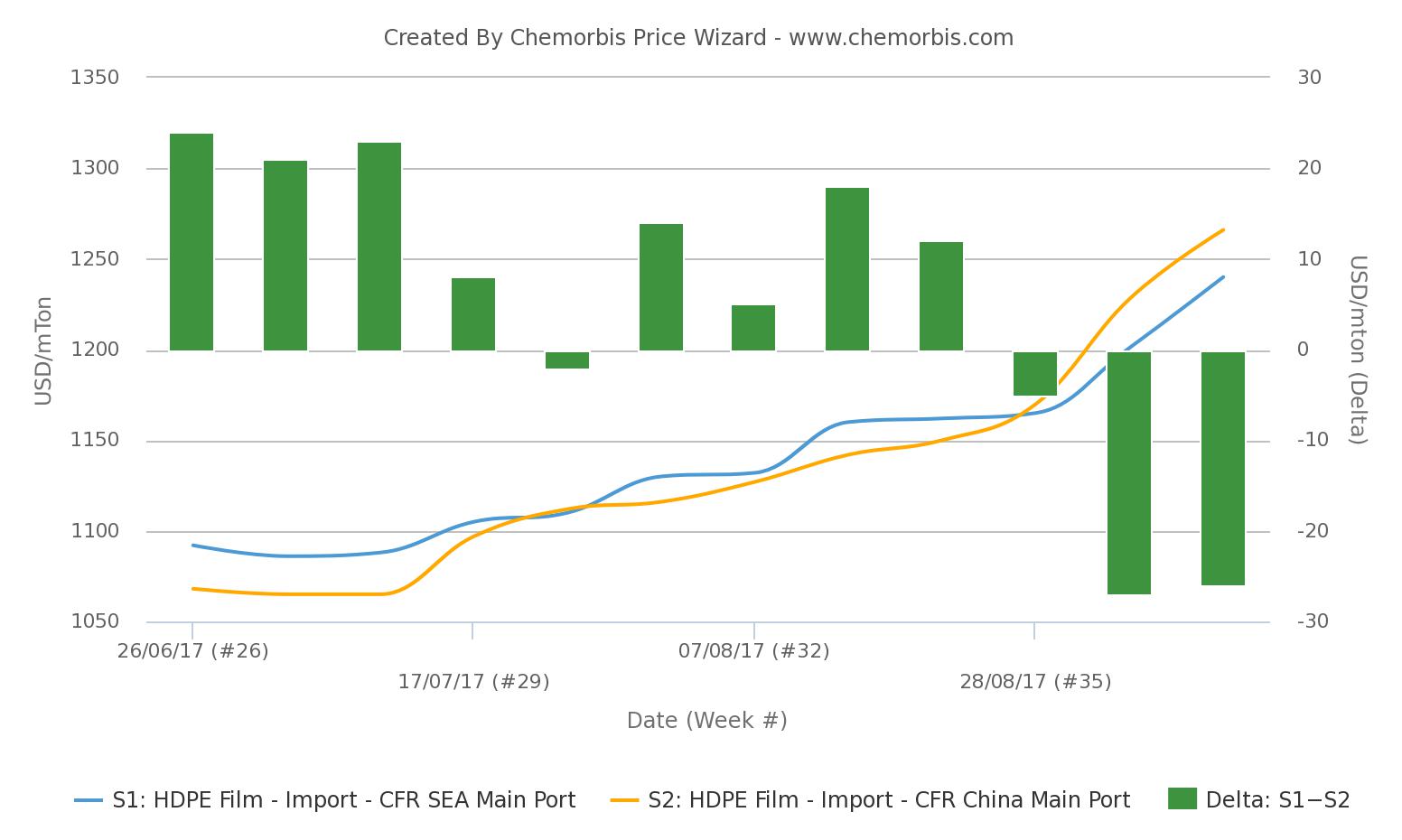 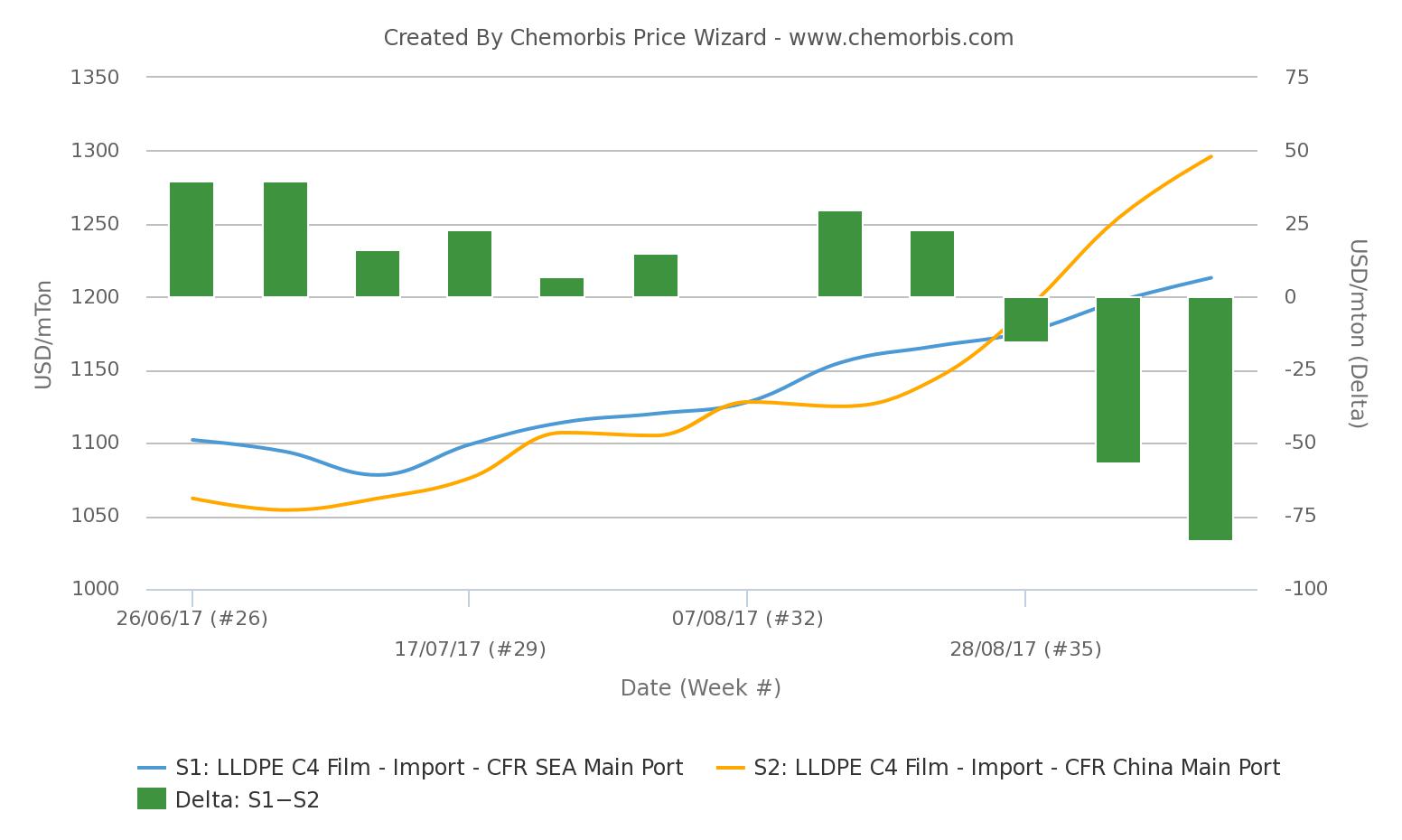 In China, import PE prices maintained their firming trend over this past week albeit at a slower pace as volatile futures pushed buyers to the sidelines, causing an uncertainty in the market. Meanwhile, in Southeast Asia, sellers also applied a new round of hikes on their PE offers to the region in order to restore balance to China. However, the overall market level in Southeast Asia is still lagging behind the upturn in China.

A global trader commented, “Sellers try to apply further hikes on their PE offers to Southeast Asia in order to catch up with the Chinese market, where the rising trend has slightly faltered this week due to weaker futures. Demand is not great in the region, but sellers point to bullish ethylene and limited supplies to justify their hike requests. We think that China’s import PE market might see slight downward corrections while Southeast Asia is likely to remain on a stable to firm trend so that the two markets move back into balance soon.”