by ChemOrbis Editorial Team - content@chemorbis.com
In China, waning demand, falling futures prices and the emergence of competitively priced deep-sea cargoes put an end to the rally on both PP and PE prices over the past week.

In the import PP market, prices had been steadily increasing since mid-September on the back of surging futures and major domestic producers’ low inventory levels. After hitting its highest levels since August 2015, the PP market witnessed some downward corrections of around $20-30/ton this week as buyers retreated to the sidelines in the face of a recent downturn in futures prices. 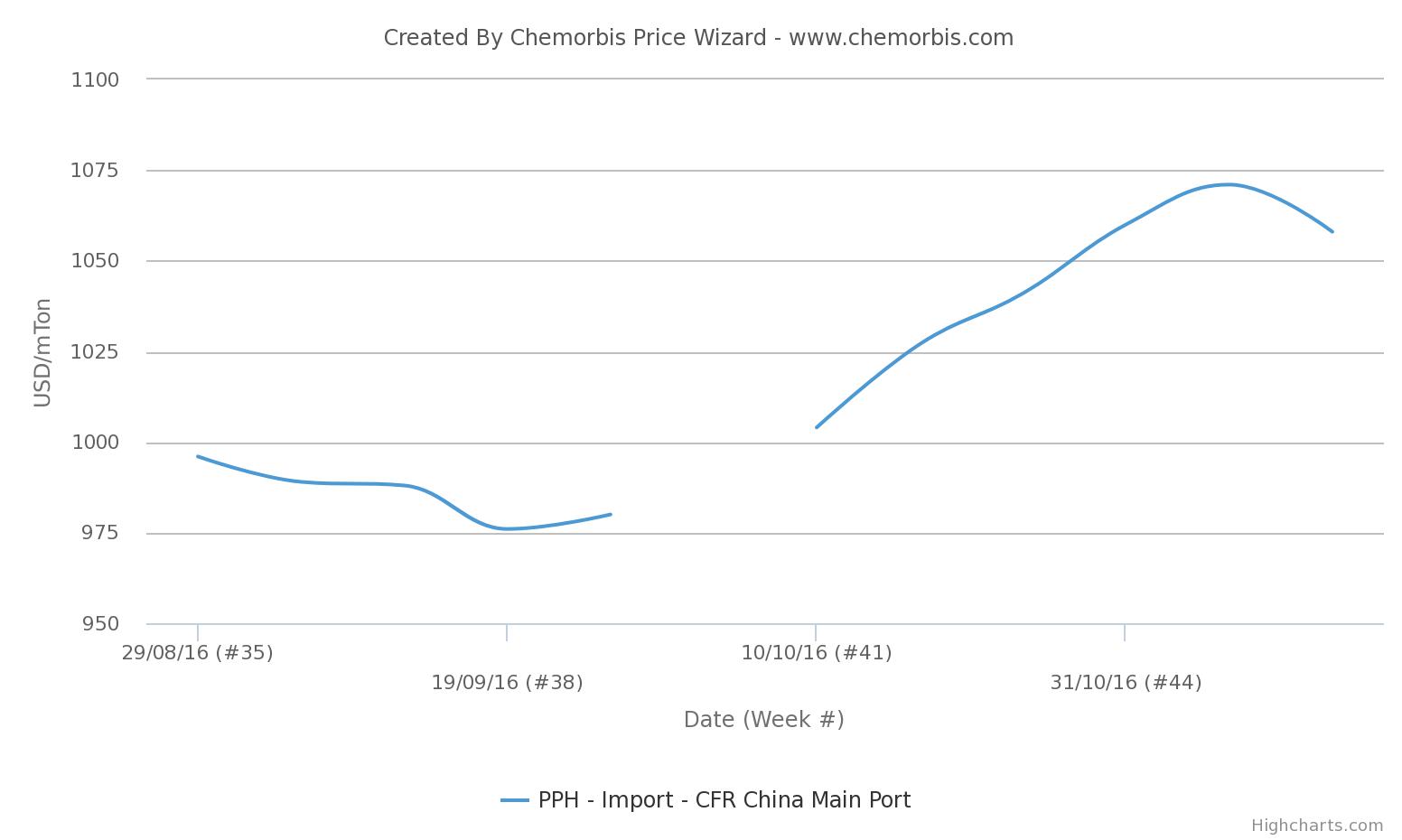 Players reported that homo-PP raffia offers for US origins emerged at very competitive levels this week to form the low end of the overall price range which currently stands at $1020-1080/ton on a CIF China, cash basis. A trader commented, “There are lots of US offers in the market with delivery in January. US suppliers are diverting their cargoes to major export markets, mainly to China, due to better netbacks.”

A few buyers stated that they are limiting their purchases according to their immediate needs, believing that the current market levels are too high to accept. “We are not accepting any offer above $1040/ton for regular origins. PP prices were inflated in the past few months and therefore, they are seeing correction now in line with retreating demand,” a buyer said.

Coming to the PE market, a similar panorama was observed during the week. Despite the ongoing tightness, import prices registered slight downward corrections given fading buying interest in the face of the recent reductions in futures markets as well as the emergence of European and US cargoes at competitive levels. The persistent weakness in the spot ethylene market also contributed to this scene.

According to ChemOrbis Price Index, import LDPE film prices had been on a rally since the start of August to reach their highest levels since July 2015 last week. 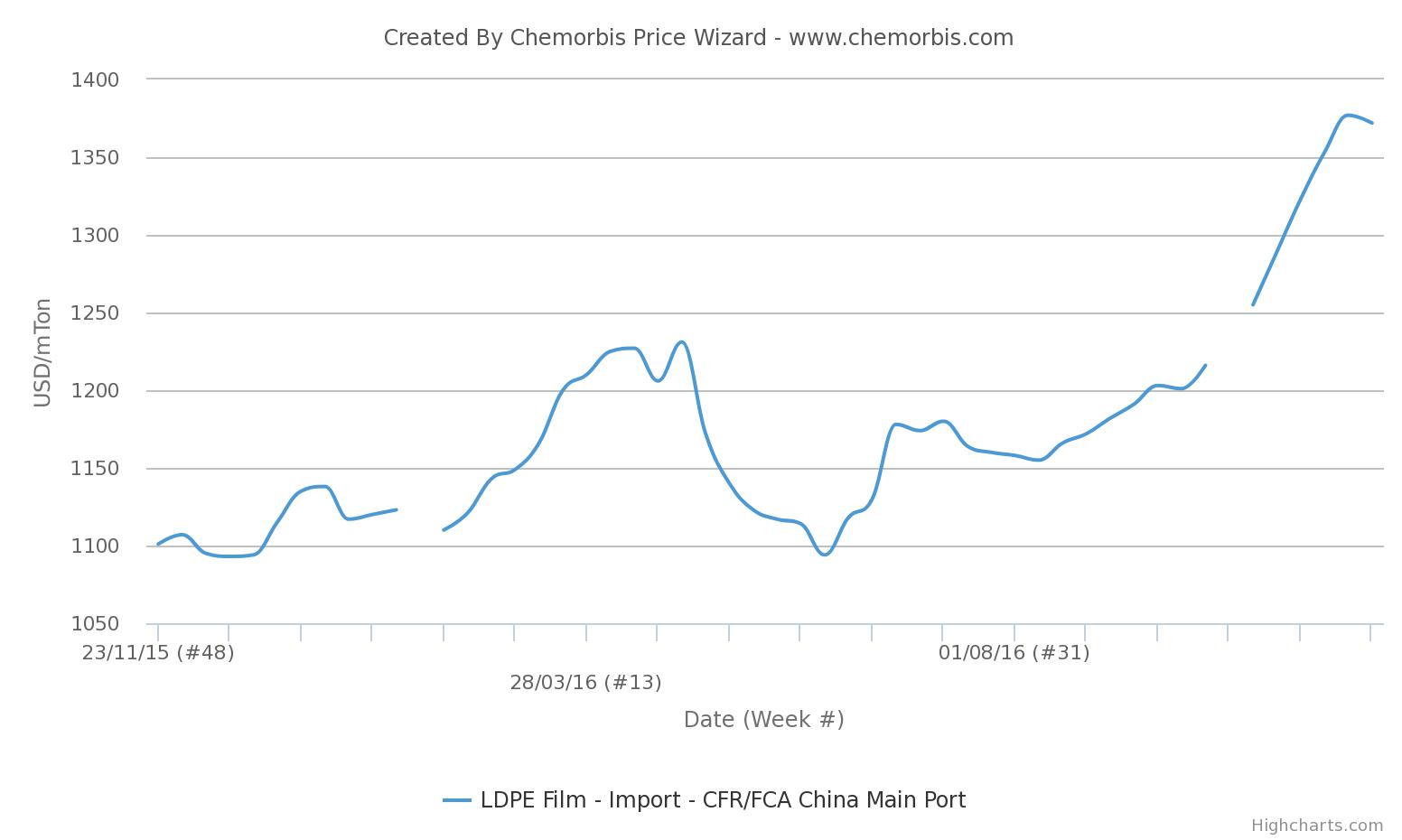 A Shanghai-based trader commented, “The PE market is weaker than PP in terms of trading as PE prices increased so much in the past months that buyers are quite cautious about making fresh purchases, concurring that the current levels are already inflated. Plus, the year end is approaching and players will soon start to focus on depleting their stocks. If futures markets sustain a downwards pressure on PE, we may see lower prices in the days ahead.”