by ChemOrbis Editorial Team - content@chemorbis.com
China’s local PP markets have been on a softening trend for around a month now mainly due to disappointing post-holiday demand and high polyolefin stocks in the domestic market. Imports have followed suit this week as prices eased down from almost a three-year high under extra pressure from softer propylene prices in Asia and lower PP futures.

According to the weekly average data from ChemOrbis Price Index, China’s import homo-PP market have eased by around $20/ton following a bullish trend that was in place for around five months. 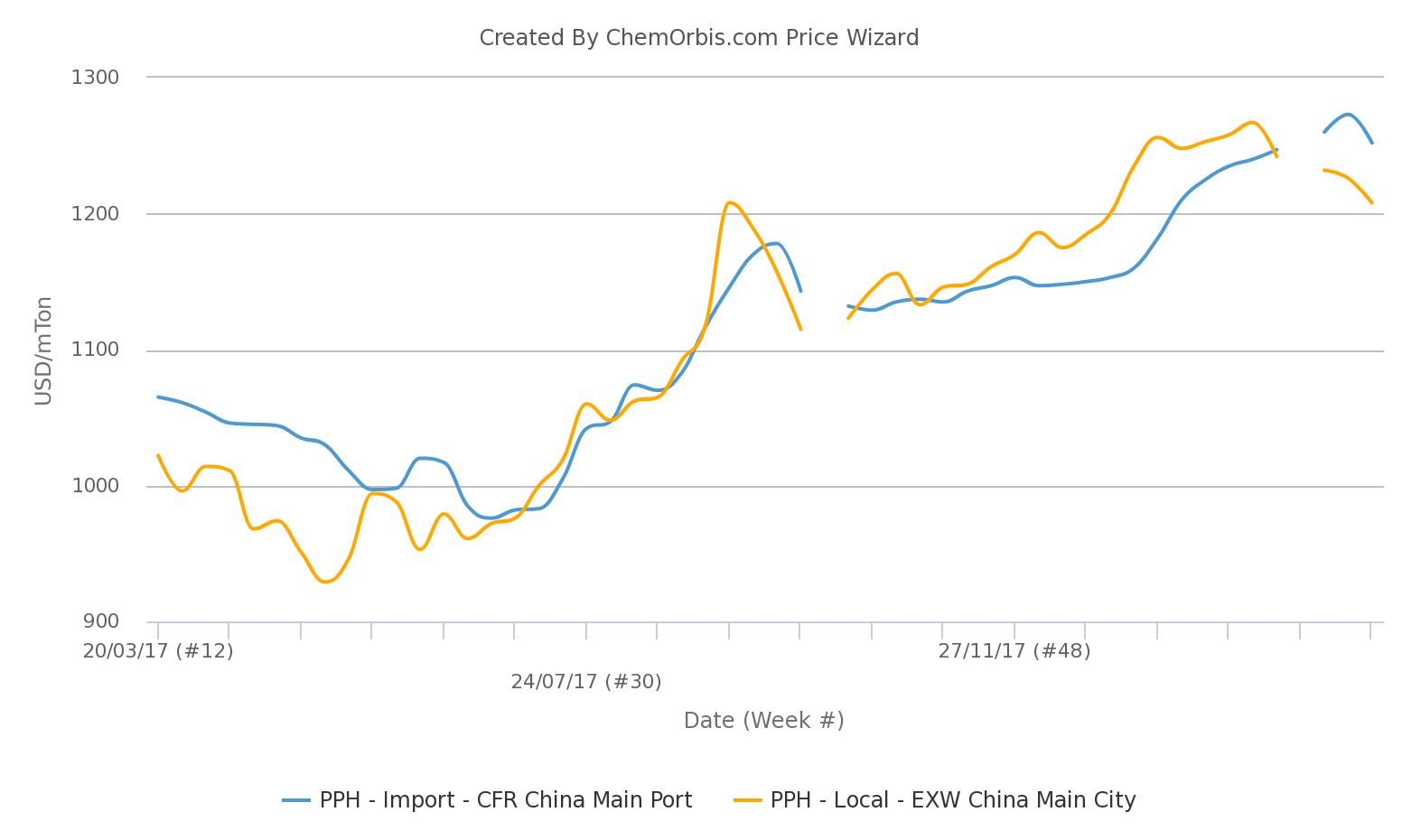 Chinese PP sellers started to divert some of their allocations to Vietnam earlier in March due to weak demand in their own market as was previously mentioned in detail in ChemOrbis Plastics News Chinese sellers divert PP, PE cargoes to Vietnam due to tepid demand .

“Despite the limited number of import offers in China, PP prices could not remain indifferent to thin buying interest and steady losses in the local market,” commented players in China. A trader stated, “We tried to re-export our homo PP cargoes to other destinations including Africa since we were not able to conclude deals in China due to high stocks on part of domestic producers, which totaled around 1 million tons recently. The downturn in the local market dampened buying interest for import PP.”

On part of buyers, manufacturers have not been eager to purchase beyond their basic needs at a time when Dalian Futures were on a downward path which exerted sales pressure on both domestic and import suppliers. PP futures on Dalian Exchange posted drops without ceasing since March 7.

Looking at propylene prices in Asia, spot prices on FOB Korea basis were down by around $10/ton week over week, the data from ChemOrbis Price Wizard revealed, while the cumulative drop reached $55/ton during the last one and a half month.