by ChemOrbis Editorial Team - content@chemorbis.com
In China, local PE prices moved lower this week as a result of high inventory levels as well as the softening in the futures prices, particularly for LDPE film.

When compared to LLDPE film and HDPE film, respectively down by $24-55/ton and $6/ton on a weekly basis; LDPE film prices posted a larger drop of $86/ton this week. This has been the third week in a row LDPE prices declined with cumulative decreases reaching around $150/ton when compared to pre-holiday levels, based on weekly average of ChemOrbis Price Index.

The larger drops in LDPE film prices were attributed to demand as it was seeing the weakest buying interest among PE grades. Players also concur that LDPE prices had peaked in the pre-holiday period and therefore, they are now exposed to downward corrections.

Data from ChemOrbis Price Index also shows that LLDPE film prices decreased by $48/ton from pre-holiday levels while HDPE film is only slightly down. 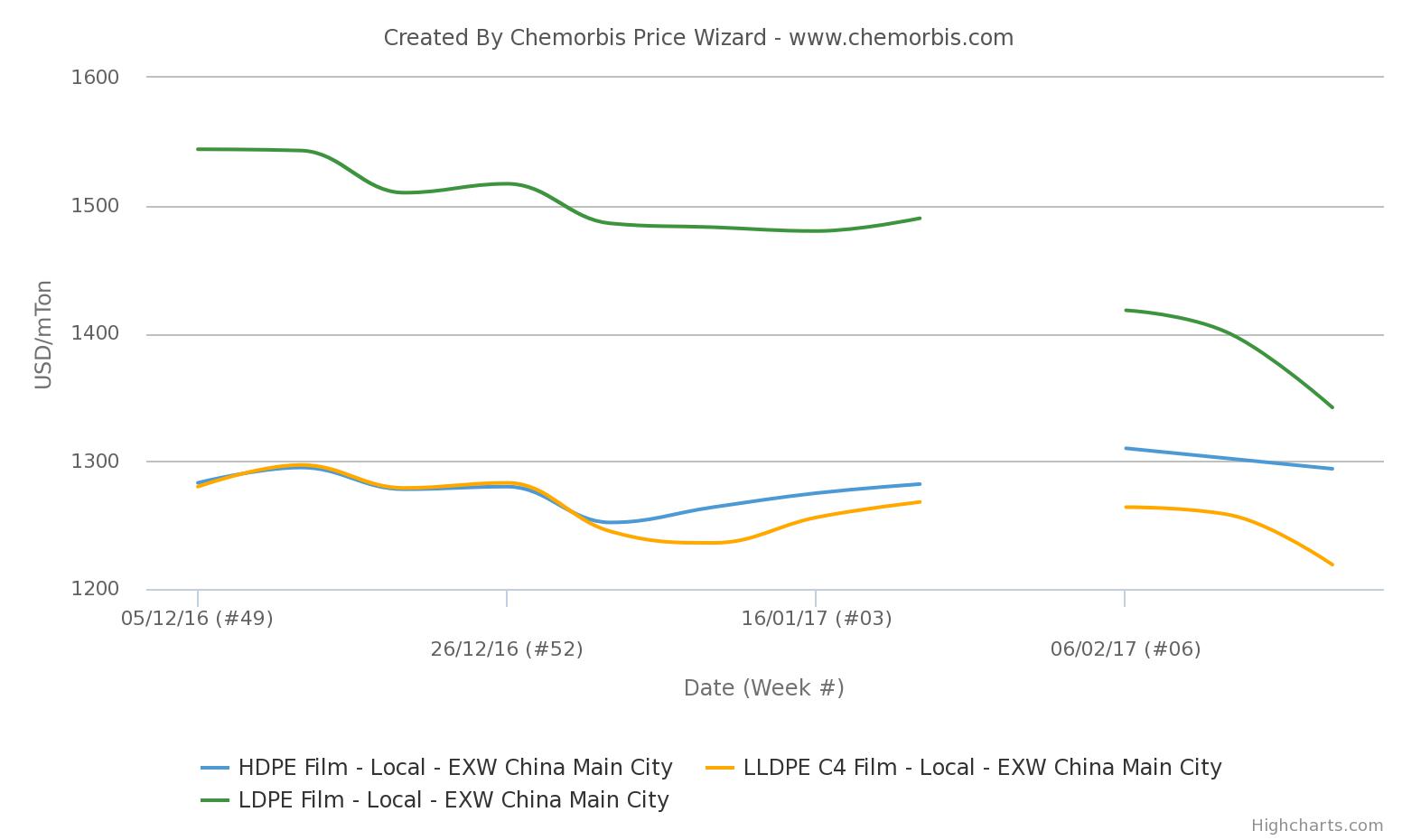