by ChemOrbis Editorial Team - content@chemorbis.com
According to data from ChemOrbis Price Index, local homo-PP prices in China witnessed increases this week and reached their highest levels since the first half of September.

The recent firming was mainly attributed to two major producers’ low overall supply levels since demand remained limited to buyers’ needs, although PP futures on the Dalian Commodity Exchange posted a slight weekly decrease of $15/ton as of December 8.

As can be seen from the below graph created by ChemOrbis Price Wizard, weekly average local homo-PP prices in China have recently hit a three-month high after following a mostly stable to firmer trend since early November. 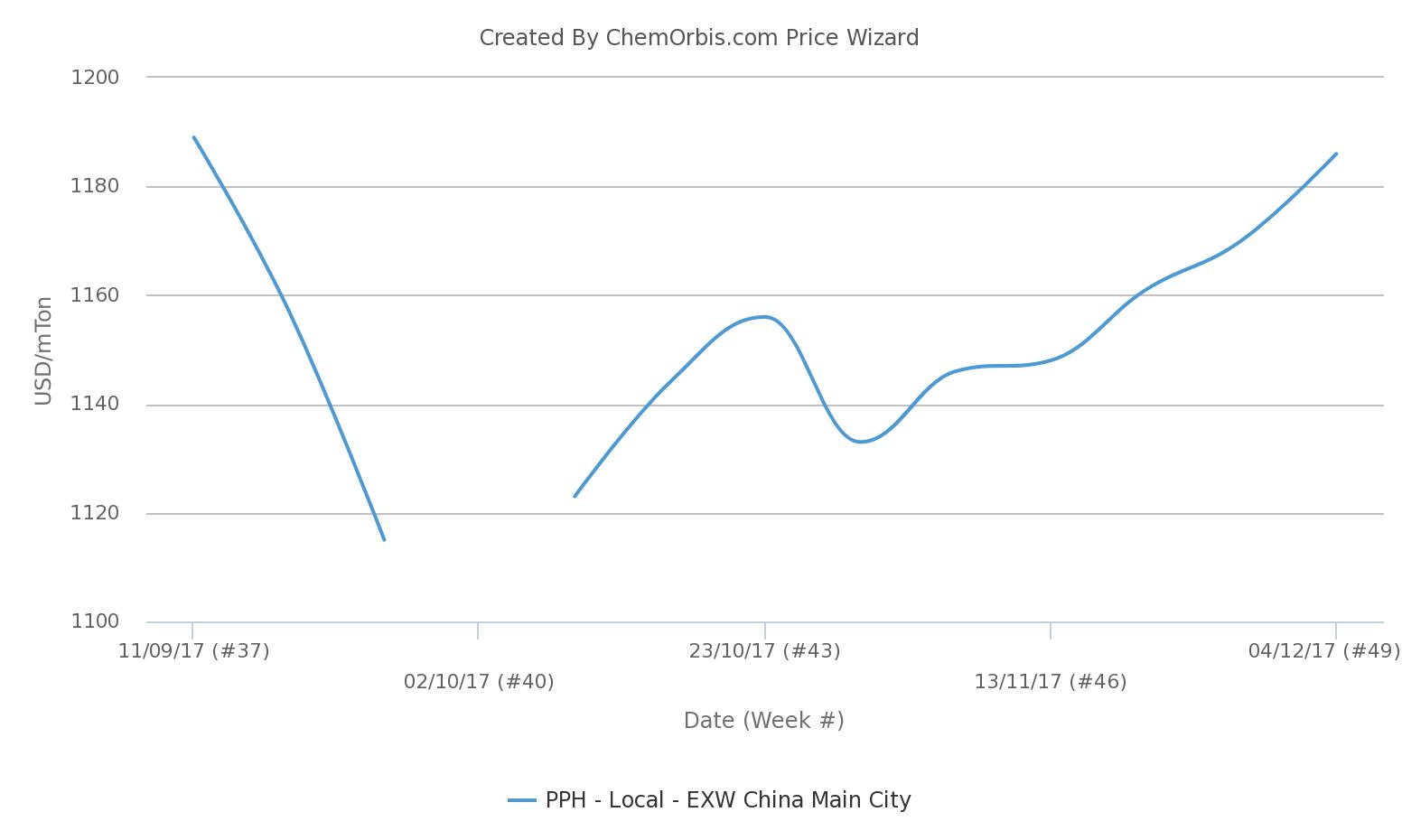 A trader commented, “Two major local producers’ supplies are reported below average and pulled local prices up this week. We expect prices to find further support from low supplies in the remaining part of December.”

Another trader said, “Local prices have firmed up so far this week. There are deals albeit for limited quantities. We think prices will depend on the movements of the futures market.”