by ChemOrbis Editorial Team - content@chemorbis.com
In China, local homo PP prices continued to follow a decreasing trend over the past week, hitting their lowest levels in the past eleven months, according to data from ChemOrbis Price Index.

The ongoing bearishness was attributed to the persistently weak demand as well as ample supplies in place since the end of the Chinese New Year holidays. Additionally, retreating PP futures on the Dalian Commodity Exchange played a role as they witnessed a monthly decrease of around $72/ton as of May 10.

As can be seen from the below graph created by ChemOrbis Price Wizard, weekly average local homo-PP prices in China have been following a downtrend since mid-February 2017 and they are currently standing at their lowest levels since mid-June 2016. 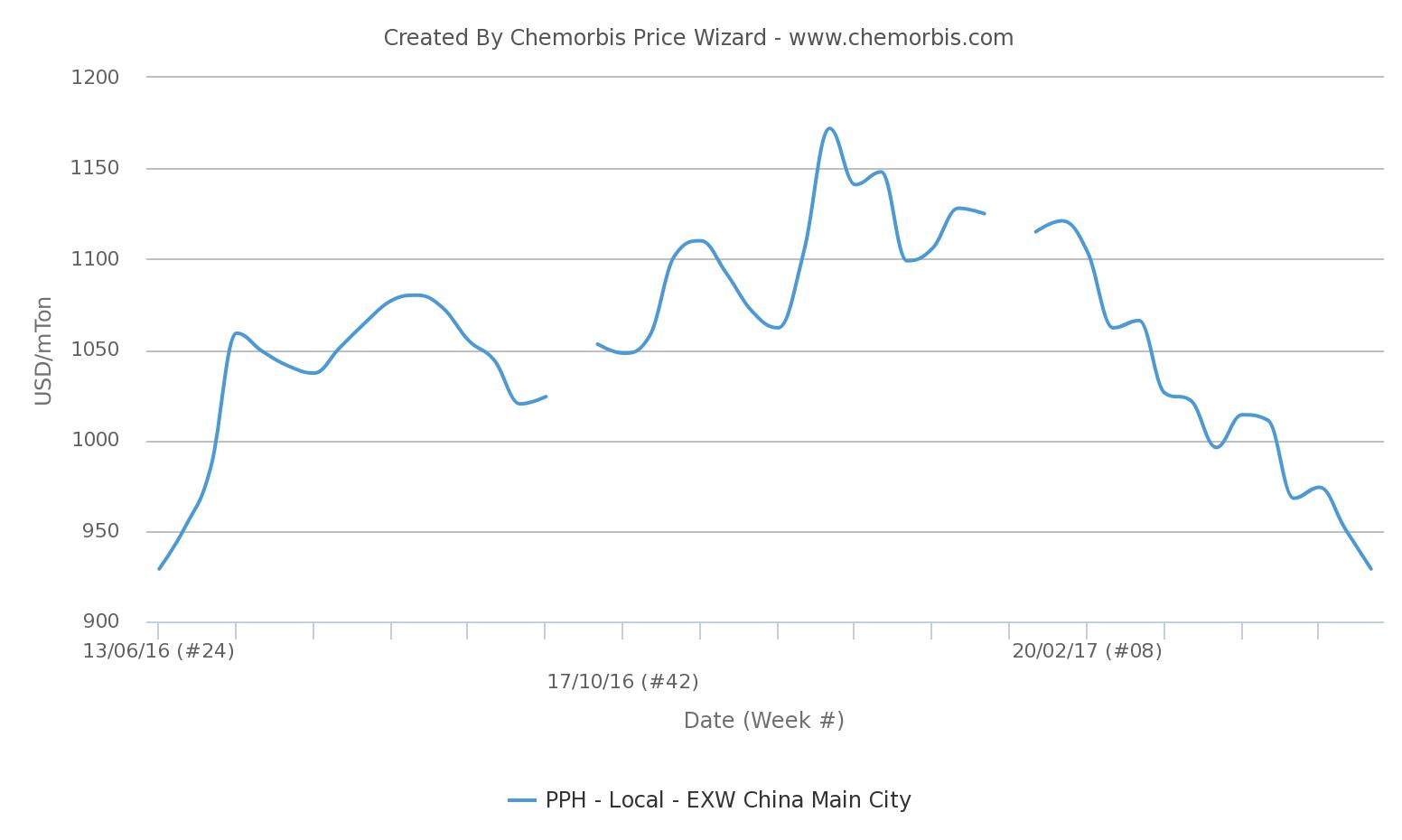 A source from a Chinese producer opined, “We have revised our offer down as of today due to weak demand as well as softer futures but our new offers are still open to negotiation. The PP trend in China has remained bearish since the end of the Chinese New Year Holiday. Buyers are sourcing based on their urgent needs while players are having problems in finding funds. We are not holding positive expectations for the outlook of the first half of this year.”

A trader commented, “Local PP prices retreated further this week and the market trend is weaker compared to March. The ongoing environmental inspections along with the slowdown in China’s factory growth continue to influence demand negatively. Factors including lower futures and weaker crude oil prices also weigh down prices. We will monitor the developments in crude oil prices along with the state of demand. We think prices may display a rebound in July or August.”

This steady fall in local PP prices has also caused the local market to trade below imports since late February and early March, offering Chinese buyers a much more competitive alternative.