by ChemOrbis Editorial Team - content@chemorbis.com
In China, local homo-PP prices have regained their premium over import prices for the first time since early April as firm energy costs, higher futures prices and decreasing local supplies pushed domestic prices higher over the past two weeks while a softening trend persists in the country’s import homo-PP market amidst sluggish demand.

According to data from ChemOrbis Price Index, average import homo-PP prices on a CFR China basis carried a premium of around $17-80/ton against local prices on an ex-warehouse China basis from early April up until late May. China’s import and local homo-PP markets were traded almost at par last week while import prices are currently trading at a discount of around $28/ton to local prices as the data shows. 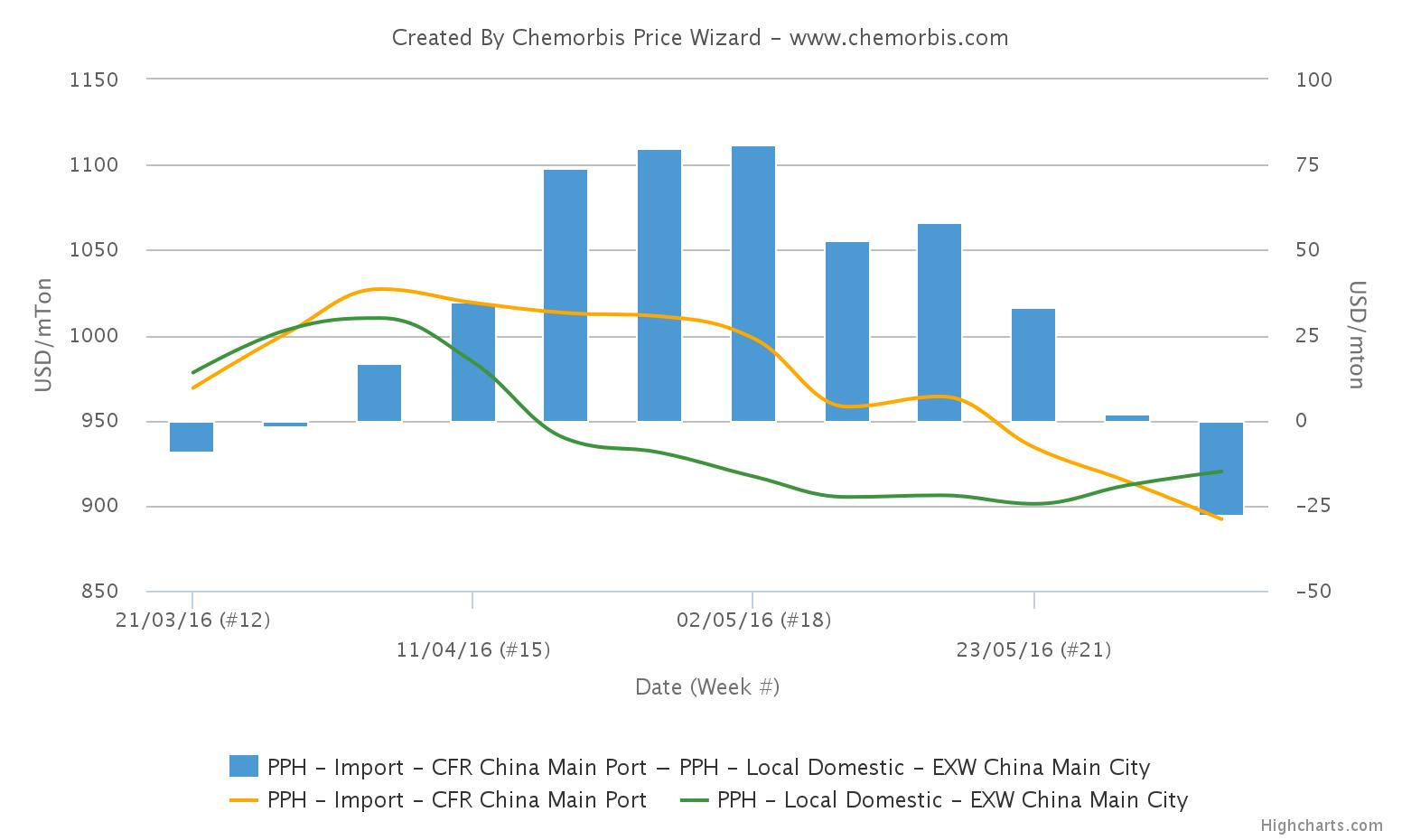 Players tied the recent gains in local prices for homo-PP to higher crude oil costs as well as a reduction in domestic supplies stemming from plant maintenance and buyers’ stock replenishment. According to some, buyers prefer to secure local materials than imports nowadays as more competitive levels are obtainable in the domestic market.

A trader opined, “Local prices were pushed higher on the back of supply concerns stemming from enforced shutdowns in the Hangzhou area due to the upcoming G20 summit. In addition, buyers have started to replenish their stocks in the last two weeks, albeit in small quantities.”

It was previously reported by several media sources that most petrochemical plants in Shanghai and Ningbo will be forced by the government to shut their operations during August in order to improve the air quality over Hangzhou City where the G20 meetings are slated to be held in September. According to initial reports, Shanghai Petrochemical will shut their 400,000 tons/year PP plant at the start of July while Zhongsha Tianjin’s 450,000 tons/year PP plant is also slated to be shut in early July for 45 days. For further up-to-date PP production news, please see PP Production News (For members only)