by ChemOrbis Editorial Team - content@chemorbis.com
According to ChemOrbis Import Statistics, the cumulative homo PP imports made by China during the first 7 months of 2016 indicate a yearly decrease of more than 17% at around 1 million 600 thousand tons. Plus, they are at their lowest level since 2008 which is attributed to the growing domestic capacities of China in line with the start-up of new coal to olefin/polyolefin sites.

This was expected to happen as a result of new capacities as China is also forecast to reach self-sufficiency in PP in the long term. According to players in China, new coal based capacities are mostly concentrated on PP rather than on PE, which explains the visible fall in imports. This is also reflected on the pricing of the two product groups as the gap between them has widened considerably since the middle of 2015.

As can be seen from the graph below prepared by ChemOrbis Price Wizard that compares import homo PP prices with import HDPE film prices in China, it is clear that the gap was rarely above $100/ton traditionally, although it has been around $150-200/ton since the second half of 2015 with some months seeing a gap above $200/ton. 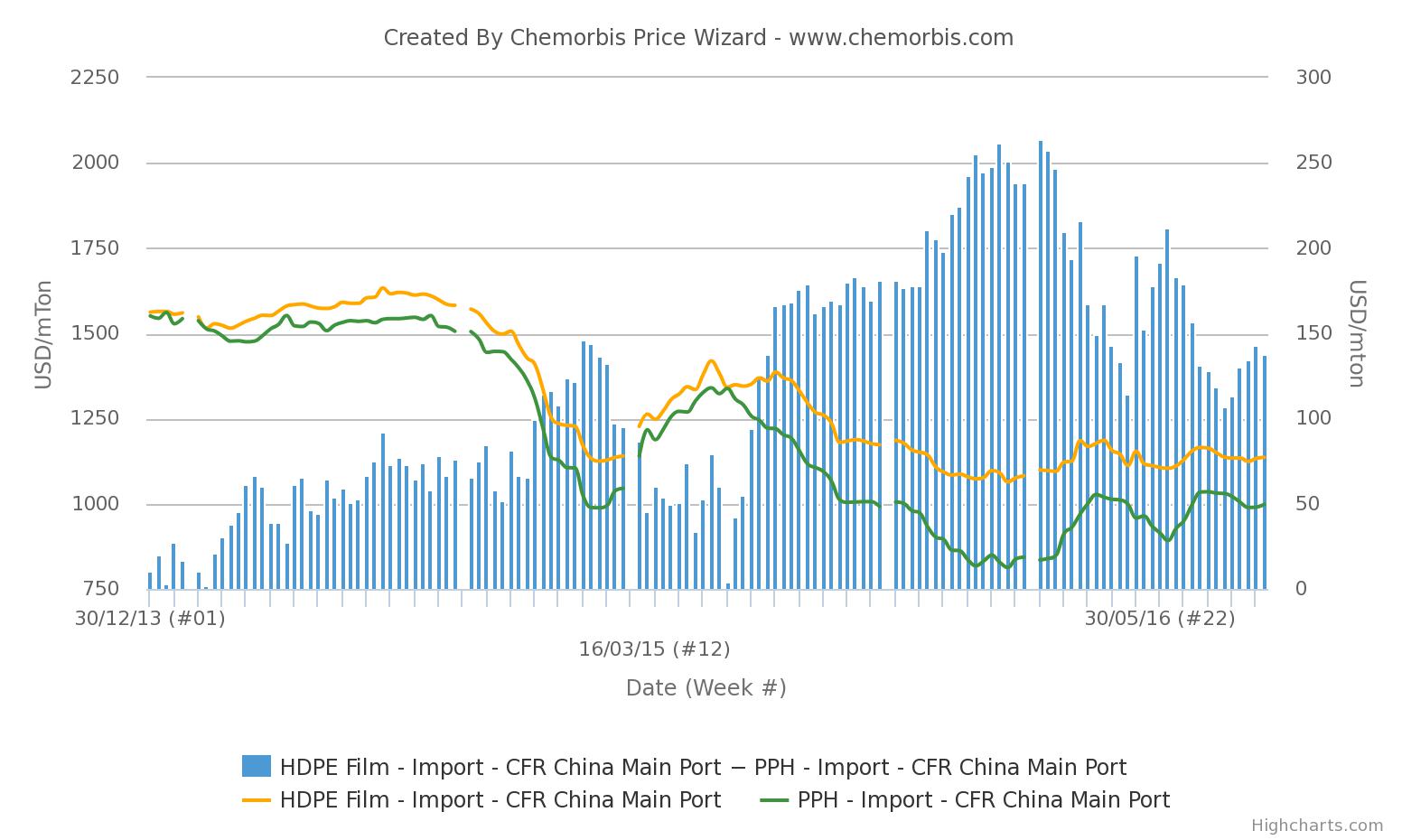 Cumulative LLDPE imports during the January-July period were down by 7% on a yearly basis, which is comparatively smaller than that of homo PP. Among PE products, new domestic capacities are heavily concentrated in LLDPE, reported players in China. This is also reflected on the pricing of LLDPE and HDPE although the gap between the two products is not as considerable as the gap between PP and HDPE.

As can be seen from the graph below, HDPE has occasionally traded above LLDPE film since the second half of 2015. However, the gap between the two products has been mostly below $50/ton so far based on the average of ChemOrbis Price Index. 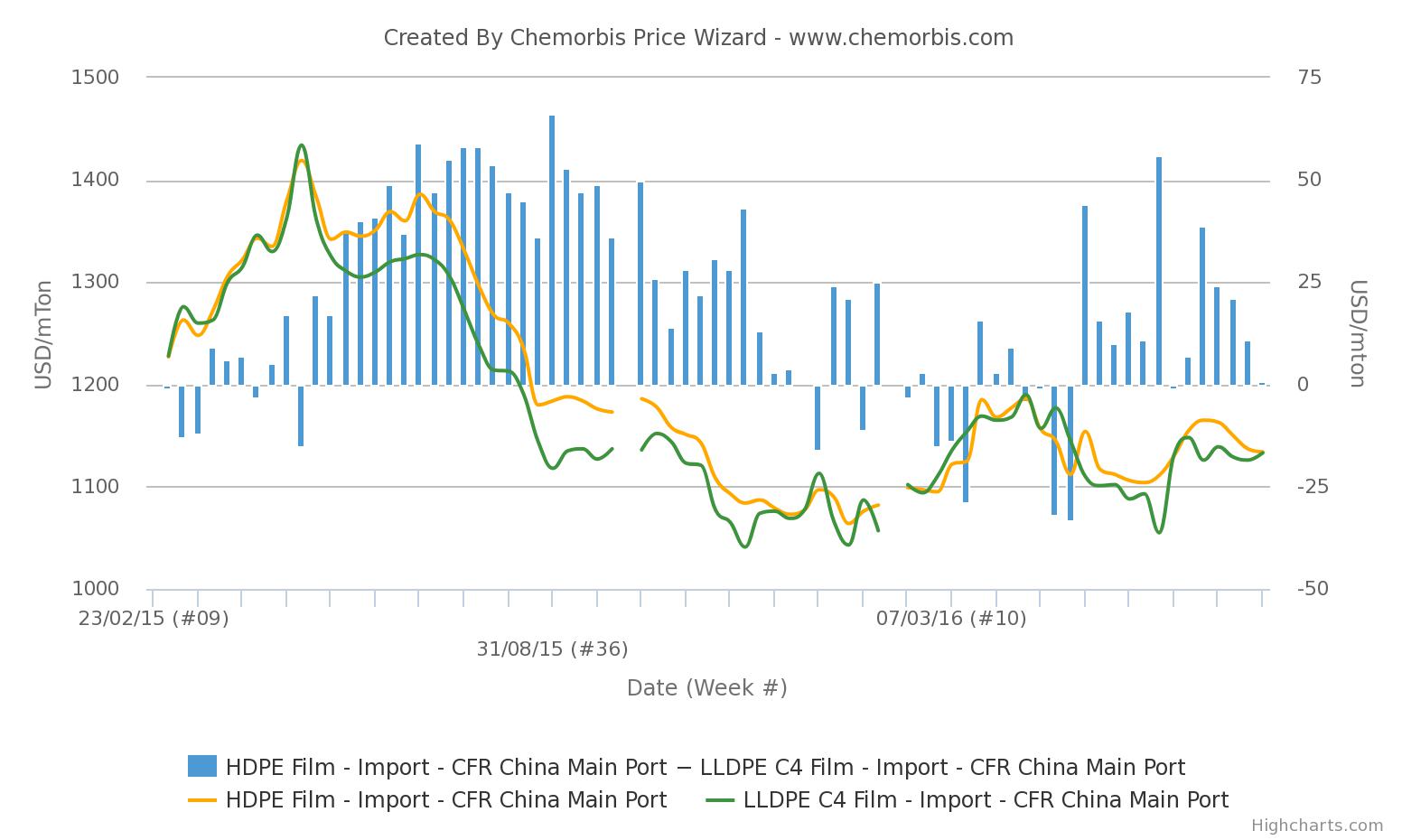