by ChemOrbis Editorial Team - content@chemorbis.com
Data from ChemOrbis Import Statistics indicate that China’s cumulative PE imports in the first quarter of 2018 recorded a year over year increase of 3.4% to reach almost 5.3 million tons, the highest quarterly figure in the import statistics dating back to 2001. 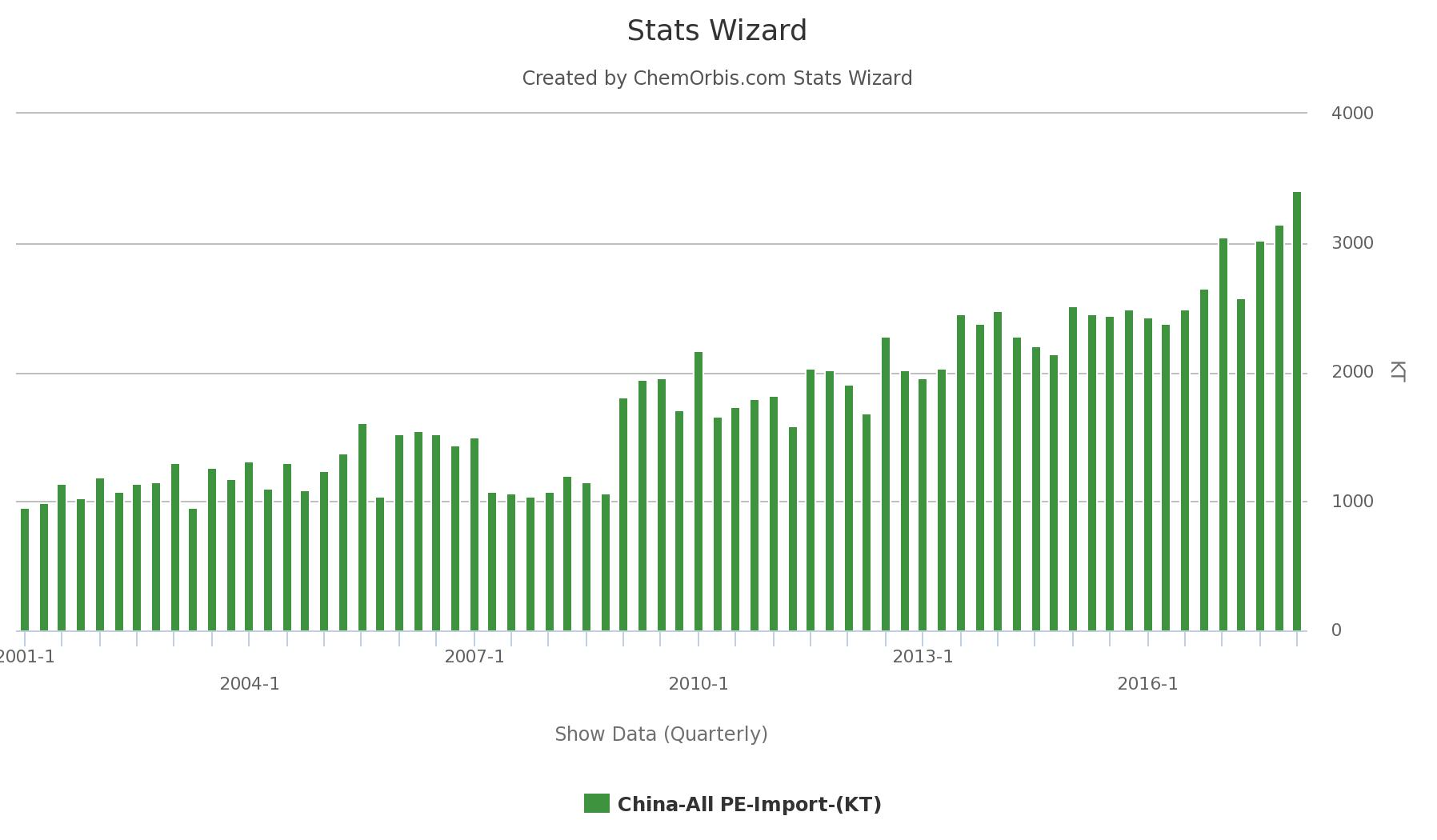 The country’s total HDPE imports climbed by around 0.5% from a year earlier in the January-March period to reach more than 1.7 million tons. Saudi Arabia was the top supplier of HDPE to China with around 430.000 tons.

As for LLDPE, China’s imports surged 30% on the year to be reported at around 987.000 tons in the first quarter, with Singapore standing at the top of the import list.

The country’s LDPE imports witnessed a yearly increase of around 20% to reach 705.000 tons in the first three months of the year. Iran was the top LDPE supplier to China with around 142.000 tons.

Meanwhile, in March 2018, China’s overall PE imports jumped 19% from a year earlier to reach around 1.3 million tons, with Saudi Arabia, Iran and the United Arab Emirates standing at the top of the import list.