by ChemOrbis Editorial Team - content@chemorbis.com
Data from ChemOrbis Import Statistics reveal that China’s overall PE imports, including HDPE, LDPE and LLDPE, recorded a significant decrease of around 40% month over month in February after reaching almost 1.3 million tons in January, the strongest monthly figure in the import statistics dating back to 2001.

As can be seen in the below ChemOrbis Stats Wizard graph, overall PE imports plunged to around 780,000 tons last month, the lowest monthly figure since October 2016. 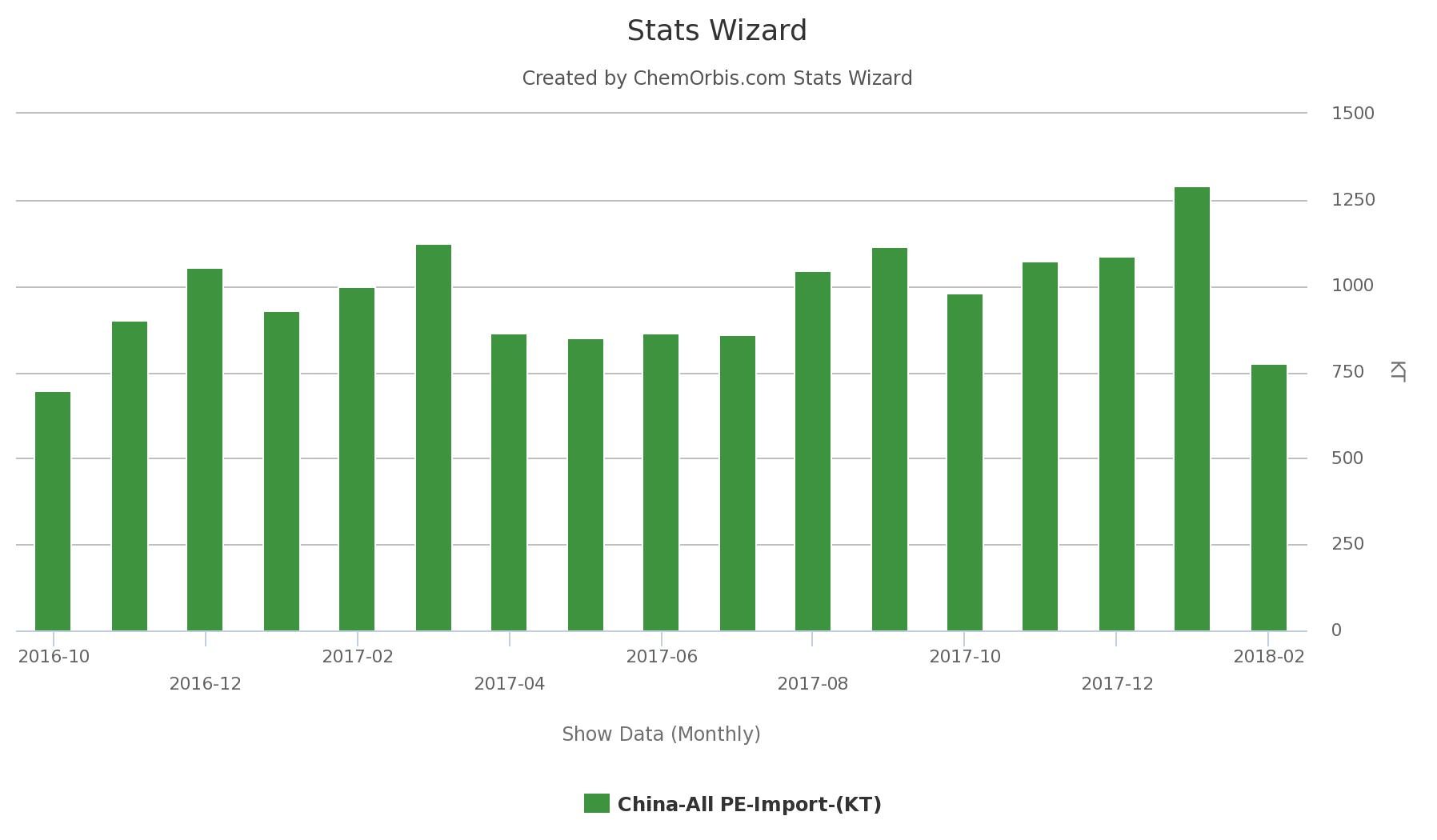 The remarkable decline in the country’s appetite for import PE is mostly attributed to the fact that buyers started to retreat to the sidelines by around late January ahead of the one-week long Chinese New Year holiday, which started on February 14.

“Most converters refrained from making import purchases in the pre-holiday period and met their urgent needs from the local market,” traders noted.

Meanwhile, overall domestic polyolefin supplies increased notably during the holiday in February when most converters were away from their desks. This week, a few sellers affirmed, “Stock pressure persists inside China as we hear that two major producers’ total polyolefin inventories remain above 900,000 tons.”